Bitcoin Struggles to Touch $8000, Will the Community Lose Hope in Crypto? 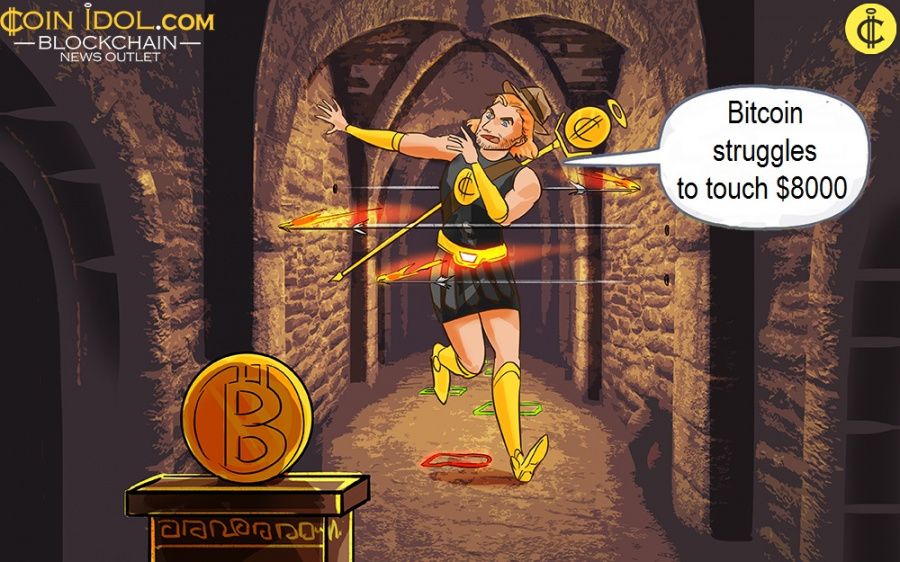 The entire cryptocurrency market is continuing to register massive losses. It is not even a month ago when Bitcoin was trading more than $1,450 (on Feb 13), but look at it now crawling in a price range of $7,600 - $7,900. That means that BTC alone has managed to decline by over $6,100 (declined almost by a half). And it brings more worry and loss of hope among the cryptocurrency community.

The Crypto Market Ended with an Overall Uptrend.

Bitcoin rebounded to the $8100 level, but continued to move sideways after falling below the $8000 level, as trading volume declined slightly to $41 billion.

Most of the major cryptocurrencies such as Ethereum and BCH surged compared to what they were trading in the morning, and Tezos soared by nearly 10 percent.

The total MC is seeking stability after massive losses in cryptocurrencies such as BTC have resulted in a loss of more than $20 billion in BTC's market cap and more than $40 billion in the market's MC over the past three days.

Cryptocurrency analyst PlanB predicted that after investing in the half-life of Bitcoin scheduled in May, many investors will enter the market and raise prices based on the analysis of the Stock-to-Flow (S2F) model. 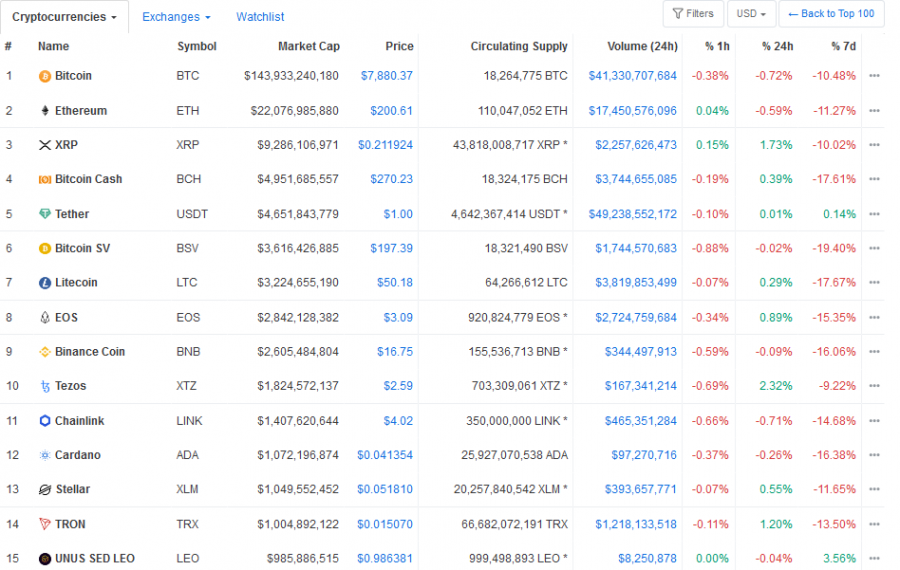 Thanks to this beautiful Wednesday morning, all the top 10 cryptocurrencies are now back in green except just 4 stubborn tokens (Bitcoin, Ethereum, BSV and Binance Coin).

Tags
Bitcoin Community Cryptocurrency Market Trading Price Volume Ethereum
Most Popular
May 04, 2021 at 09:24
PR
Peer-to-Peer Internet ThreeFold Goes Multichain to Accelerate Token Accessibility
May 03, 2021 at 15:03
News
China Eyes February 2022 Beijing Olympics for Digital Yuan Launch but Is It Still Viable Amidst COVD-19 and Rising anti-China Movements?
May 03, 2021 at 14:17
News
Ethereum Rallies Above $3,000, Breaches More Resistance Levels
May 03, 2021 at 13:00
PR
Everything You Want to Know about Stellar, and Why it’s Getting Added to 1xBit
May 03, 2021 at 12:17
News
Bitcoin Reclaims $58,000 Support as Bulls and Bears Resume Price Tussle
More