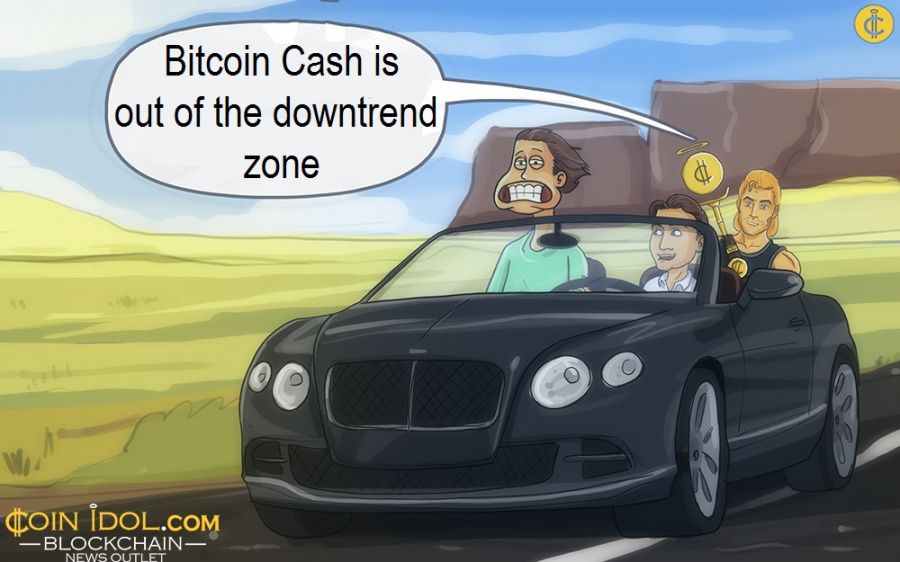 Unarguably, Bitcoin Cash is out of the downtrend zone as the bulls break key resistance levels. Especially, the bulls broke the $360 resistance which had earlier remained unbroken since August 2019. Earlier on, BCH was faced with price rejection at the $400 on January 18. The resultant breakdown lasted until the low of $300 was reached.

The $300 support is holding as the BCH bounces again at the current price level. Interestingly, the price has shot up and it is approaching the $400 price level. The coin was earlier rejected at that price level. Now if the bulls sustain the same momentum and break the resistance at $400, BCH will rise and reach the $480 price level. However, if the coin is hindered at the resistance, BCH may remain range-bound below the resistance.

The RSI period 14 is rising simultaneously with the coin. The indicator is above level 71 indicating that the coin is in the overbought region of the market. This explains that the upward move is doubtful as buying has been overdone. In the interim, sellers may be generated to push prices downward. 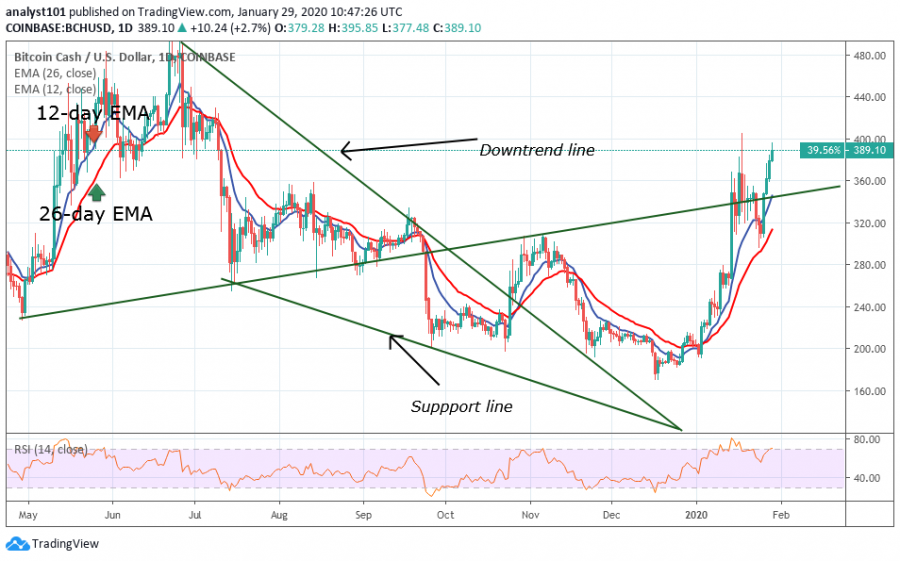 Bitcoin Cash is in an upward move approaching the $400 resistance. Presently, the upward move may be delayed by sellers. Currently, the market is at $393 price level. If BCH is resisted, it may fall to the support of the $360 price level. The coin may resume its upward move if the support holds. It will foretell negatively if the bears break below $360 support.

Tags
Bitcoin Cash Cash Bitcoin Price Breakdown Downtrend Support Market
Most Popular
May 03, 2021 at 15:03
News
China Eyes February 2022 Beijing Olympics for Digital Yuan Launch but Is It Still Viable Amidst COVD-19 and Rising anti-China Movements?
May 03, 2021 at 14:17
News
Ethereum Rallies Above $3,000, Breaches More Resistance Levels
May 03, 2021 at 13:00
PR
Everything You Want to Know about Stellar, and Why it’s Getting Added to 1xBit
May 03, 2021 at 12:17
News
Bitcoin Reclaims $58,000 Support as Bulls and Bears Resume Price Tussle
May 02, 2021 at 11:54
News
South Korea Announces Testing of CBDC Right After Imposing a New Tax Framework; Is It a Coincidence?
More