Bitcoin Cash Recovers and Rebounds above $256, a Retest of $360 High Likely 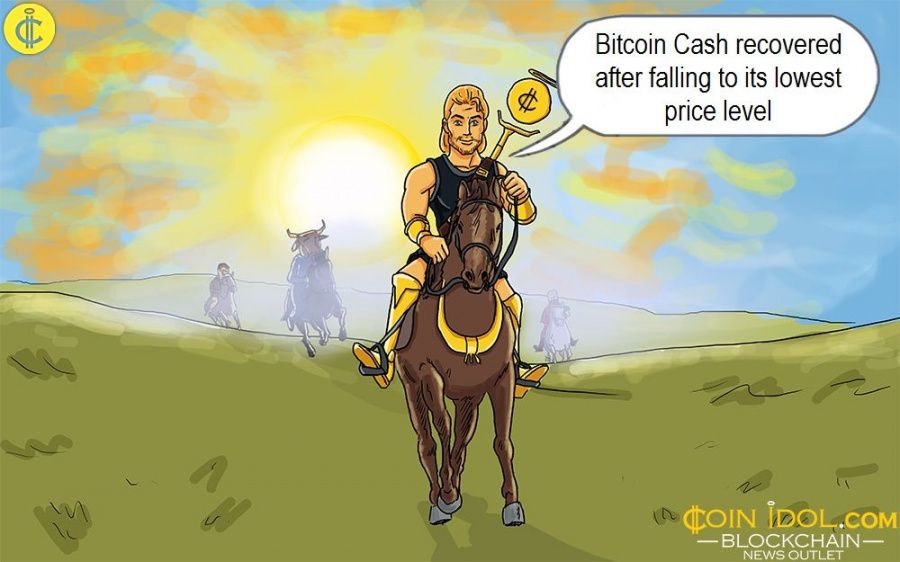 On December 11, BCH fell and recovered after falling to its lowest price level. In its first upside momentum, the altcoin rallied to $283.

BCH price has broken above the SMAs which suggests an upward movement of the coin. Besides, the altcoin is above the 40% range of the daily stochastic. This indicates that the coin has bullish momentum. The coin has risen to level 60 of the Relative strength index period 14. It indicates that BCH is in the uptrend zone and above the centerline 50. 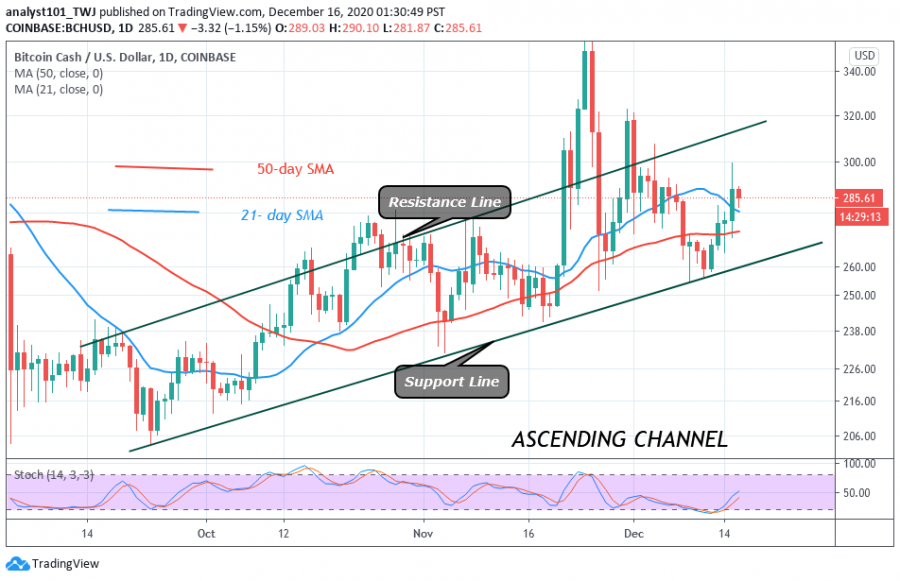 With the recent price movement, the Fibonacci tool has indicated an upward movement of the coin. Yesterday, the coin retested the $300 resistance zone and pulled back. The retraced candle body tested the 61.8% Fibonacci retracement level. The retracement indicates that BCH is likely to rise to level 1.618 Fibonacci extension. In other words, BCH will reach a high of $320.62. 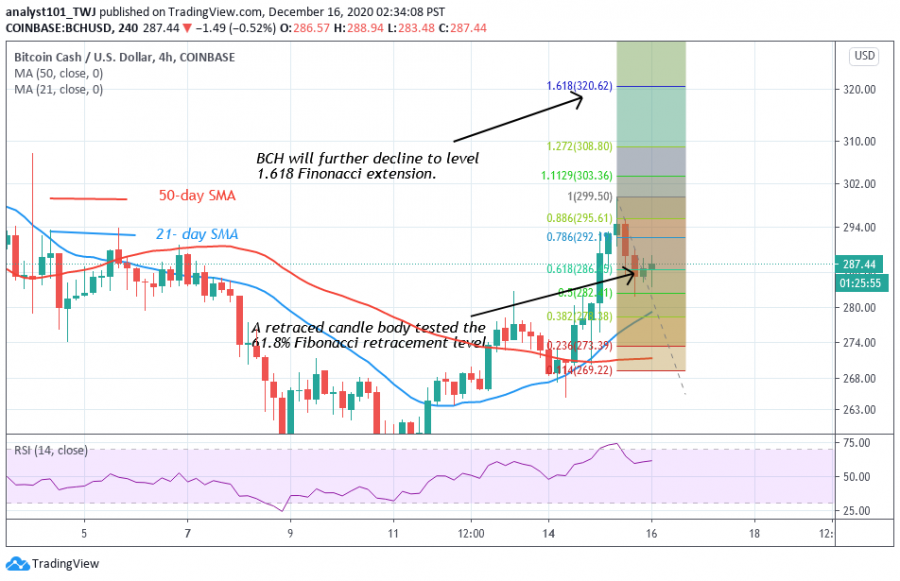