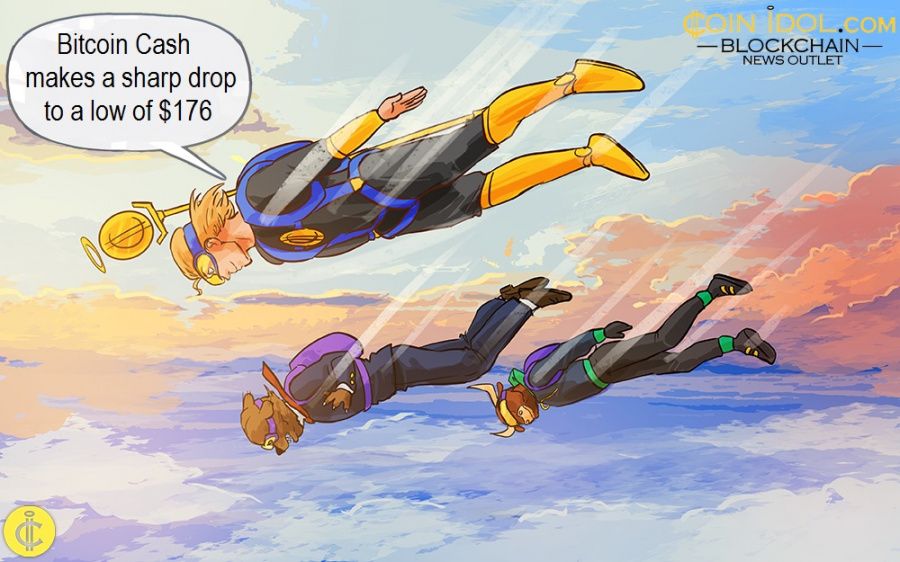 Finally, the support at $200 has been breached as BCH makes a sharp drop to a low of $176. The support had been holding since September during which the coin was fluctuating between the levels of $200 and $240. In November the selling pressure becomes much as the coin concentrated its fluctuation between $192 and $227.

Sellers have taken control of price as the coin makes a downward move. Bitcoin Cash may not face any serious resistance as the decline continues. However, the selling pressure may subside as the coin gets to a low of $167 or $160 support. Meanwhile, at the low of $167, BCH may pause for a sideways move above the support.

As the breakdown continues, the coin is approaching the downtrend line. A possible break below the downtrend line will result in further depreciation. Surprisingly, the RSI has gone below level 24 suggesting an oversold market conditions. There is the likelihood of the emergence of bulls as the market reaches the oversold region. 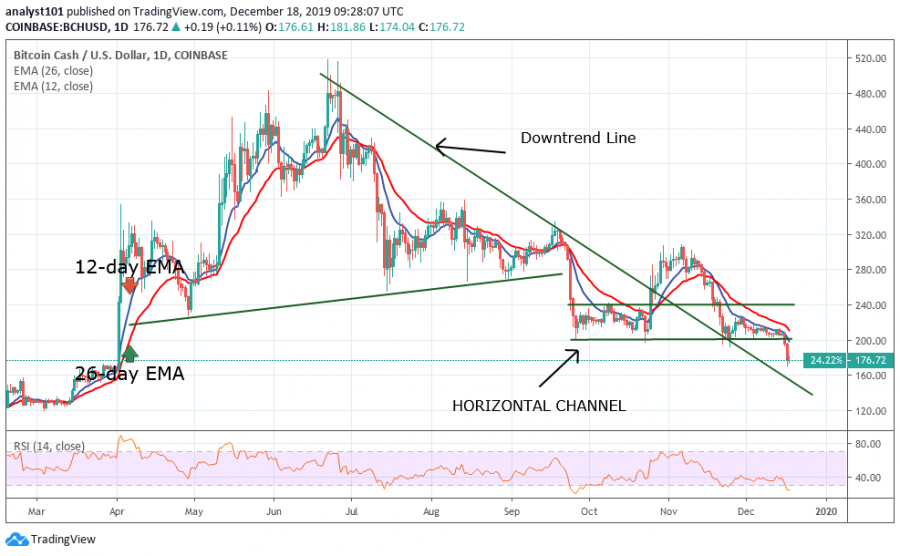 Bitcoin Cash has resumed a downtrend, meaning that a further decline is possible. The break down is likely to be strong as the support had been holding over three months. The price decline will affect position traders who had enjoyed the relative stability in the price. However, short term traders will be happy because the market is trending. Short term traders make profits when the market goes up and down.