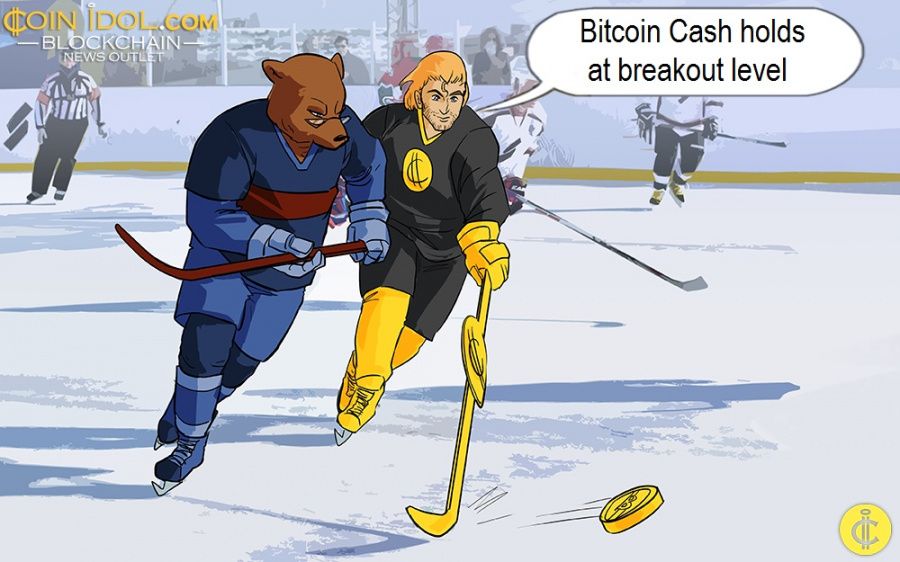 Bitcoin Cash is trading at level 53 of the daily RSI period 14. This indicates that BCH is still in the uptrend zone where it tends to rise. Looking at the ascending channel, the bulls defended and survived the downtrend in the meantime. However, if the bears have succeeded in breaking the support line of the channel, then the downtrend will take its usual effect. 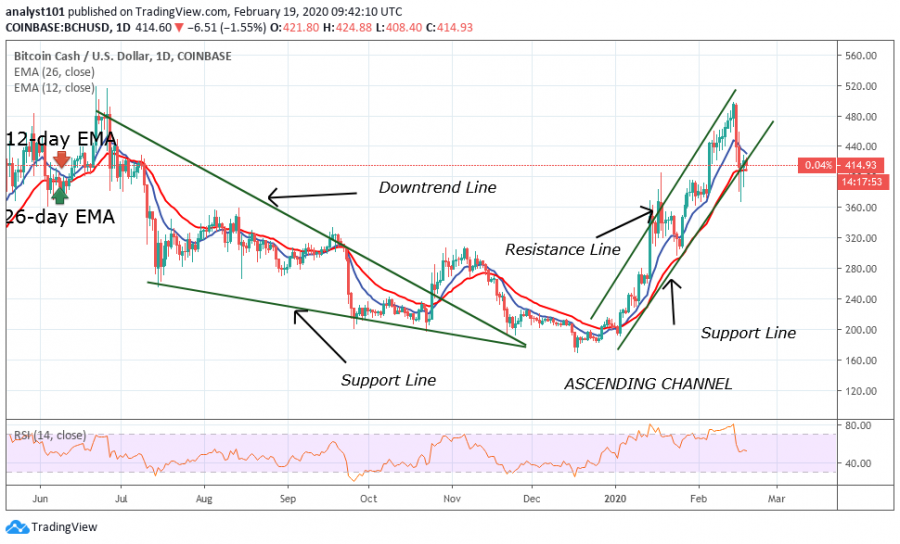 Bitcoin Cash is now trading above the support of $380. Expectantly, the bulls are resuming an upward move to retest the resistance at $500. Currently, BCH is facing minor resistance at $420. Nonetheless, if the resistance persists, BCH will be compelled to a sideways move between $380 and $420.