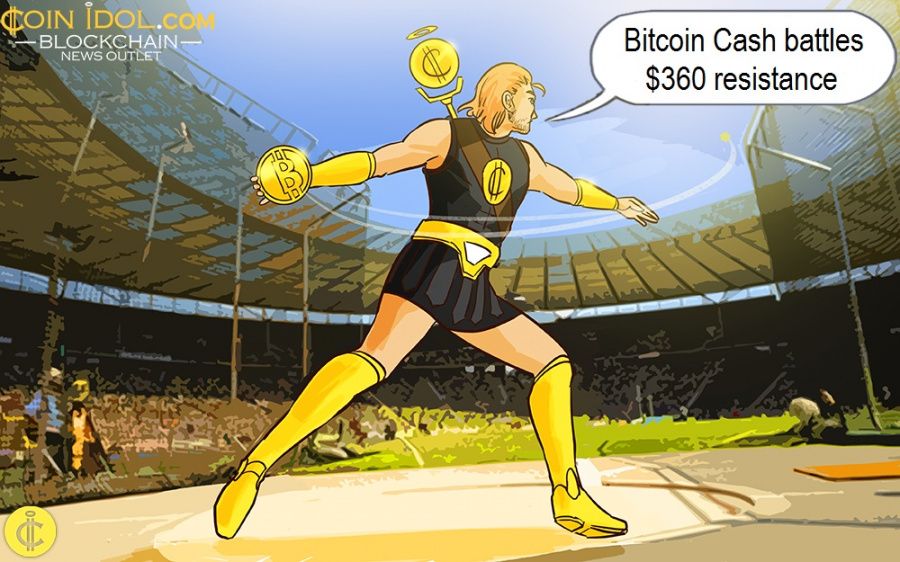 The bottom line is the breaking of the resistance at $360. On the upside, if price successfully crosses above $360 and the momentum is sustained, BCH will reach a high of $500. Conversely, if the bulls fail to push above the resistance, the market will resume a sideways move.

Fortunately, the bulls have emerged in the oversold region as the stochastic bands are above the 20% range. This is an indication that the upward move has begun. The 12-day EMA has been breached as the price continues its upward move. 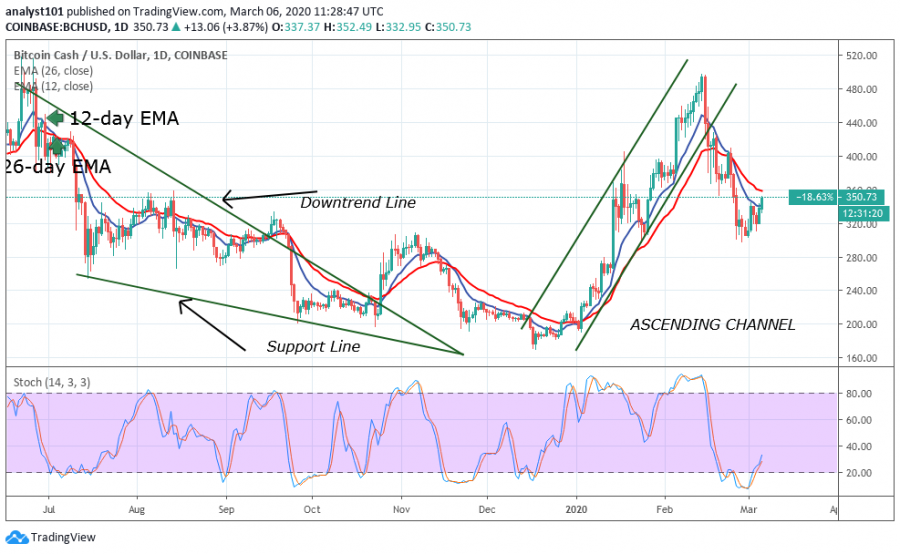 Bitcoin Cash moves to face an important resistance at the breakout level. BCH is likely to cross above $360 resistance. The upward move has been gradual from the low of $300. The movement was initially hindered by the 12-day EMA but has broken above it.

Tags
Bitcoin Cash Bitcoin Cash Correction Market Downtrend Price Research Analytics
Most Popular
May 07, 2021 at 12:43
News
Ripple Faces Stiff Resistance at $1.70 High as Bears Attempt to Sink XRP to $1.00 Low
May 07, 2021 at 10:39
News
Revolut Users Will Gain Stronger Control of Their Bitcoins with New Withdrawal Feature
May 07, 2021 at 09:27
News
Binance Coin Retraces to $600 Support and Resumes Upward Move, Further Upside Momentum Likely
May 06, 2021 at 12:32
News
Bitcoin Struggles to Sustain Above $58,000 Support, Lacks Buyers at Higher Price Levels
May 06, 2021 at 11:35
News
Ethereum Is Growing on a Wave of Investment
More