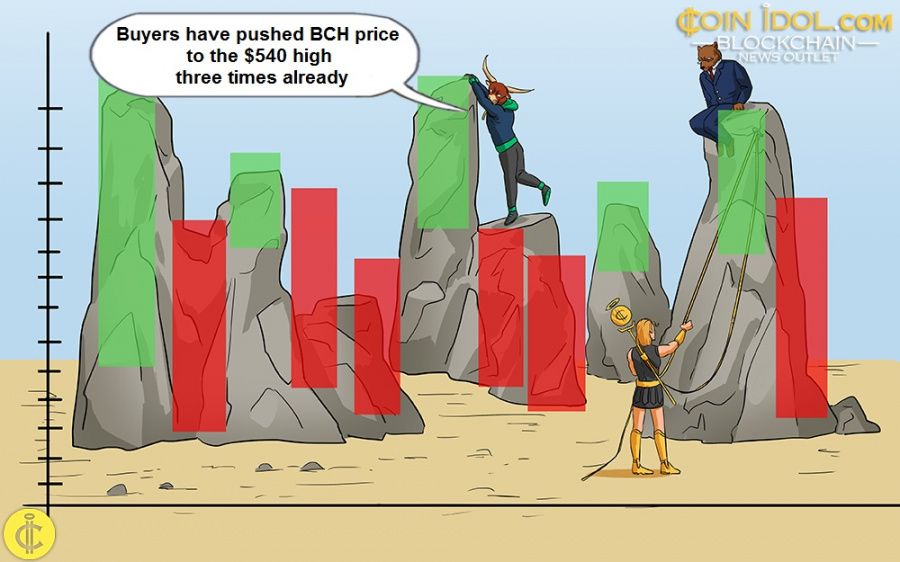 Bitcoin Cash (BCH) has fallen to a low of $446 as sellers intend to push BCH price to its previous low of $387. The rejection at the $510 high signals the resumption of the downtrend.

Buyers have pushed BCH price to the $540 high three times already, but have been unable to break through $540 resistance. Selling pressure overwhelmed the bulls as the altcoin fell to a low of $480. Buyers made another attempt to push the altcoin to the previous high. The upside correction tested the $500 high twice but failed to continue. The current rejection forces the altcoin to resume a downward movement. On the downside, BCH will fall to a low of $400. The crypto will continue to depreciate if it breaks below the previous low of $387.

The 21-day line SMA acts as a resistance line to BCH. In the downtrend, BCH price has encountered rejection at the 21-day line SMA. BCH is below the 20% area of the daily stochastic. This indicates that the market has reached the oversold area. It is believed that the selling pressure is likely to ease. However, in a market with a strong trend, the oversold condition may not last. BCH /USD has fallen to the 29 level of the Relative Strength Index period 14. The RSI indicates that Altcoin is also oversold. 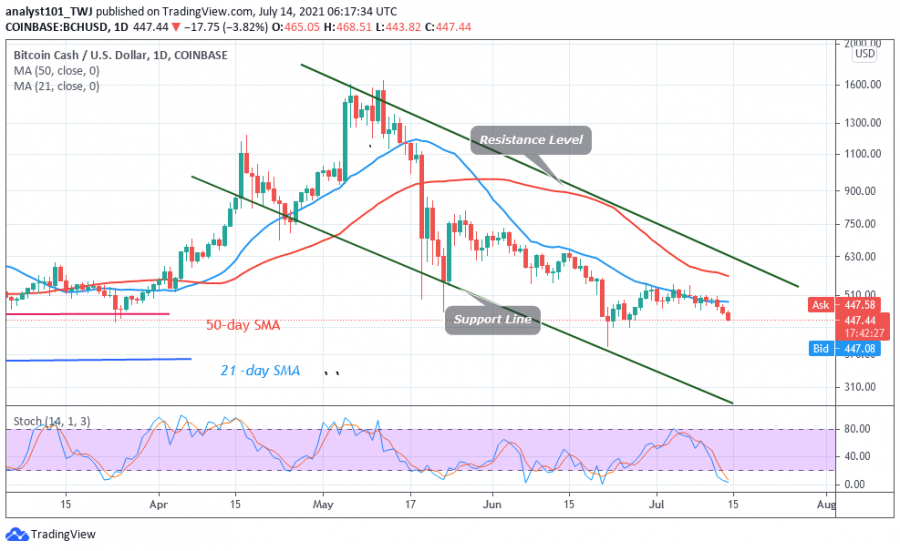 Bitcoin Cash has resumed its downward movement. This is after its rejection at the 21-day SMA. Meanwhile, on July 9 downtrend, a retraced candle body tested the 50% Fibonacci retracement level. The retracement indicates that BCH will fall to the 2.0 Fibonacci extensions level or the $401. 45 level. 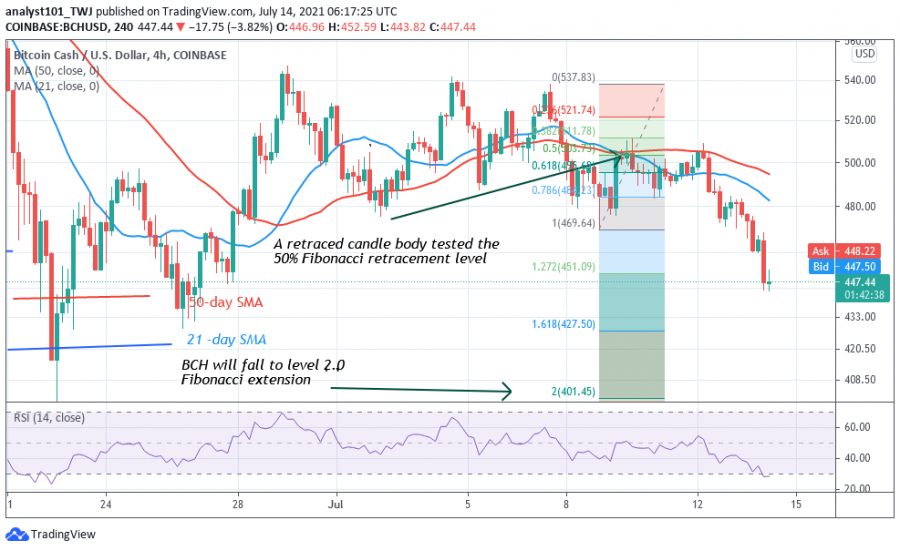 Disclaimer. This analysis and forecast are the personal opinions of the author and are a recommendation to buy or sell cryptocurrency and should not be viewed as an endorsement by Coin Idol. Readers should do their own research before investing funds.

Tags
Bitcoin Cash Price Downtrend Market Fibonacci Support
Most Popular
Sep 22, 2021 at 12:12
News
Banks in EMEA Miss Out the Potential of Blockchain, with Only 19% Benefiting from the Technology
Sep 22, 2021 at 11:11
News
Bitcoin Cash Drops Sharply to the Oversold Region, Poises for a Fresh Uptrend
Sep 22, 2021 at 10:15
News
Learn Professional Trading From The Best. DIFX Academy Is The Place To Be
Sep 22, 2021 at 09:17
News
Cardano Declines to the Previous Low at $1.91 as Bears Resume Selling Pressure
Sep 21, 2021 at 13:11
News
The Chinese Digital Yuan Shows Success, but WeChat and Alipay Pose Threats
More