Bitcoin Fails to Break Resistance, Is Another Drop Coming? 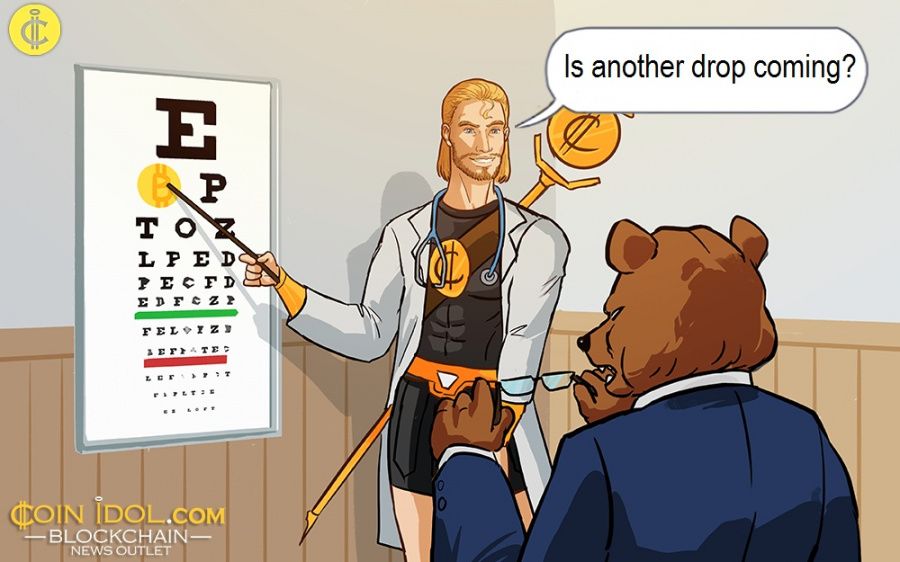 Analysts believe that breaking the $7,200 level is a key point for further growth, and if Bitcoin fails to break through this level, the market might face another bullish trend, as the price might collapse below $6,000. An important condition for reaching the $8,000 level is BTC’s ability to break $7,400 resistance. 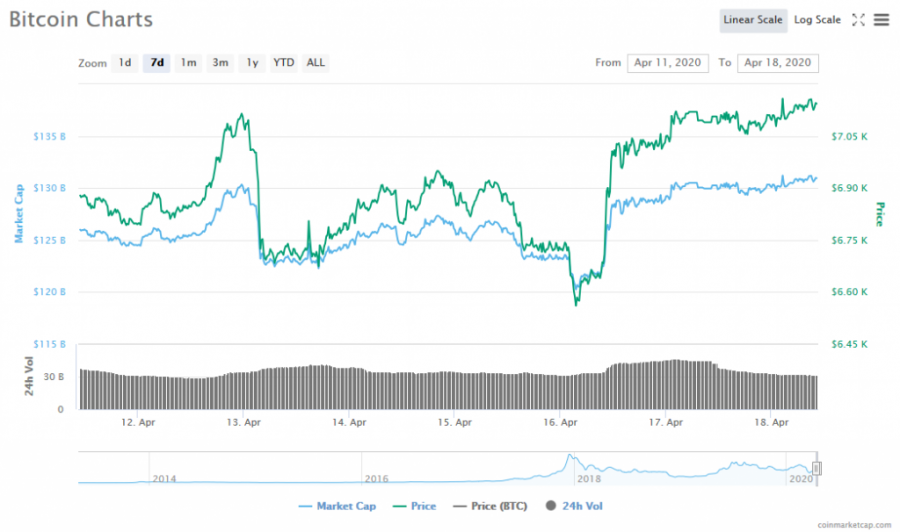 Bitcoin is dominating the crypto market by 63.8%. The entire market capitalization is sitting at more than $205.061 bln and the entire volume is at $114.907 billion.

What about the halving?

Despite speculations about a possible drop, many experts are bullish about bitcoin due to the upcoming May halving. As the mining reward reduces, the BTC price is expected to go sky-high. However, as practice shows, halving does not mean an imminent price increase.

As coinidol.com, a world blockchain news outlet has reported, the halving of Bitcoin Cash and Bitcoin SV resulted in a strong negative sentiment, however, both assets are recovering now. Nevertheless, no one has seen any skyrocketing of the price. So no one can guarantee that bitcoin is not following the same path.

Many experts support such an opinion though. For instance, Mike Novogratz told Bloomberg now is the right time to buy BTC, as halving and increasing adoption will likely push the asset’s price forward. A cryptocurrency trader LightCrypto said on Twitter that he feels that the $8k price level is close, and predicted that Bitcoin could soon rise to $8k with a 15% rally from its current level.

After 1 month of consolidation, it seems that tension will be resolved shortly, with enough kindling built up for a strong leg.

Is it time to sell?

On the other hand, analysts observe a strong correlation between bitcoin and stock markets. For example, BTC price has plunged to its record low of $3,800 during Black Thursday, and this event was triggered by the collapse of the stock market.

Therefore, if the US stock market continues to recover next week due to the Fed and the US government's aggressive economic stimulus efforts and the relief of the crisis surrounding the coronavirus, bitcoin is expected to rise further. However, there are also signals that the uptrend in the stock market might approach its exhaustion. In this case, the BTC price might go down even despite the halving.

NEM Ventures trading head Nicholas Pelecanos recently told Coindesk that Bitcoin has not been a safe asset so far due to this correlation. Another cryptocurrency trader Scott Melker who had been objecting to any correlation with stocks, also acknowledged that stocks and Bitcoin have moved similarly over the past few weeks.

Anyway, as of now, it is meaningful that Bitcoin has exceeded the decisive level of $7,200 and managed to stay there. It is also important that the size of the buying force appeared to be larger than the selling force currently in the market. It is a symbol of a greater movement in the cryptocurrency markets signifying that both retail and institutional buy-side volume is sparkling as the halving comes closer.