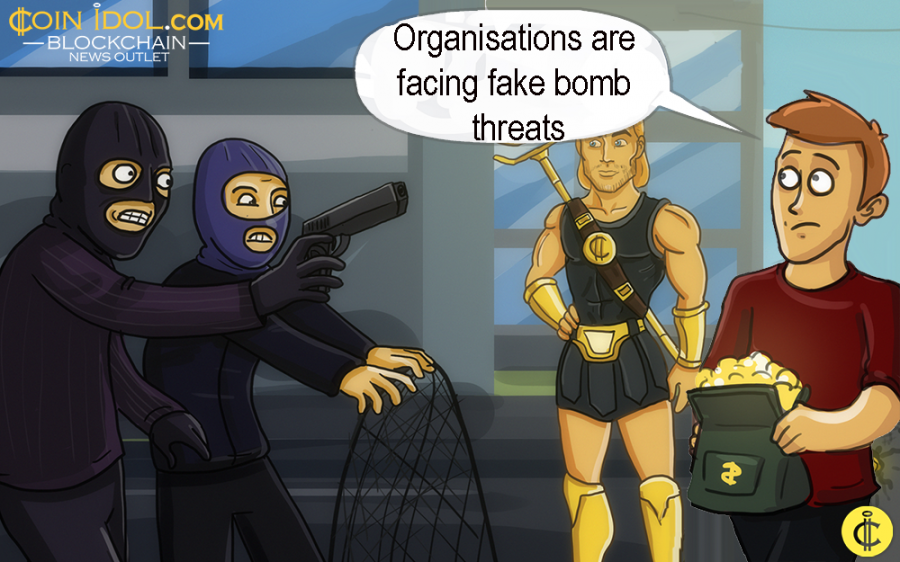 The recent ‘bomb threat’ spam campaign seems to be a subsidiary action to another disgraceful email blackmail effort. Organisations and institutions such as universities, news outlet, schools, businesses across the globe are facing fake bomb threats.

Various researchers with Cisco’s Talos reveal that the influx of emails floated on December 14 asking that receivers pay a Bitcoin (BTC) ransom or else they face a bomb attack on their respective offices of work, is just a growth of the fright-tactic blackmail scam that surfaced in October 2018.

In the scam, the illicit sender copied several passwords from a for-sale item of stolen credentials and then mailed them to a particular target group saying that it had installed malware in their PCs. These victims were demanded to send money or else face compromising videos anonymously leaked. However, the videos were not existing in reality and even the malware was nowhere to be seen. 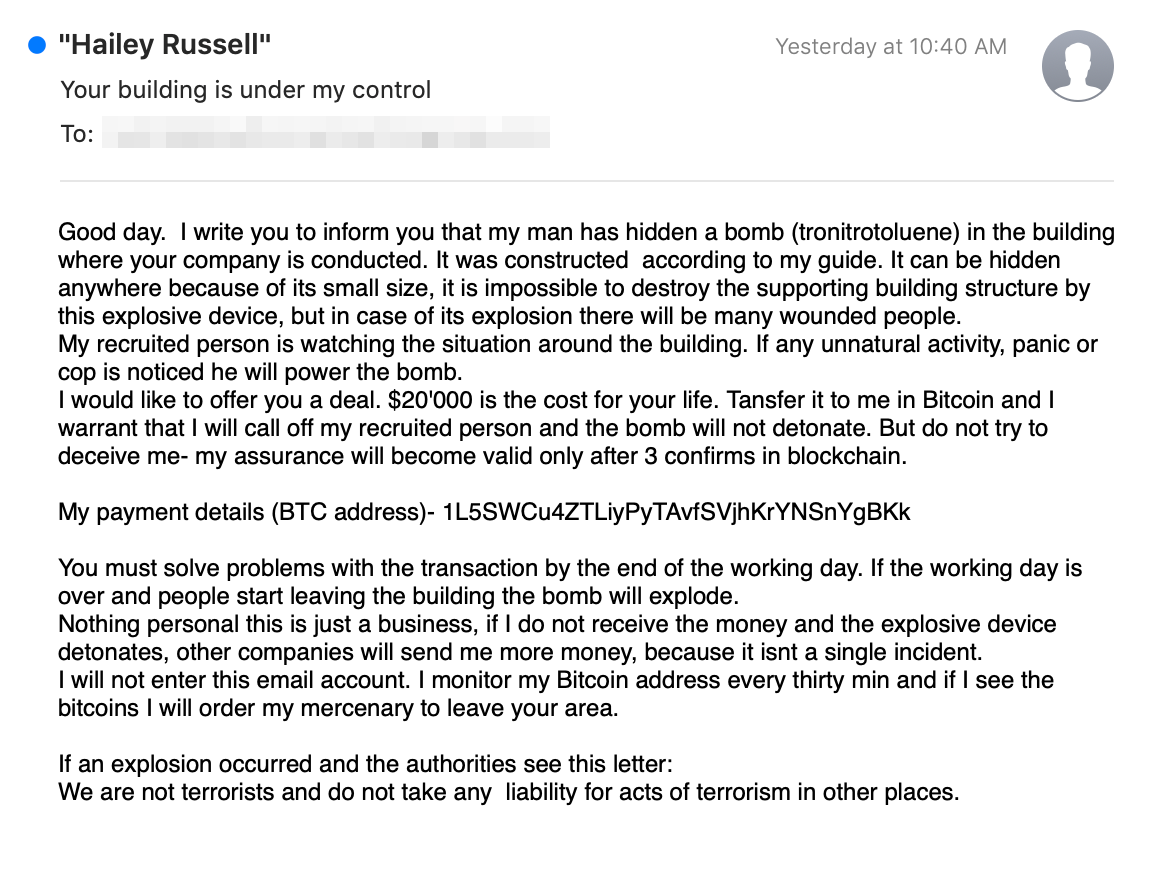 The above is an example of the malevolent, fake emails that the attackers sent to various organizations across the U.S. on December 13, 2018.

Last week, the swindlers turned to a fresh genre of threat and menace, sending out malicious emails claiming that receivers’ buildings will be baptised with bomb fire and fury unless they sent around $20,000 in BTC.

According to Jaeson Schultz, a Cisco Talos researcher, the email composition and request for BTC payoffs were noteworthily similar and he knows the reason why.

"Only two of the addresses have a positive balance, both from transactions received Dec. 13, the day the attacks were distributed," Jaeson revealed.

Nevertheless, the amounts of every transaction were below $1, so its clear victims refused to pay the $20,000 blackmail payment price illegally asked by the malevolent attackers.

And it's not surprising that on Friday, the gang resolved to try another big threat to frighten peeps out of their cryptocurrencies, and this time around it is a deadly threat of an acid attack. 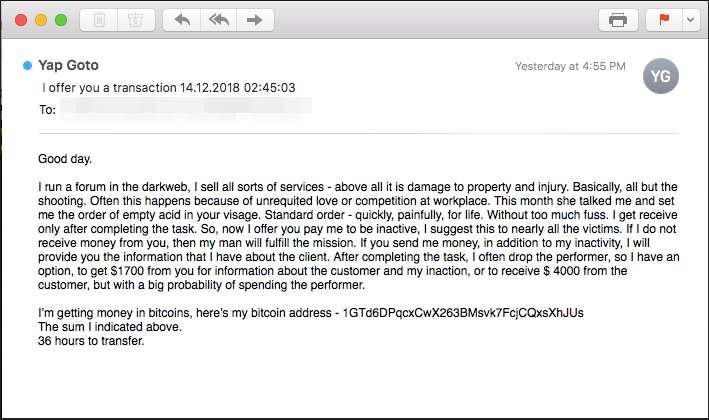 The above is also an example of the latest extortion emails, saying they will pour acid on the victim unless they get a BTC payment.

Do NOT pay extortion payments.

Tags
Sextortion Bitcoin Fake News Malware Payment Attack Price Transaction
Most Popular
Oct 04, 2022 at 09:16
Price
Litecoin Breaks Through Resistance At $54 And Sets Its Sights On The High At $64
Oct 03, 2022 at 16:13
Price
Ethereum Approaches Oversold Region And Targets The Low At $1,098
Oct 03, 2022 at 15:05
Price
Chainlink Price Declines Significantly As It Faces Rejection
Oct 03, 2022 at 14:51
Price
Weekly Cryptocurrency Analysis: Altcoins Struggle With Downward Corrections As Cryptocurrencies Approach Lower Price Levels
Oct 03, 2022 at 12:42
Price
Bitcoin Is In A Tight Range: A Breakout Or Collapse Is Imminent
More