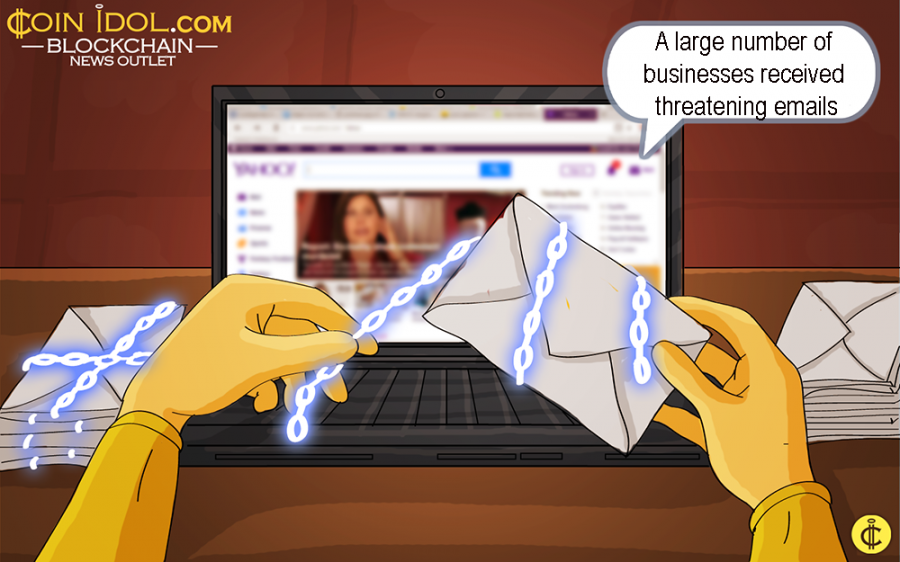 A large number of businesses and other major institutions operating in the U.S and Canada received threatening emails on the afternoon of December 13, 2018, initiating sweeps and evacuations of several buildings.

It’s still ambiguous whether the threats that were received in Seattle, San Francisco, Washington DC, New York and Miami plus other places countrywide – are connected. These email threats also reached Toronto, Vancouver, Canada and Ottawa.

The Bureau of Alcohol, Tobacco, Firearms & Explosives and not forgetting the FBI, revealed that they are very much aware of these threats – indicating imminent danger, they are collaborating with law enforcement authorities to offer necessary assistance. The FBI noted:

"As always, we encourage the public to remain vigilant and to promptly report suspicious activities which could represent a threat to public safety."

Jason Robillard, Vancouver Police Department Sgt. said that commercial enterprises received threat but he doesn’t know if there were some buildings that evacuated.

An email asking $20,000 through Bitcoin (BTC) was received and forwarded to KOCO TV located in Oklahoma City by one viewer while at her business. It’s ambiguous if everyone that got a threat on December 13 afternoon got the same email. 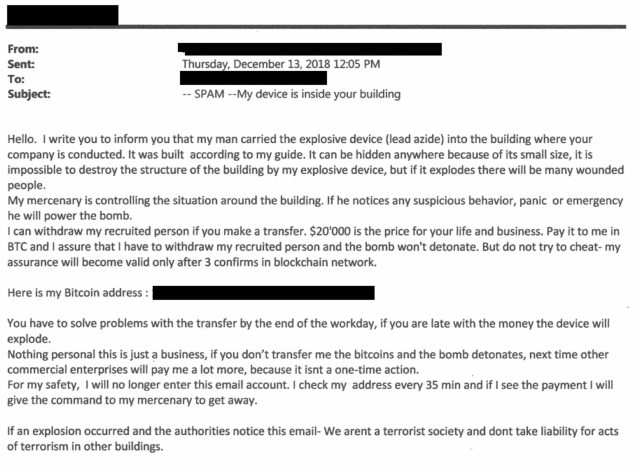 The message was similar to an email warning that Cedar Rapids, Lowa Police Department, put on social media. It posted:

"The Police Department has found NO CREDIBLE EVIDENCE that these emails are authentic. It appears to be a robo-email that has been sent throughout the area hoping to scam businesses out of money. We have also received information that businesses in surrounding counties may have also received this email."

Coinidol isn’t mentioning the names of the sender and receiver and the BTC account.

While reacting to bomb threats at places across the city, the San Francisco Police Department, said:

In December 2015, an identical emailed canard bomb threats, which forced officials to shut down public school system in Los Angeles, but later the national law enforcement officials evaluated it as an overreaction.

In March last year, a dual Israeli-U.S teenager citizen made bomb threats to over 100 Jewish organisations for many months and he was later arrested in Israel.

Similarly, an Islamic State married couple killed 14 people in a shooting rampage 16 days ago at the office building in one of the California county.