Bitcoin is on the Verge of Becoming Centralized 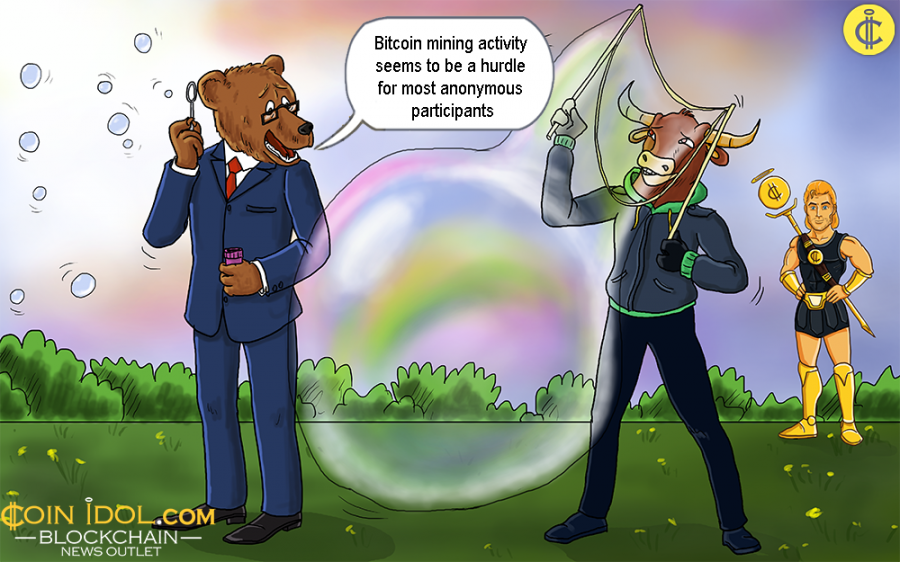 Today, Bitcoin mining activity seems to be a hurdle for most anonymous participants due to the massive competition originating from the giant pools. So far, some of the biggest miners we have in the industry include BTC.com, F2Pool, AntPool, BTC.TOP, Poolin, Huibi.pool, SlushPool, ViaBTC and many others. However, the largest share of about 40% is currently taken by only three companies, of which two of these (BTC.com and Antpool) are managed by one company (Bitmain). This has brought a lot of queries in the blockchain and digital asset industry and has left people thinking that the flagship crypto is on the brink of becoming a centralized cryptocurrency.

Bitmain is the world’s biggest producer firm which manufactures ASIC miners – Application Specific Integrated Circuit – and further control various giant pools on the prevailing network. Bitcoin has been the most dominant cryptocurrency for over a decade now because of one major reason: no one has full control over it – it is decentralized. But now that the process is slowly being dominated by a few individual companies, people are wary that perhaps it is on the verge of being centralized.

Nothing to be Afraid of Right Now

As it stands currently, three companies only theoretically have the majority of computing power. But the power is not actually theirs. In general, each pool also contains computing power belonging to other people. This is why the claim that Bitcoin mining could become concentrated in the hands of three players and become centralized is not entirely accurate.

“I can give a few examples from past experience. In 2014 Bitcoin could have been destroyed by a '51%' attack. The mining pool Ghash.io controlled 51% of all the processing power being used to perform the calculations that keep cryptocurrency secure. So there has been a case when Ghash had the ability to indirectly take money from people, by buying something and deleting the purchase. However, after the threshold was breached, some members of the mining pool pulled their computing power from the group. So nothing happened.
Bitcoin Cash in 2018 “hard forked” (split) into two different coins. The “big block” project that itself forked away from the Bitcoin blockchain in August 2017 fragmented into “Bitcoin Cash ABC” (BCHABC) and “Bitcoin Cash SV” (BCHSV).
If miners see 1-2 companies are concentrating over 51 percent of the Bitcoin network’s hashing power under their own control, they will most likely switch off their equipment or move it to other pools. The mining community would come together in that moment and thwart the centralization threat. The only question is how fast they would be able to coordinate their efforts.
Overall, the claim that 100% of the power in each pool is owned by the three big players is incorrect. I personally know mining companies and miners who have several thousand machines that they would switch off in case of a threat. There is nothing to be afraid of right now, so we should focus on developing the market and increasing people’s understanding of mining.”

Is it Expensive to Mine Bitcoin?

During the June 2019 Bitcoin Conference, Marco Streng, an industry veteran, raised major concerns related to increasing centralization. He further revealed that the industry needs to upgrade the protocol in order to solve this escalating issue. Monopolists including Bitmain has made the ground so rough for other startups and individuals to participate or compete favorably.

Around 22% of the miners are unknown, the remaining share is controlled by pools that are legally dedicated to it and they control over 28% of the entire activity. If at all Bitmain gets 50% of the hashpower, the ASIC manufacturer will be with enough authority to change an older block and even go ahead to alter transactions illegally, according to the Forbes report.

There is no doubt, mining is one of the most competitive operations in 2019 and this has made it very expensive in terms of operational costs. The mining strain is now over 7.93 trillion - which is a fresh record high so far this year. It soared from 7.45 to 7.93 trillion making it around +7%. Remember, BTC changes its strain every after 20,160 seconds – which is about 14 days.

Tags
Bitcoin Industry Mining Companies Cryptocurrency Blockchain
Most Popular
May 15, 2021 at 12:40
News
Low Orbit Crypto Cannon LOCC Lottery Draft Occurs Every Hour | Stake Once to Enter All Upcoming Drafts
May 15, 2021 at 11:20
News
Dogecoin Resumes Fresh Uptrend as Buyers Recoup Above $0.40 Support
May 15, 2021 at 10:24
News
Polkadot Rebounds above $36 Low, Attempts to Breach Resistance at $48
May 14, 2021 at 13:45
News
Ethereum Recovers but Struggles Below $4,000 Resistance Zone
May 14, 2021 at 12:52
News
Elon Musk Reverses Market Trend but Cryptocurrency Prices Regain After Collapse
More