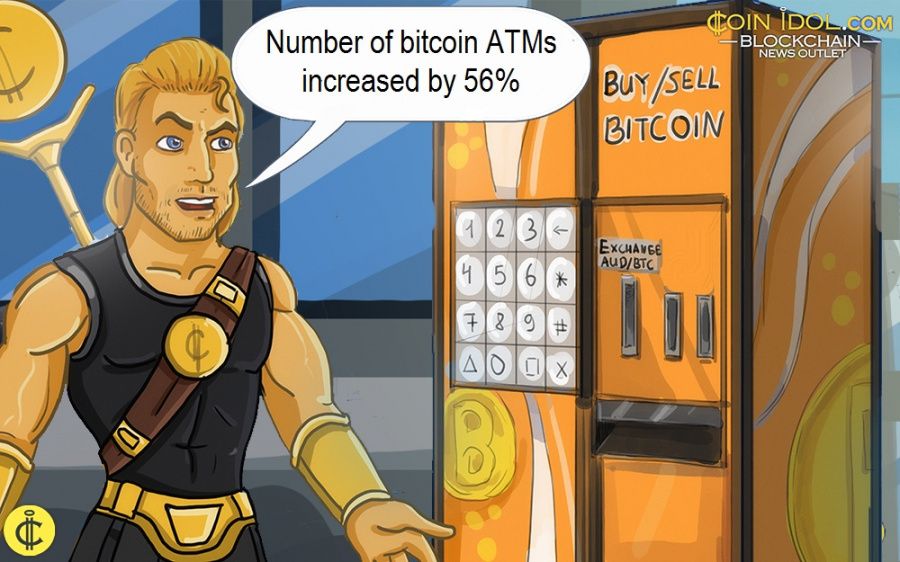 A new Crypto ATM review has indicated that the number of Bitcoin ATMs globally increased by more than 56 percent in 2019. According to the same report, the number of new Bitcoin users did not vary significantly from the 2018 figure. Experts believe that the rate at which new people join bitcoin is somewhat stagnant.

Bitcoin experienced an absurd bullish sentiment towards the end of 2017. The rise in the price of Bitcoin during that period redefined Bitcoin and its vast possibilities of application. Many developers registered hundreds of Bitcoin related projects searching for public funding options through ICOs.

Although Bitcoin ATMs existed way before the december 2017 imflux of bitcoin price, their number significantly increased during this period of time. Countries such as France, the United States, Germany and Switzerland had hundreds of Bitcoin ATMs installed at many public places countrywide.

As of now there are more than 6400 Bitcoin ATMs installed and in working conditions all over the world. Data from coinATMradar show that in january 2018 the number of working Bitcoin ATMs Globally was just 4100. This indicates that the number of bitcoin ATMs increased by a whole 2300 machines in a period of just 12 months.

According to another data source, most of the global Bitcoin ATMs are concentrated in the US. Data show that the United States alone hosts more than 4200 Bitcoin ATMs. This figure was around 2300 a year back in 2018. This is widely attributed to the convenient regulatory climate in the United States.

Although the number of Bitcoin ATMs in the US doubled in a period of just 12 months, it has not been the case in every country. In Austria, the number reduced by about 70 machines from 258 machines in 2019 to about 184 machines by jan 2020.

Unfortunately, we can not rely on the number of bitcoin ATMs installed globally to determine whether they are the prefered payment options. There exists a major Hiccups of high transaction fees which significantly limit the number of people using Bitcoin ATMs worldwide.