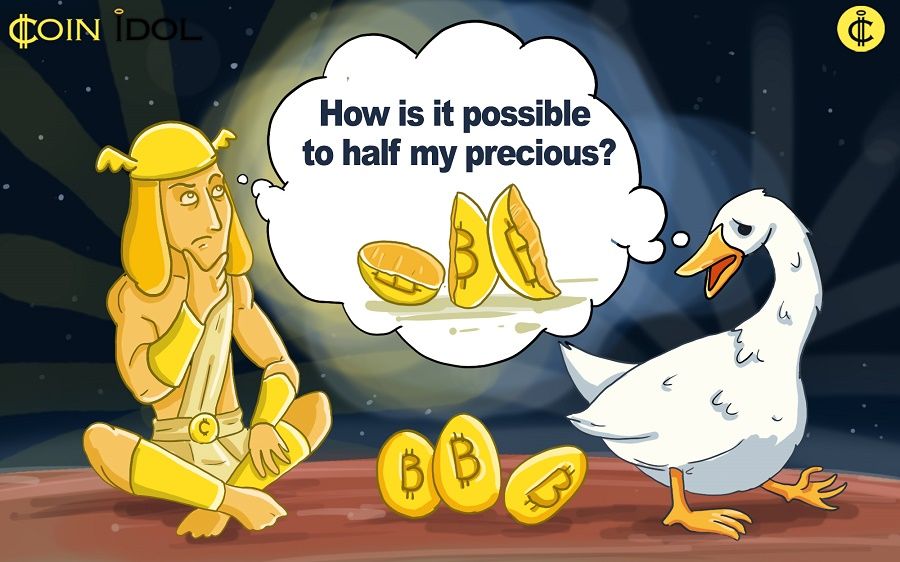 As we expected, this week the price of Bitcoin and altcoins remained stable. A sideways trend is typical for most cryptocurrencies at the moment.

Despite the fact that the world market is in a state of uncertainty, cryptocurrencies hold their positions.

The beginning of July hasn’t brought any significant changes for the Bitcoin price. The sharp rise up to the level of $764 on the eve of Brexit speaks of investors trust in Bitcoin.

Today the level of $665 is a support level, while $690 is a resistance level. Don’t forget that in three days we will have a two-times reduction in the reward for block mining. Considering this, high volatility of the Bitcoin price is expected. 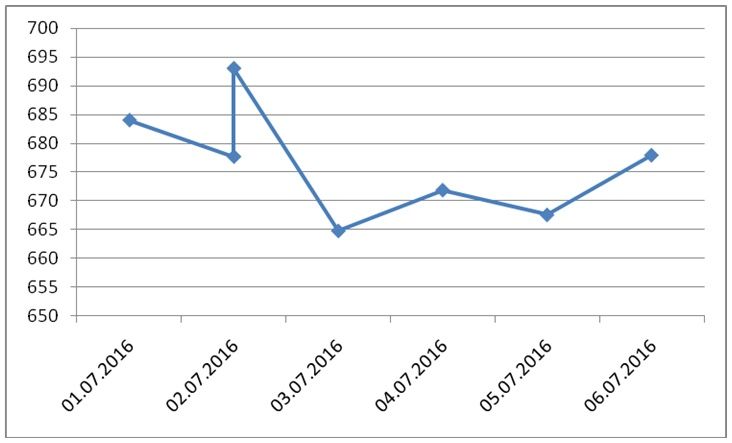 The exchange rates of USD/ETH pair tends to decrease. This is because of the relatively youth of ETH cryptocurrency, investors are cautious.

After the Brexit and uncertainty in global markets, investors prefer to sell ETH. It is obvious that the price of $10.80 is not the limit and the USD/ETH pair will continue to move to the level of $10.00, which is now a support level.

Overcoming this level will open the way to $9.00. Anticipation of the halving of rewards for Bitcoin mining will also bring a high probability of volatility of the ETH price. 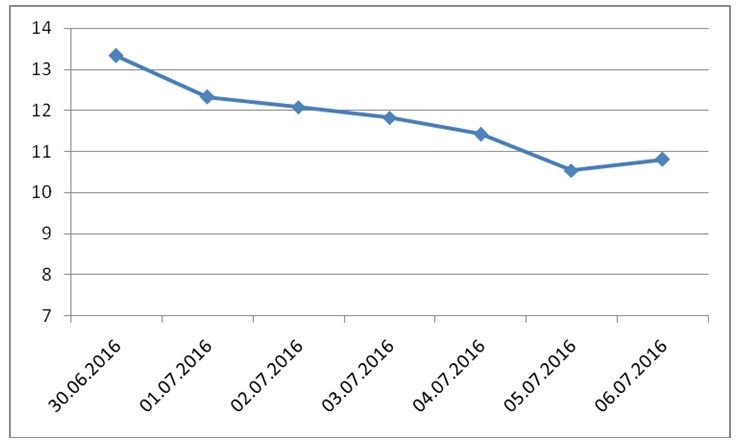 In the beginning of July the pair of USD/LTC is in trades between $4.28 - $4.55. The sharp decline in Litecoin prices on the eve of the Brexit speaks of a weak confidence in this altcoin among investors.

In general, the LTC price is directly dependent on Bitcoin price and anticipation of the halving of mining rewards in three days may substantially affect the price of USD/LTC. Today $4.15 is a support line. Resistance Line is $ 4.65. 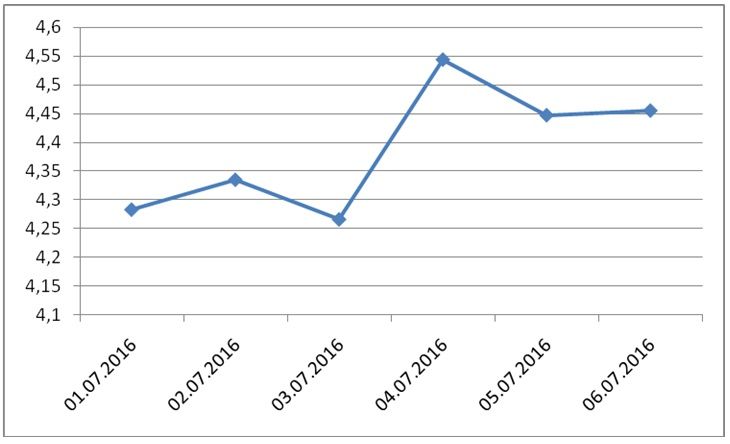 Today the USD/DOGE exchange rates reduced to the level of $ 0.00027. As in other cryptocurrencies there are no causes for Dogecoin price growth. The uncertainty in the global markets and the expected decline in rewards for Bitcoin block mining forces investors to be cautious. We expect movement USD/DOGE between the levels of $0.00026 - $0,003. 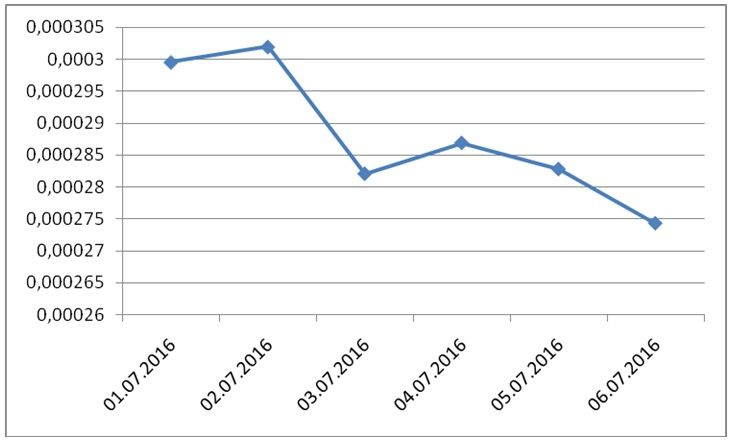 In anticipation of the double-declining of rewards for Bitcoin block mining the other cryptocurrencies are being traded moderately. We expect a high volatility of the main currency pair USD/BTC, which could lead to an abrupt change in value of this altcoin.

It remains an open question: whether to expect growth of Bitcoin in the coming days?

Tags
Bitcoin price Price July Altcoin Cryptocurrency Exchange Mining Ethereum Bitcoin
Most Popular
May 02, 2021 at 11:54
News
South Korea Announces Testing of CBDC Right After Imposing a New Tax Framework; Is It a Coincidence?
May 02, 2021 at 10:36
News
Chainlink Breaks Initial Resistance at $38, Eyes $44 Overhead Resistance
May 02, 2021 at 09:14
News
Uniswap in Minor Retracement, Set for More Upside Momentum
May 01, 2021 at 12:54
News
Russia is Going to Establish a Special Department for Exploring Artificial Intelligence
May 01, 2021 at 11:58
News
Dogecoin Price Pushes To The Upside; Can Bulls Breach The $0.45 Resistance Zone?
More