Bitcoin and Other Cryptocurrencies are Booming on the African Continent 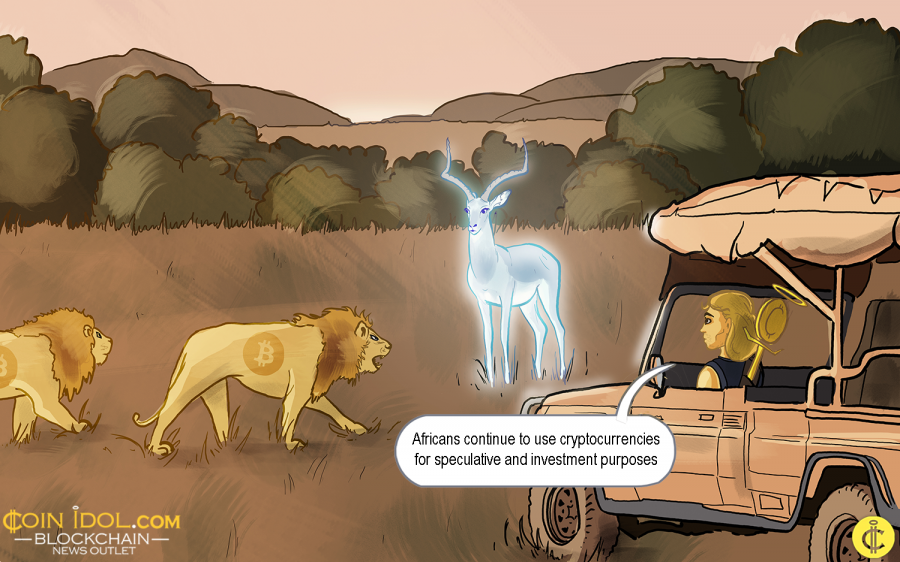 Despite hacking scandals and high volatility, Africans continue to use cryptocurrencies for speculative, investment, and savings purposes. This highly perceptive continent of technological innovations has become a new El Dorado for digital currencies, which store transactions in a public and ultra-secure database called blockchain.

Bitcoin, Ethereum, Litecoin, Ripple, Dash and other cryptocurrencies are gaining their credentials in many countries of Africa, including South Africa, Nigeria, Ghana, Kenya, Zimbabwe, Uganda, and Sudan. According to a report released last January by the US bank Citibank, three African countries are in the top 10 global Bitcoin holders as a percentage of GDP. This is Nigeria, where the value of bitcoins held by investors represents 3.4% of the country's GDP in 2017, Kenya (2.3% of GDP) and South Africa (2.1% of GDP).

In addition, Paxful announced last March that it earned an average of $40 million per month in Africa. The world leader in Bitcoin P2P exchange, which offers more than 300 payment methods ranging from cash and gift cards to Paypal and bank cards, has also indicated that Nigeria and Ghana occupy respectively 2nd and 3rd place in the ranking of its largest markets in terms of volume, coming right behind the United States.

Cryptocurrency trading platforms and blockchain startups are flocking to the continent, as there are many opportunities for business growth. Over the past year, fifteen new trading platforms targeting mainly sub-Saharan African countries have been launched. For example, the Kenyan start-up BlazeBay launched the first African cryptocurrency called “Nurucoin" last February. This digital currency mainly targets companies and investors operating in the e-commerce sector. Meanwhile, Alland & Robert, a company specialized in acacia gum production, prepares to improve its supply chain in Mali and Sudan by means of blockchain.

It worth mentioning, that Chankura Crypto Exchange, a South African platform for exchange of digital currencies based in Silicon Valley, has been estimated to reach $3.6 million in the average daily volume of Bitcoins exchanged in South Africa and Nigeria during the year.

In some countries of the continent, the cryptocurrency players have also raised funds for businesses through initial coin offerings (ICOs), a technique at the crossroads of crowdfunding, blockchain, and IPOs. In January, the SureRemit platform launched an ICO in which investors bought 500 million tokens worth $7 million just in two days. This fundraising enabled SureRemit to finance its incursion into the cross-border market of money transfers in cryptocurrencies.