Bitcoin Attempts to Hold Above $20,000 but Trades in a Tight Range 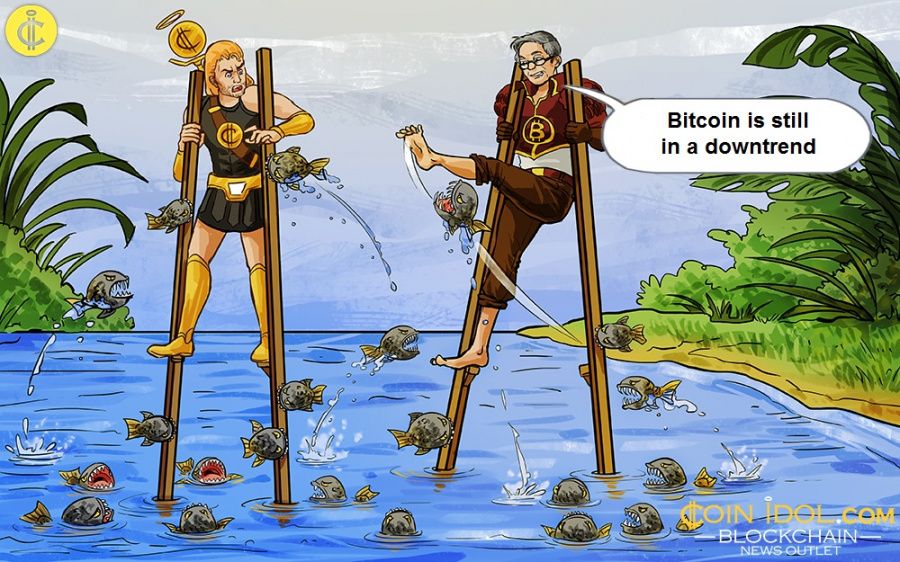 The Bitcoin (BTC) price has finally fallen to the psychological $20,000 mark. On June 14, the largest cryptocurrency fell to a low of $20,816 and consolidated back above the current support.

After the initial dip on June 13, BTC/USD continued to consolidate above the psychological price level of $20,000. In the last 48 hours, the cryptocurrency fluctuated between $20,050 and $23,000 price levels. A further decline is unlikely as the market has reached the oversold zone. The question is: has bitcoin reached the lower price limit?

Some analysts like Mike Novogratz believe that the bottom is near. According to him, "Ethereum should hold around $1,000 and is at $1,200 right now. Bitcoin is at $20,000, $21,000, and now $23,000, so you are much closer to the bottom in cryptocurrencies than stocks, which I think are going to fall another 15% to 20%." Meanwhile, the bears have retested current support twice, while the bulls have bought the dips. The downtrend will continue if the bears fall below the $20,000 support. The cryptocurrency will decline and retest the $17,500 and $16,000 support levels. At press time, the cryptocurrency is trading at $21,715. 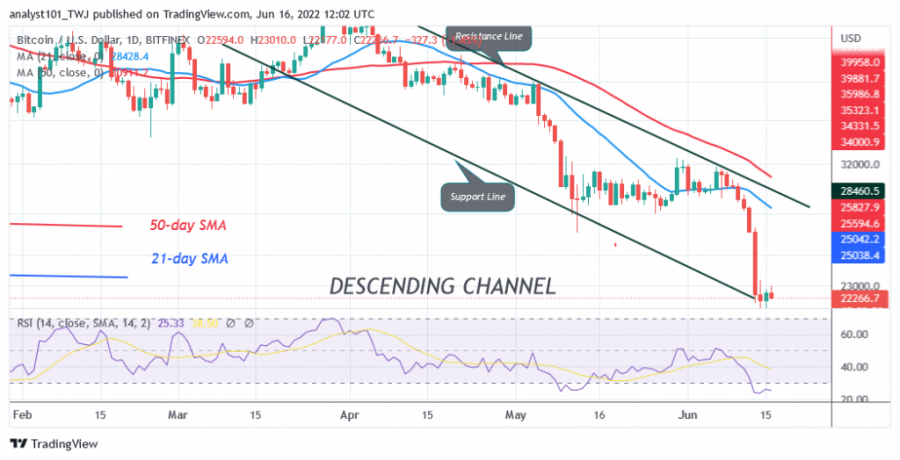 Bitcoin is still in a downtrend as the bears continue to try to retest the key support at $20,000. According to one analyst, panic buying and selling will occur if Bitcoin continues to fall below the $20,000 price level. Meanwhile, Bitcoin has reached the oversold region of the market. The oversold region may attract buyers, which will drive prices higher. 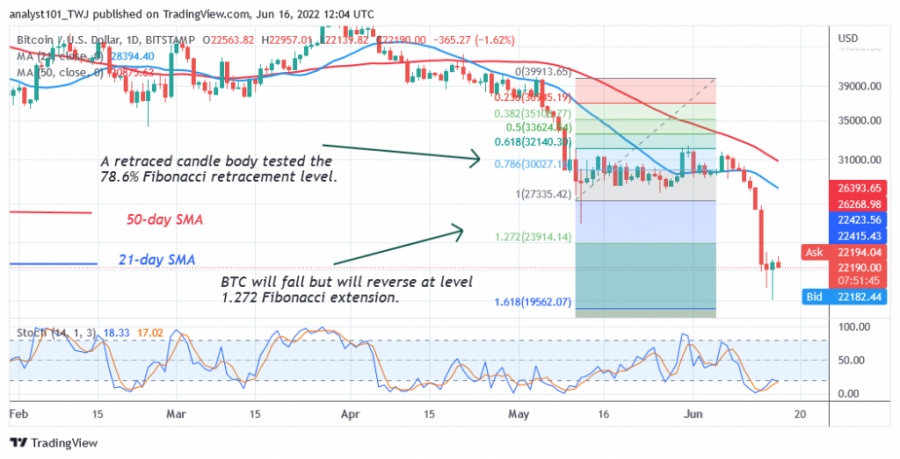