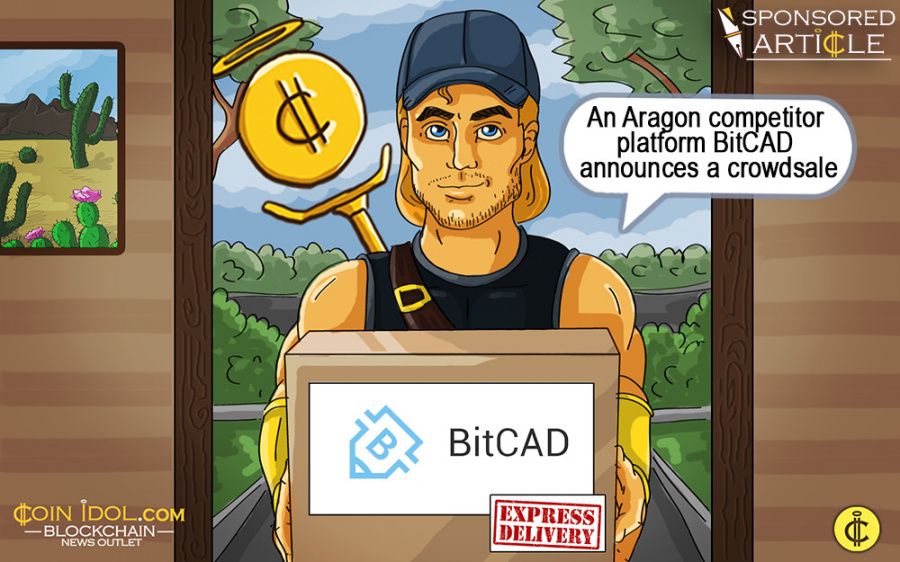 BitCAD, a cryptographic smart platform, has announced in its official blog post that the project’s repeatedly postponed crowdsale will finally commence on May 25th, 2017.

Initially it was to begin in early May, however, the team opted to delay it due to the need to “iron out the kinks with [its] decentralized biometric identification system.

The system in question is a blockchain-based counterpart of traditional authentication systems that uses vein patterns in a person’s hands or face for identification. Thanks to decentralized storage of data, private keys and lack of personal ID’s used in the system, the solution excludes compromising personal data of the people it identifies while maintaining the same efficiency as its centralized database analogs.

The blog post describes the project’s progress in this regard as follows:

“The platform’s efforts proved to be fruitful. Over those days, we have created device for hand veins recognition and fine-tuned its operation, which includes work with the back of the hand; stabilized facial recognition with an in-house web component; and completed the IR filter for laptops, and assembled the first unique test specimen.”

“The project will offer three biometric identification technologies. While facial recognition does not need any sampling, and is therefore applicable in the simplest cases of biometric authentication, hand veins recognition is focused on the instances where legal and security requirements demand that personal data is stored and processed. Finally, there will be a SecureCall technology that would ensure additional protection of data during authorization and allow one to sign documents using using unique frequency of dual-tone multi-frequency signaling (DTMF).”

The post goes on to state that the team has decided to lobby the latter technology with legislation bodies.

However, BitCAD’s ambitions go way beyond creating such a system.

“The project still focuses on creating a perfect business environment based on blockchain technology. Its mission is about establishing a multifaceted smart platform where business processes like legal actions or accountancy could be perfectly automated and replicated when necessary,” the project’s post reads.

The post also outlines the basic purpose and principles of the system the project is developing.

“The system uses reputation system to keep users anonymous while allowing them to do business all around the globe and across multiple platforms. BitCAD, therefore, acts as a unified platform that may maintain accountancy, taxes, customs fees, and customer and partner database while applying consensus mechanism in decision-making.”

The project is also developing a unified digital legal prose “that both computers and humans can understand,” and a three-level dispute settlement system consisting of robotic arbitrators, independent human arbitrators, and what is called an “ombudsman institution.”

The crowdsale, save the commencement date, will run under the same conditions, and offer 51% of all issued tokens for sale. While there is no cap value, the company intends to use tokens that had not been sold over the campaign to attract institutional investors. The remaining 49% of tokens will be used for rewards to early backers and the development team, and research and marketing purposes.