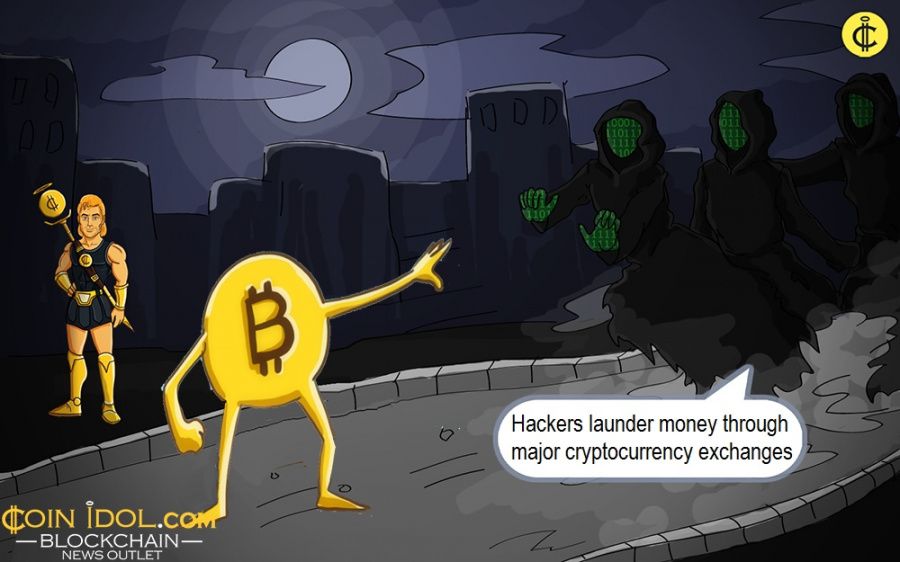 Hackers use Binance cryptocurrency exchange to launder stolen money. As per the report by the federal Bureau of Investigation (FBI), a principal federal law enforcement agency, ransomware dubbed Ryuk has been used since its creation in 2018 to steal cryptocurrency worth $61 million.

During this period of the coronavirus pandemic, cybercriminals have been targeting institutions and businesses like crypto exchanges, healthcare, individual wallets, computer networks, and hospitals, as the Interpol revealed in April, this year. Cybercriminals have been locking their important systems to extort payments. Some of them have gone ahead to infect people’s devices and ask for a ransom in the form of cryptocurrency to have their gadgets back to normal conditions.

Bitcoin has been on the top of the fintech game for the last decade, however, hackers are using the cracks left in the walls of this technology to attack exchanges or even launder funds through using the hard-to-trace techniques. Hackers have continuously exploited the weak cybersecurity used by financial service providers, especially digital payment platforms, as well as the weak regulations to carry out their illicit activities.

All these events have happened and researchers have been following the hackers’ actions and trends very closely. According to the information the researchers have gathered, it was found out that some of the stolen money by hackers has been stored in Binance, and some money has passed through this exchange, hence, leaving the reputation of this company damaged and in total shambles. The exchange has somehow failed to combat Ryuk cyberattackers and other hackers such as the Lazarus Group, from exchanging the stolen cryptocurrency into traditional money.

In the last 3 years alone, Ryuk ransomware attacks managed to amass and channel more than $1 million worth of Bitcoin directly to digital currency wallet on Binance cryptocurrency exchange platform, and the wallet containing illicit funds is still being used (active) – some of the money has been changed to cash and used by hackers to clear their ransom payment transactions with ease, and this has made the company in question the hackers’ exchange of choice.

Protecting the users' funds against attackers

We have seen Binance, Coinbase, Gemini, Kraken and other exchanges blocking suspicious transactions, but this is not large enough to stop all illegal activities involving crypto transactions. For instance, in the recent Twitter hack that happened on July 15, several digital exchanges managed to block suspicious wallet addresses and saved customers’ money worth over $300,000 from being stolen by Graham Ivan Clark and his team.

However, the security team from Binance believes that preventing illegal activities such as money laundering, scams and ransomware, is not easy as the public thinks, it’s truly a tough balance, and a never-ending endeavour – this is because criminals and hackers keep on developing and discovering new engineering ways and developing their own security tools to enable them to conduct their malicious activities, but implementing the existing regulations as well as ensuring the safety of users should be the priority of every exchange.