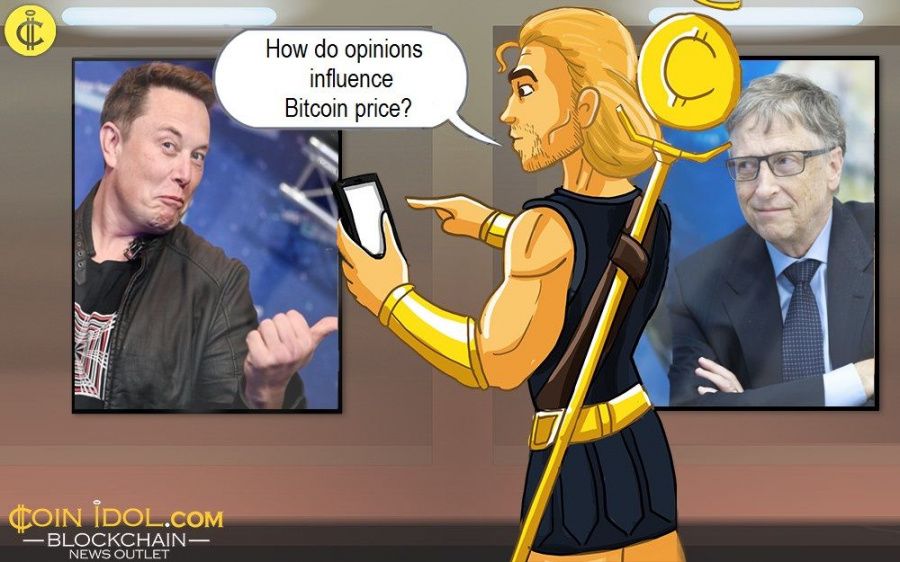 The price of Bitcoin is usually influenced by a confluence of factors. Sometimes, even a personal opinion can have serious impacts on prices and make them crash or skyrocket.  If a person is important enough.

Usually, the cryptocurrency value depends on such factors as the power of exchanges that trades, the regulations dictating its sale and trade, the power and number of rivalry crypto assets, its demand and supply in the market, the cost of mining, the rewards issued to miners for validating transactions to the distributed ledger technology (DLT) network, and many others. This time around, the public comments and the statements from the whales seem to be a big factor in pushing or dropping the price of cryptocurrencies.

One comment from a popular person can make the cryptocurrency market run bullish or bearish. For instance, when Elon Musk, CEO of Tesla and SpaceX, announced a huge Bitcoin investment, the price of the cryptocurrency increased by more than 18% to hit a new all-time high of about $47,131 at that time. In early February, Tesla declared to the US SEC that it had purchased about $1.5 bln worth of BTC in January. 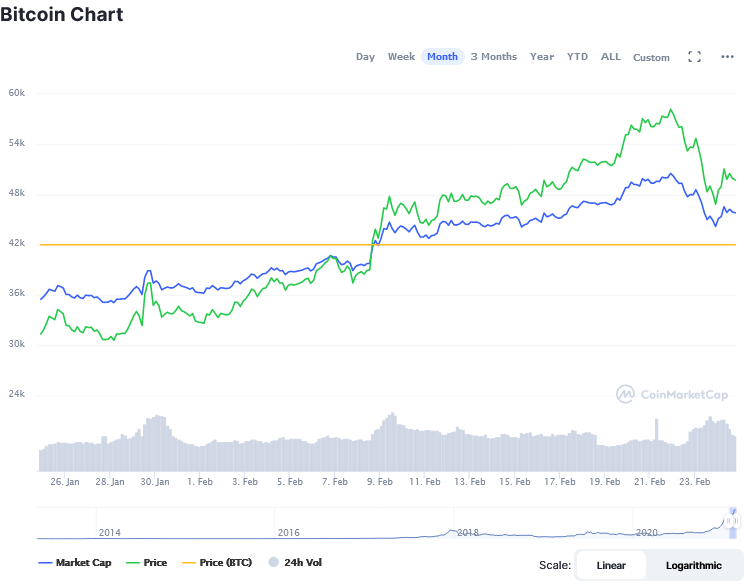 Furthermore, on February 19, Elon came out to say on Twitter that he is not an investor and he doesn’t own any publicly traded stock apart from Tesla, but it's only a fool that would not invest in Bitcoin when fiat currency is facing negative real interest rates. That was a big statement.

Since then, the BTC’s market cap has seen a positive trajectory. Last week, its market value hit and surpassed the $1 trillion level for the first time and Bitcoin again skyrocketed by about 94% to make a record high of $58,330.57 on February 21, 2021, according to the data by Coinmarketcap.

Bitcoin’s price drops after concerns raised by Yellen and Gates

However, the price of Bitcoin plummeted deeply following a fall-short from Bill Gates during an interview with Bloomberg. Gates gave his opinion on Bitcoin and revealed that he isn’t bullish on BTC and warned the public to watch out especially those cryptocurrency users that possess less money than Musk.

Gates also supported the view of Treasury Secretary Janet Yellen about Bitcoin and cryptocurrency mining consuming a huge amount of electricity, a thing that threatens other electricity-oriented industries. Yellen also gave another negative sentiment on BTC after she received that the cryptocurrency is not being used widely due to its often involvement in illicit finance. All these statements tumbled the trading of BTC, and its price had to drop to about $45,290 after almost breaking the $60,000 barrier. 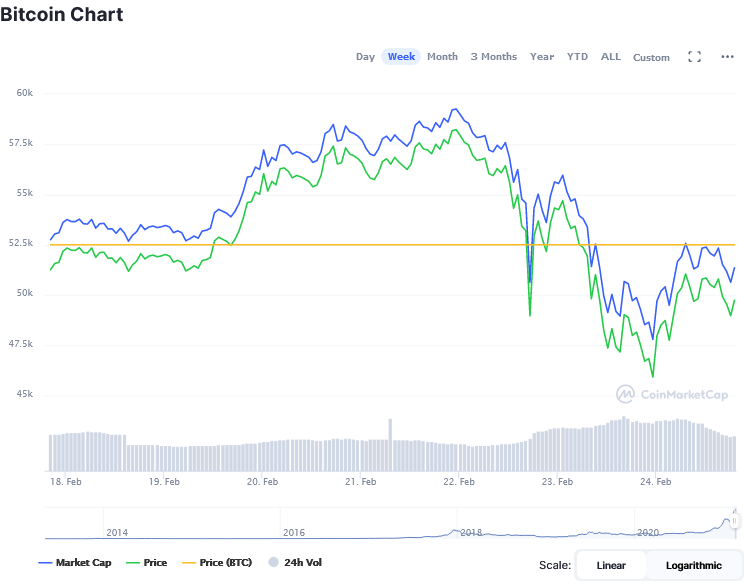 Surely, a negative opinion was not the only reason for such a drop. The major impulse for a downtrend was made by a massive selloff. Numerous investors rush to sell their cryptocurrency to gain maximum profit. As it often happens, excessive supply has brought prices down.

However, the general forecast seems to remain bullish. Some crypto-asset analysts predict that Bitcoin will hit a price level of about $300k before the end of 2021. As per the data from Stock-to-Flow (S2F), a BTC price prediction system, Bitcoin will more likely touch $100k by December this year. Crypto analysts including Mike McGlone have a goal of $50,000 this year and $170,000 for 1 Bitcoin in the next year (2022).