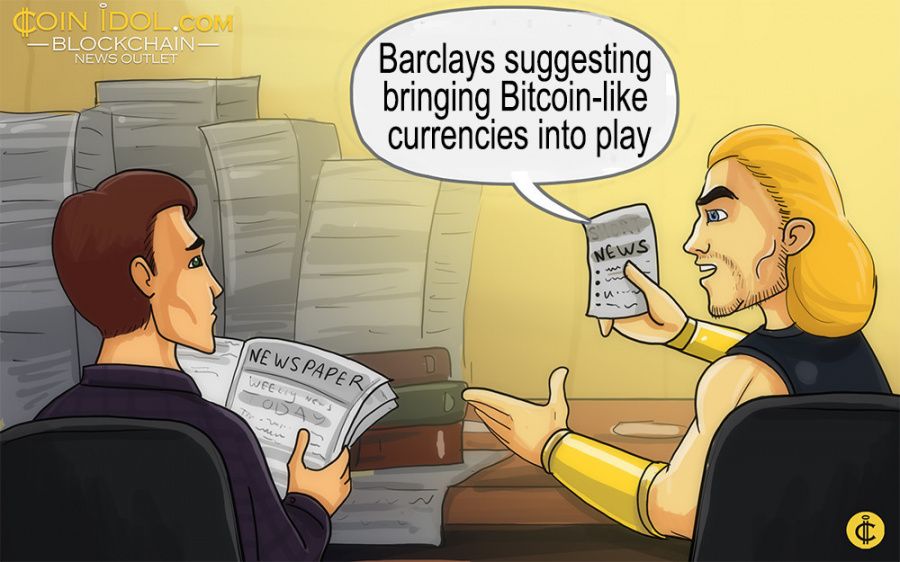 The chief executive of Barclays, Ashok Vaswani, said that the bank has been in discussions with Britain's Financial Conduct Authority (FCA) watchdog about the possibility of adopting Blockchain-based cryptocurrencies.

According to a recent report by CNBC, the chief executive of Barclays said at the Money 20/20 fintech conference in Copenhagen, Denmark, that Barclays went with the fintech companies to the FCA to talk about how they could bring cryptocurrencies, “like Bitcoin, but not necessarily Bitcoin”, into play.

Vaswani did not expand on to what extent Barclays could be involved with bitcoin. He only noted:

“Obviously (it's) a new area, obviously an area we've got to be careful with. We are working our way through it.”

In the meantime, at the Money 20/20 fintech conference, Antony Jenkins, an ex-group CEO of Barclays from 2012 until 2015, warned that banks need to keep up with the pace of digital ledger technologies such as blockchain in order to avoid facing an existential crisis. According to him:

"We're really at the end of the beginning of what we see as a revolution driven by technology with financial services and fintech is really a too narrow categorization of what's going on here.”