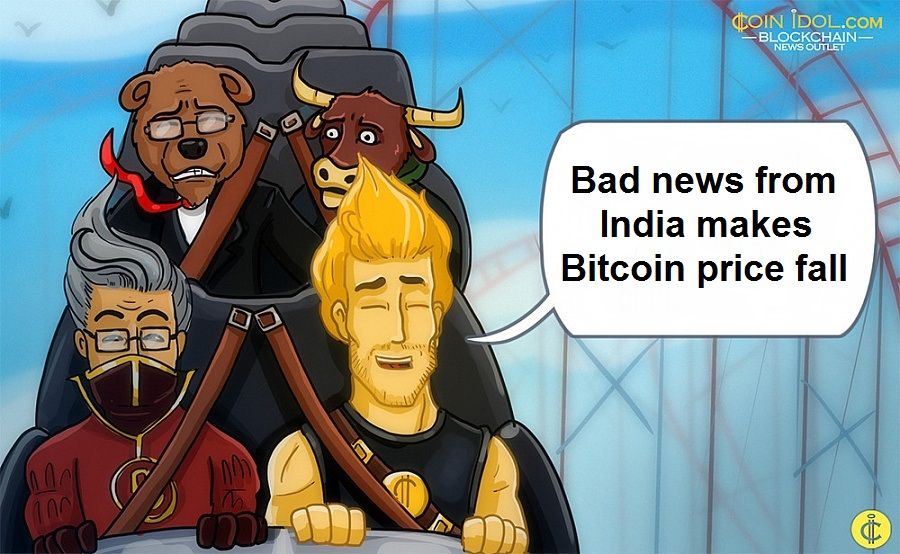 Bitcoin exchanges in India suffer bad times as the biggest national Banks of the country have frozen their accounts. The news led to turmoil in the domestic market as well as bringing the price of bitcoin down.

The general opinion is that such behaviour from state regulators was caused by a lack of trust in companies and the cryptocurrency market as a whole.

In fact, India is not the first country with such an aggressive attitude towards Bitcoin. Previously, the People's Bank of China announced its intention to block all cryptocurrency related options, including exchanges, wallets, and trading platforms.

All that made the Bitcoin price fall dramatically at the end of 2017. And, as we may see, the downfall period still goes on as more bad news reaches the market. The lowest price fixed at a rate of $9,965 on Bitfinex. Coinmarketcap showed the lowest point at $10,129. 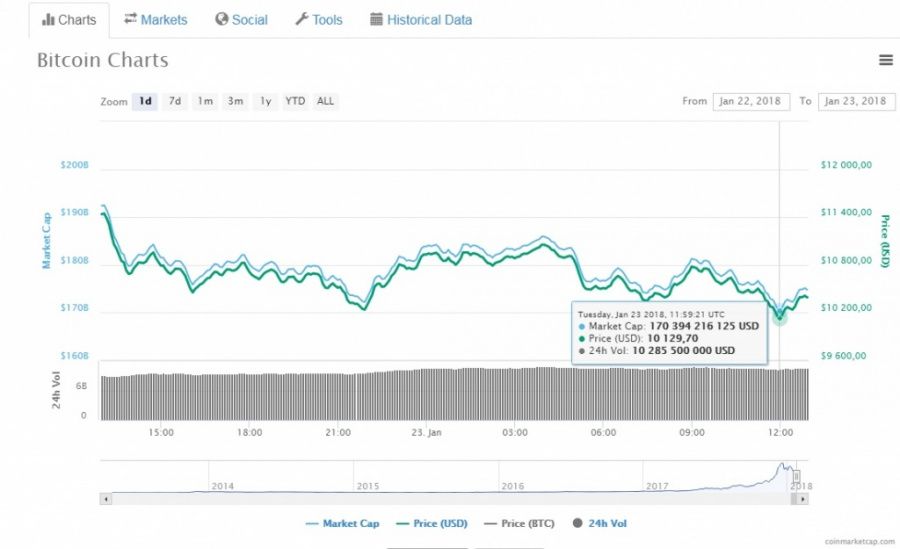 According to BlockTower’s Ari Paul, it is just a part of the market’s boom-bust cycle which is tied to new regulations. He wrote on Twitter:

The single biggest dynamic driving cryptocurrency markets on a long time frame is the reflexivity of regulation. Crypto value rises sharply - it invites regulation that kicks it back down. 3 steps forward, 2 steps back. https://t.co/6SuUC4n34T

Tags
Bitcoin price Price News India Bitcoin Market Exchange Banking Cryptocurrency
Most Popular
Apr 12, 2021 at 13:04
News
Ripple Is a Step Away From Outperforming Binance Coin by Market Cap
Apr 12, 2021 at 12:11
News
Ethereum Slumps Below $2,150, Unable To Sustain Above $2,200 Resistance Level
Apr 12, 2021 at 10:38
News
Bitcoin Breaks above $60,000 Support, Struggles to Resume Upside Momentum
Apr 12, 2021 at 08:15
PR
MyCryptoParadise Opens the Door to Trading Like a Professional With the Best Crypto Signals Being Offered Today
Apr 11, 2021 at 11:11
News
Female President of Tanzania Expected to Mitigate the Climate for Cryptocurrency in the Country
More