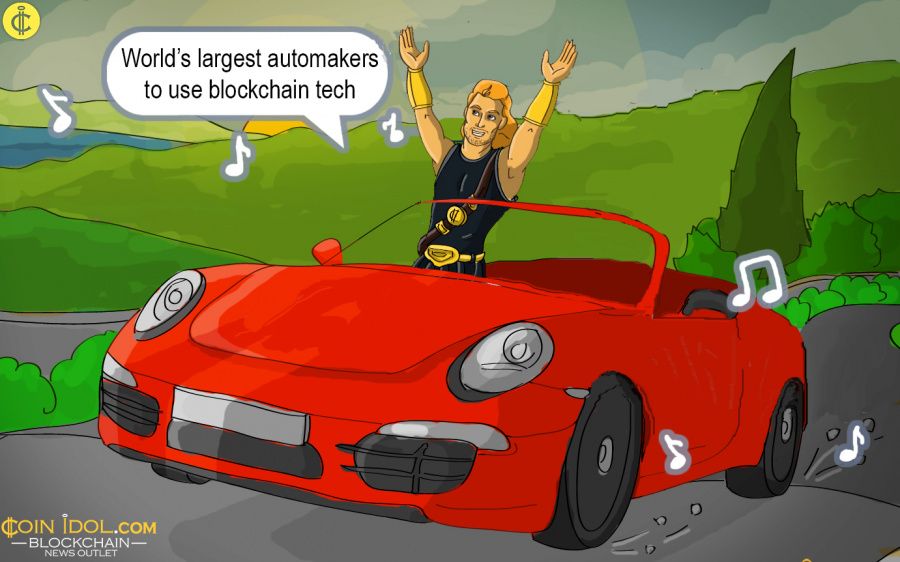 Four of the largest carmakers globally have amalgamated technology providers and startups to create the largest ever consortium focused on applying blockchain technology in the automotive zone.

Ford, BMW, Renault and General Motors are amongst 30 companies included in the Mobility Open Blockchain Initiative.  Establisher members also include Bosch, IBM and Blockchain at Berkeley as MOBI said on Wednesday.

According to the MOBI website, the group’s primary mission is to speed up the adoption of blockchain and put the industry on the same page with use cases ranging from autonomous payments to ride-sharing.

Blockchain Being Considered as Decentralized and Unhackable

On Wednesday, Brian said in a note to clients that “This is a tectonic shift in the tech landscape that has the potential to disrupt the growth plans of legacy tech into the auto.” “The essential part of the initiative is data,” he added.

He also stated that “MOBI is doing the end around and making that data self-sovereign and giving the customer the control over their data property rights.”

Blockchain tech is what is identified as “decentralized” and regarded as “unhackable” by its supporters. A hacker needs to hack many systems in order to change any information to make the data to nearly tamper-proof.

Apple, Amazon, Microsoft and Google are now making a move into connected cars. Amazon extended Alexa’s presence to autos, Apple offers Carplay for iOS and Microsoft Azure has a car system as Google parent alphabet is working on an autonomous-driving car via its subsidiary Waymo.

Economist Nouriel Roubini called blockchain as “one of the most overhyped technologies ever”.  While there are very many uncountable uses of this technology, bitcoin was one of the first application. The cryptocurrency increased more than 1,300 percent before losing approximately a half of its value from January to March 2018.

MOBI working group is led by Chris Ballinger, car industry veteran that left his role as CFO and head of mobility services at Toyota Research Institute in April.

“With these kinds of rich sensors, the cars will be producing massive amounts of data that probably not even 5G networks can handle. Imagine real-time mapping in such detail that you could deliver a package with a robot to door of somebody’s apartment or house,” Ballinger said.

Ballinger added that “No company is anywhere close to having that amount of data and won’t any time soon. That data might be out there, but nobody is sharing it and so the day when we get safe cars is probably further away than it otherwise could be.”