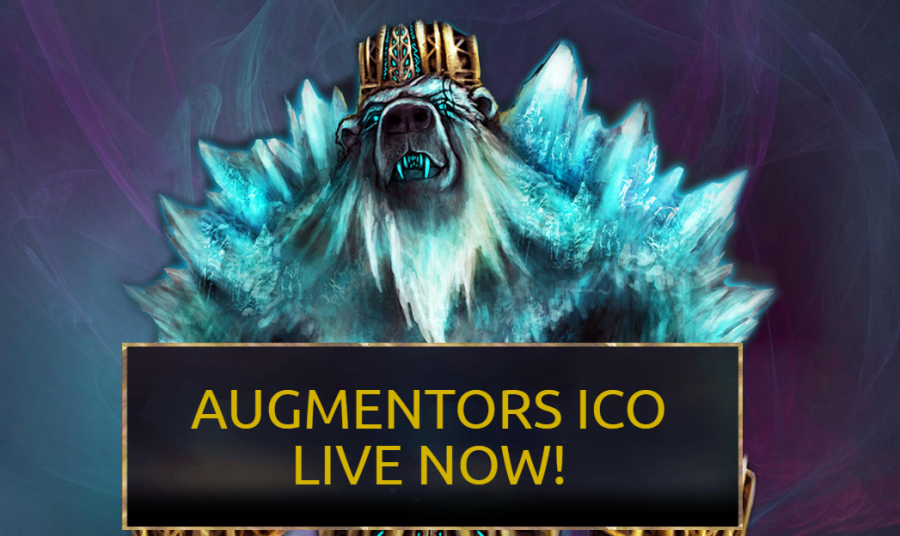 The ICO of the first-ever Blockchain-based augmented reality game, Augmentors, is coming to an end. The game has so far raised over 883 BTC, nearing its target of 1000 BTC by February 28th, 2017 and already shattering records for amounts raised during game ICOs.

February 27, 2017, Los Altos, California – The Augmentors ICO is coming to an end. The ongoing crowdsale organized by the first ever Blockchain-based augmented reality game started on January 30, 2017. The ICO ends tomorrow, on February 28, 2017 at 1 pm GMT (8 am EST), offering the last chance to snap up the Databits (DTB) cryptotokens (used in the Augmentors game) at a rate of 10000 DTB/ 1 BTC.

The augmented reality mobile game allows players to summon virtual creatures into the real world where creatures possess unique powers and can be trained and traded by the player before participating in epic battles. Early backers of the game had the unique opportunity to select between 25 limited edition creatures including 3 legendary Gods, which sold out almost immediately, with only a few of the packages still available for purchase.

In addition to the investments received on Shark Tank South Africa, plus a successful token pre-sale to the Spells of Genesis audience, Augmentors has been running the Databits ICO to raise 1000BTC to complete the development of the game. The platform had a successful start to the ICO as the first 24 hours of the crowdsale saw the platform raise over 50% of the required funds. Now with just under 120 BTC still to raise before the ICO end date, backers interested in buying into the unique Blockchain-based AR game offering can still purchase Databits tokens using Bitcoin here.

The Augmentors game has been likened to “Pokemon GO” by many media outlets. It is the brainchild of Michael Deon, who dreamt up the concept of Augmentors over 10 years ago. Deon developed the characters, storyline and gameplay by drawing inspiration from his passion for turn-based fantasy games. With Augmentors, he has recreated his vision digitally through augmented reality and will soon give players a chance to get lost in this alternate reality. In the Augmentors realm Deon has included a collection of 50 unique creatures, or Augmentors, who each have their own unique attacks, spells or movements characteristics.

The revolutionary Blockchain-based AR game has received recognition from some well-known personalities including Shark Tank South Africa’s Vinny Lingham (Silicon Valley entrepreneur), Gil Oved (co-CEO of Creative Counsel) and the Executive Director of Bitcoin Foundation, Llew Claasen. Lingham, known for his association with the blockchain startup Civic and Gyft has already invested in the game platform. He’s also a prolific advocate for Bitcoin and blockchain technology and was an early adopter of Bitcoin payments in his startup Gyft. The faith exhibited by Lingham and Claasen showcases Augmentors as a unique, innovative, useful and exciting use of Blockchain technology.
Augmentors will be releasing the game’s Alpha version in the coming months. It will be followed by feature additions, upgrades and more before it hits the Google Play Store and Apple AppStore later in 2017.

Cryptocurrency and gaming enthusiasts still wanting to secure a rare creature and become a part of gaming history can purchase the last of the packages available before 3 pm GMT (10 am EST) February 28th 2017. To Participate in the Augmentors ICO her.

Learn more about Augmentors at – http://www.augmentorsgame.com/

Know more about Databits at – http://www.augmentorsgame.com/game-info__trashed/DataBits/

Disclaimer: Augmentors is the source of this content. This press release is for informational purposes only and should not be viewed as an endorsement by CoinIdol. We take no responsibility and give no guarantees, warranties or representations, implied or otherwise, for the content or accuracy.  Readers should do their own research before investing funds in any company.