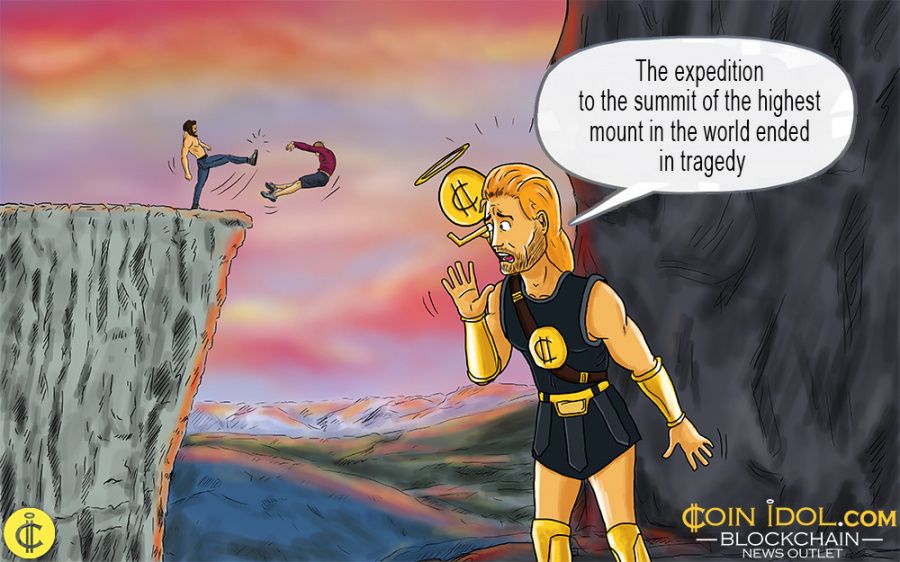 A new initial coin offering (ICO) promoted by ASKfm, one of the largest social networks in the world, has gathered negative popularity, as a Sherpa is considered dead after the company’s advertisement trip to Mount Everest, cnet.com reported on June 4.

The event took place on May 14, when three Ukrainian climbers and two Sherpas climbed Mount Everest as a part of a stunt to promote a new cryptocurrency ASKT. The group had to bring on the top of the mount two crypto wallets, both containing 500,000 virtual coins (~$50,000). However, they left only one wallet buried on the peak, another was going to be raffle off to whitelisted members of the ICO.

The idea to create a stunt was spawned by popular internet memes devoted to the financial technology. “To the moon” has become a very common belief among crypto trading societies, assuming that prices will drastically increase and traders will become amazingly rich.

Inspired by the idea, ASKfm decided to give investors, willing to buy its crypto coins, an opportunity to take part in the fintech pre-sale. Simultaneously, to promote the ICO, the company sent people to Mount Everest.

Unfortunately, the expedition to the summit of the highest mount in the world ended in tragedy. Lam Babu Sherpa, who accompanied the team, is presumed dead, as he allegedly was left behind on the mountain during the descent. However, the press release, published on May 17 by ASKfm, contain no single mention about the incident.