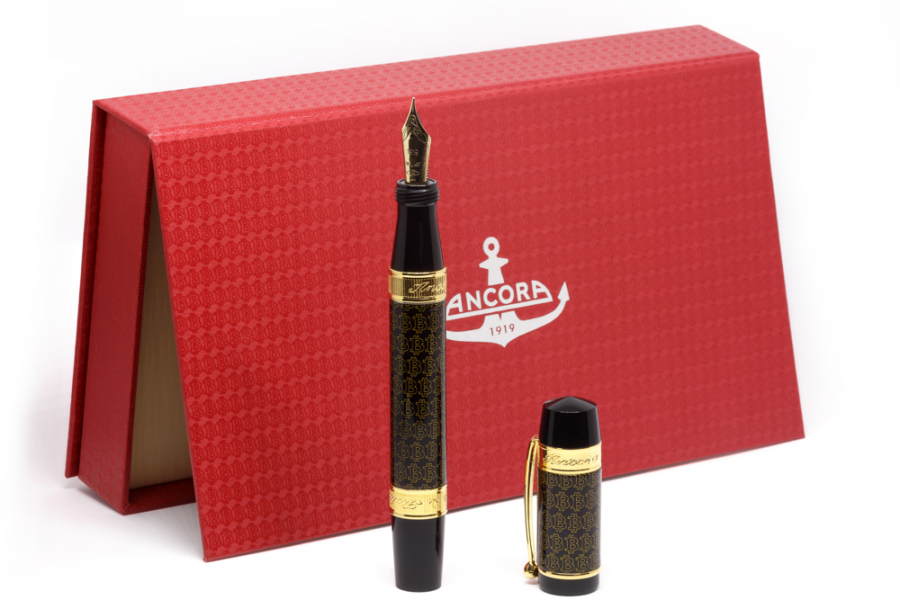 One of the oldest pen producers in the world “Ancora Pen Company”, which was founded in 1919 announced the production of their Bitcoin Pen. It’s the first pen in their brand-new Crypto Pens Series.

December 15th, 2017 – Milan – Italy – Ancora is one of the founding fathers in the pen producing industry designing and producing luxury pens since 1919. They have been known to go above and beyond when designing and developing their pens. For their “Titanic” pen they used part of the first class cabin from the ship in order to create the body of the pen. With the current emerging technology Ancora have announced the production of their first ever bitcoin pen causing a lot of excitement.

Ancora has decided to start sales of the pen on Monday 18th December, 12:00 GMT using the ICO model in which period, customers will have an early opportunity to buy these pens with a lower price tag than if they were to purchase at a retail store due to being at a stage of early production. Ancora will be announcing in february the production of another cryptocurrency pen however, what cryptocurrency will be up to the customers. Ancora will be allowing customer to vote for which currency they would like the pen to be available in. Customers can take part in this and have their say in the Ancora Telegram channel.

The amount of pens distributed will be limited, with 88 fountain pens with a gold nib being produced and 888 roller balls.Each pen has its own personalized production number. The Platinum Numbers (highly coveted numbers such as 01/88, 88/88, 001/888 and 888/888) will be available for sale for Bitcoins and Ethereum.

For that extra special touch Ancora have gone the extra mile by adding a limited number of “gold” numbers for each pen line. Each of these small extra special touches from the way the materials are gathered to the artizan design process makes these pens very desirable. Ancora explains that these pens will be available to buy in either bitcoin or ethereum further intinsing consumers.

Ancora’s brand history is as one of the first Italian companies to produce pens. No doubt that Ancora’s history is the history of its founder – Giuseppe Zanini, who in the early part of the twentieth century was able by having gained the necessary experience to realize his dream – to create perfect pens in his own factory.

Ancora is the source of this content. This press release is for informational purposes only and should not be viewed as an endorsement by CoinIdol. We take no responsibility and give no guarantees, warranties or representations, implied or otherwise, for the content or accuracy.  Readers should do their own research before investing funds in any company.