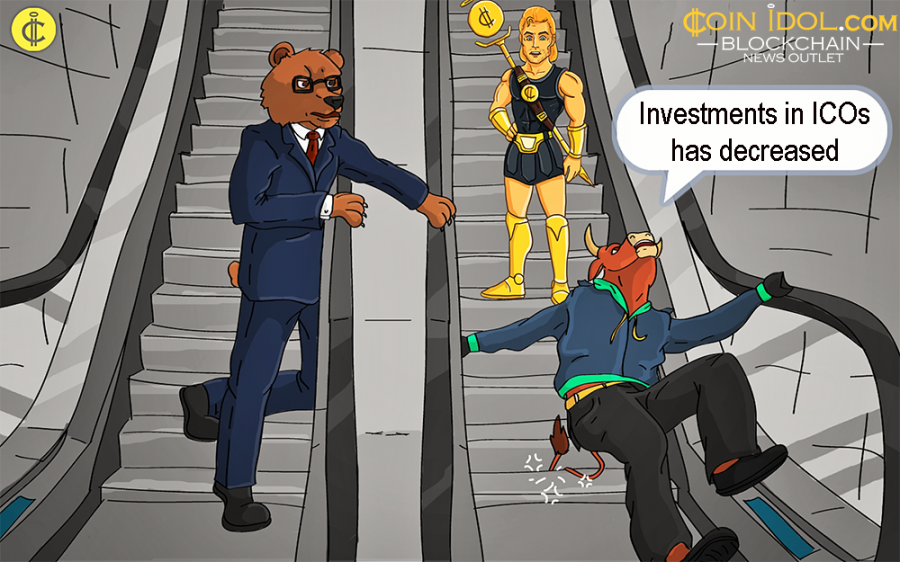 According to independent research conducted by Autonomous Research, the activity of initial coin offerings (ICOs) has notably dropped compared to the numbers we saw at the beginning of the year. With investments of less than $300 million, September seemed to be not the best month for ICOs either.

“Last month saw about $300 million in ICO funds raised, with the month before that revised to a bit over $400 million, a far cry from the $2.4 billion in January of this year. If we include EOS and other chunky private token raises, the highs go to over $3 billion, suggesting that monthly ICO activity is down 90%,” Autonomous Research wrote.

Autonomous Research, a London-based independent research company, has conducted research focused on the liveliness of the ICO market. They found that the amount of ICO funds collected was down 88.53 percent last month from January, not considering EOS and some other well-established virtual coins.

The research company has given three reasons for such a significant decrease in the volumes of crypto investments. First of all, they defined that people may have changed its mind about the value of utility token, and prefer to put their money in the company’s equity instead. Having examined the data, researchers drew a conclusion, that:

“There is indeed a lagged effect in venture as well, with increasing drips of capital, reaching over $1 billion in August 2018.”

Another reason can be explained with the help of security token offerings (STOs). They are believed to attract more attention than traditional ICOs. However, investments in STOs have not reached their possible efficiency.

Finally, the third reason is related to the P2P lending crisis in China, that started in 2015. The country’s authorities tried to close all entities that are involved in crypto and ICO markets. Consequently, a range of crypto trading companies, that originated in China, has significantly dropped, as most of them have moved their businesses abroad.