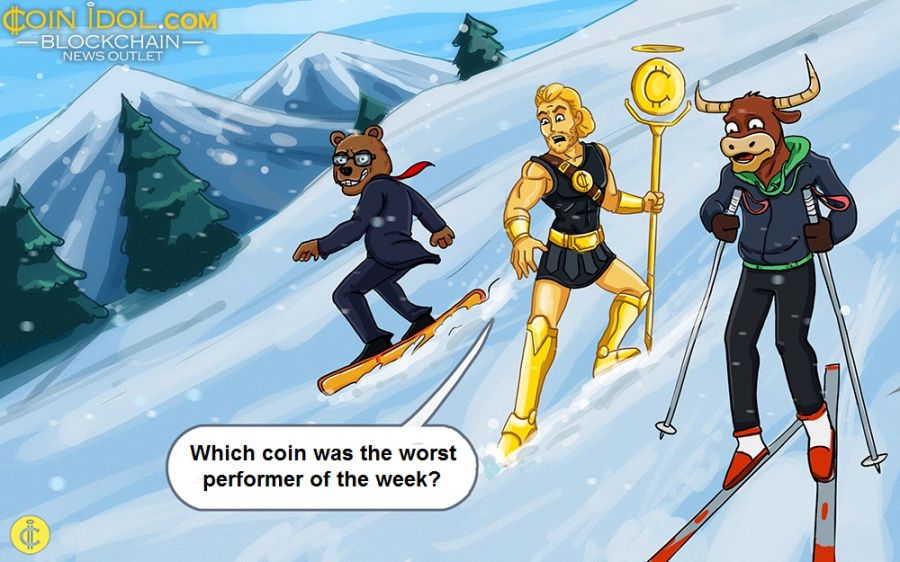 The largest cryptocurrency is on the way down. This is affecting Loopring, Kadena, Internet Computer, SushiSwap, and Elrond. These altcoins have fallen significantly and will continue to fall.

Loopring (LRC) is in a downward trend. The cryptocurrency has continued to fall since its high of $3.50. Today, the altcoin is trading at $1.44 as of press time. With sellers undercutting the moving averages, there is a likelihood of further downside.

Meanwhile, the December 5 downtrend has tested the 61.8% Fibonacci retracement level with a retreating candlestick. The retracement suggests that LRC will fall to the Fibonacci extension level of 1.618 or $0.46. Loopring has fallen below the 20% area of the daily stochastic, suggesting that the downtrend has reached bearish exhaustion. The altcoin was the biggest loser last week. Nevertheless, it has the following characteristics: 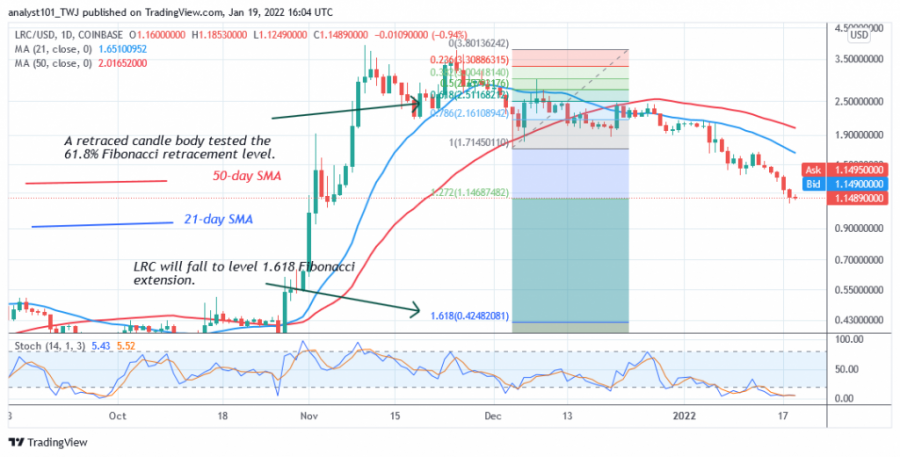 Kadena (KDA) is in a downtrend. In its uptrend from November 11, the cryptocurrency reached a high price of $28.58. The altcoin is trading in the overbought region of the market. The RSI for the period of 14 was 81 when KDA reached its highest price.

Today, KDA is at level 32 of the Relative Strength Index for the period of 14, which shows that the market is approaching the oversold region. The cryptocurrency is the second biggest loser of the past week. It has fallen from a high of $28.58 to a low of $7.67 as of press time. By all appearances, it could fall further to support at $6.30. Kaden has the following characteristics: 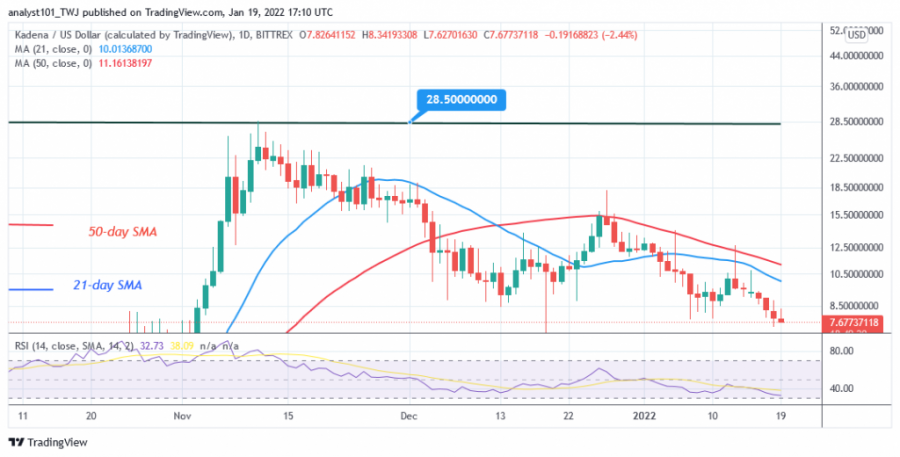 Internet Computer (ICP) is in a downtrend. Buyers attempted to break above the $80 resistance zone but were rejected twice. This led to the current downtrend. The altcoin has dropped to the low of $27.85 as of press time.

Meanwhile, the downtrend has a candlestick on November 21 that tested the 78.6% Fibonacci retracement level. The retracement suggests that ICP will fall to the 1.272 Fibonacci Extension level or $28.25. ICP is the third biggest loser of the past week. The cryptocurrency has the following characteristics: 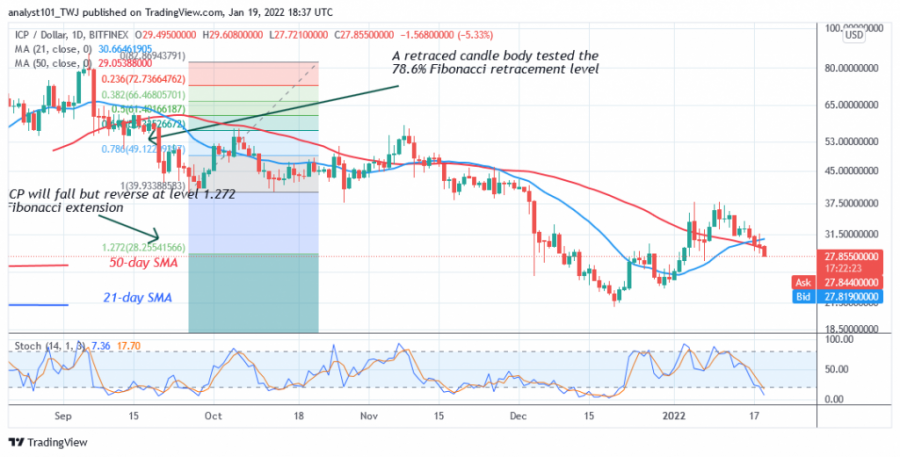 SishiSwap (SUSHI) is in a sideways trend. The cryptocurrency rose to a high of $23 in less than two years after its launch. It then fell to $6.00 and continued its sideways movement. In the last ten months, the altcoin has fluctuated between $6.00 and $23.

The uptrend will continue if the bulls break the overriding resistance at $24. The bears will try to break the current support, which will lead to a slide to the next support at $4.00. The altcoin was the fourth biggest loser in the previous week. It has the following characteristics: 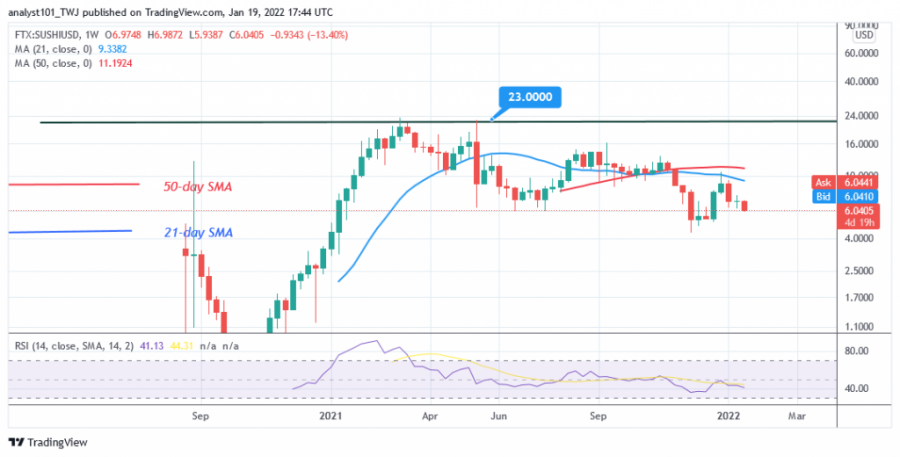 Elrond (EGLD) is in a downtrend. The cryptocurrency has been in a downtrend since November 23. Today, EGLD/USD has fallen from the high of $518 to the low of $176 at the time of writing. The altcoin is at level 32 on the Relative Strength Index for period 14, indicating that the market is approaching oversold territory.

In the same vein, a candlestick in the December 14 downtrend tested the 78.6% Fibonacci retracement level. The retracement suggests that Elrond will fall but reverse at the 1.272 Fibonacci extension level or at $150.94. Elrond was the fifth biggest loser in the previous week. It has the following characteristics: 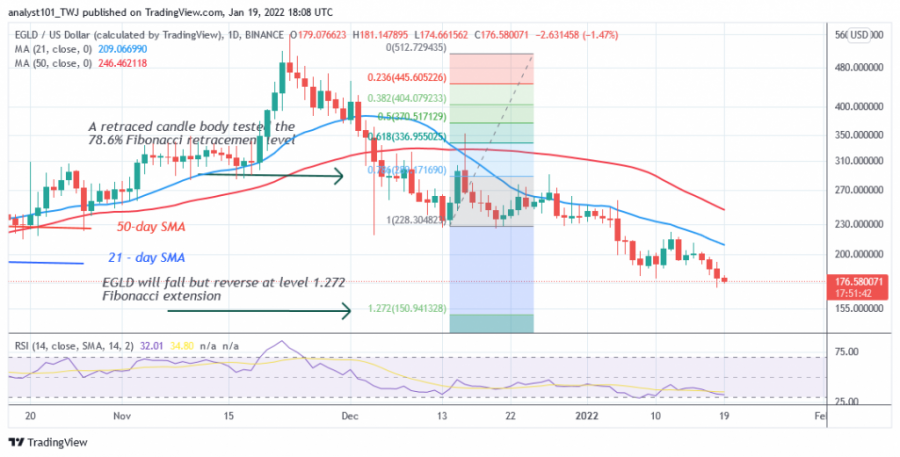