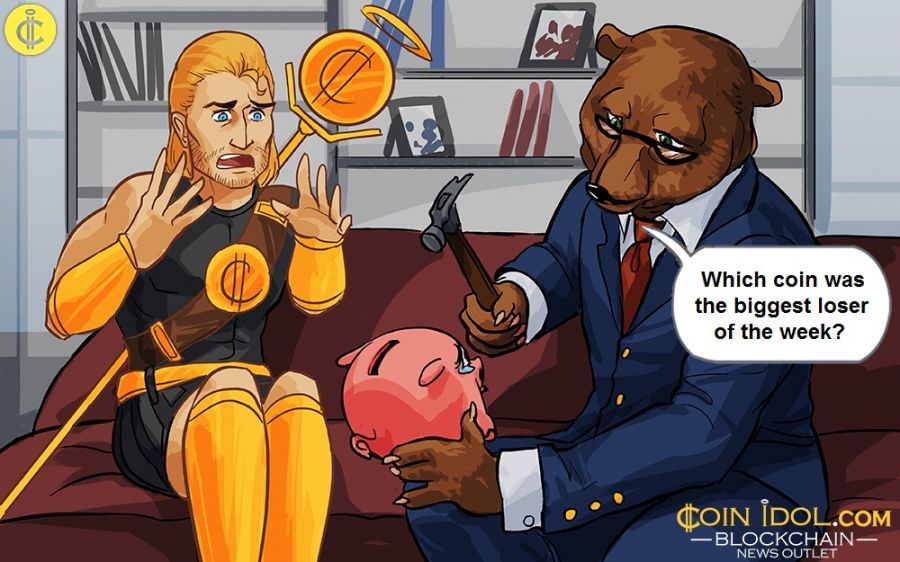 Many altcoins are being rejected from recent highs. Demand is drying up at higher price levels. Bulls are not buying the dips either.

ApeCoin (APE) is in a sideways trend as buyers fail to break above resistance at $16. The cryptocurrency was previously in an uptrend, but it was broken at the $16 high. Since March 18, the altcoin has been fluctuating below the overriding resistance. 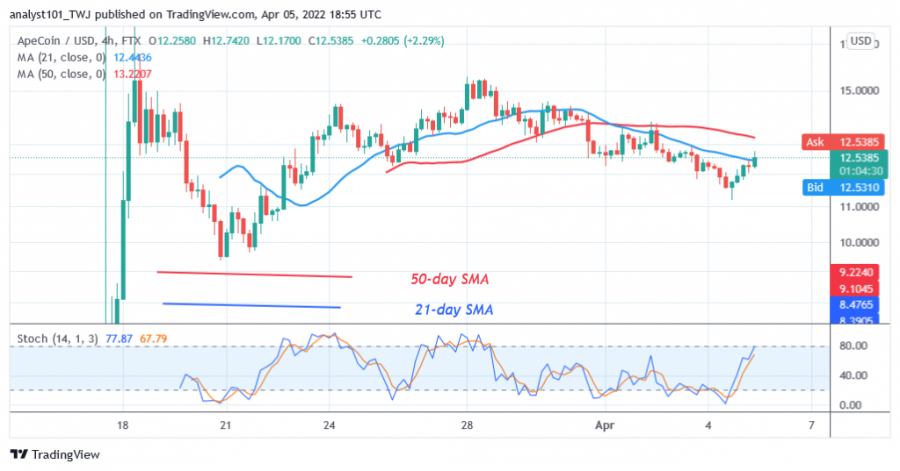 Zcash (ZEC) resumed its upward movement after the recent downward trend. The current uptrend was staved off at the $220 resistance zone. The cryptocurrency has fallen below the moving averages after the rejection at the recent high.

Meanwhile, the March 11 uptrend has a candle body testing the 50% Fibonacci retracement level. The retracement suggests that Zcash will rise to the 2.0 Fibonacci extension level or the $216 level. The price action shows that Zcash retested the 2.0 Fibonacci extension and resumed its downward movement. The altcoin is now fluctuating between the moving averages. It is the cryptocurrency with the second worst performance last week. It has the following characteristics: 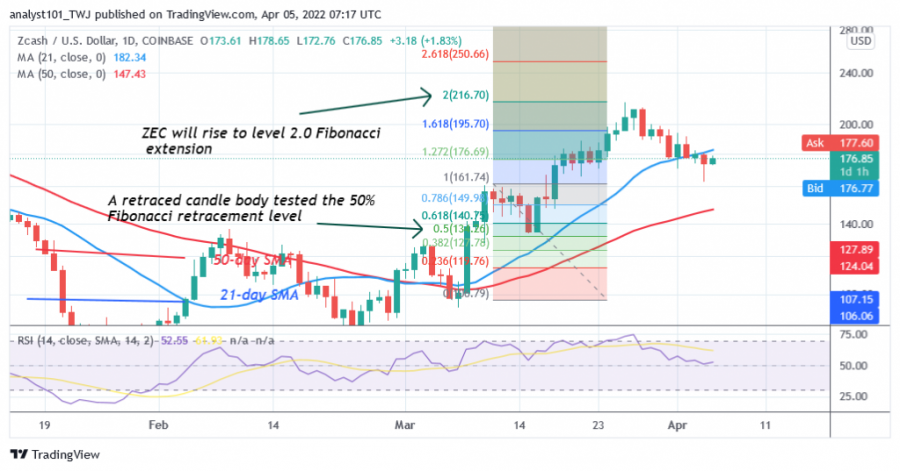 Ethereum Classic (ETC) has recovered from its previous downtrend. On March 16, the altcoin rose back above the $25 support and reached the $54 high. The uptrend is interrupted at the $55 resistance zone. Buyers have been struggling to break through the $55 resistance since March 23.

Meanwhile, the uptrend tested the 61.8% Fibonacci retracement level on March 24. The retracement suggests that ETC will rise to the Fibonacci extension level of 1.618 or $70.72. Meanwhile, the cryptocurrency is still fluctuating below the resistance zone of $55. It is the cryptocurrency with the third worst performance in the past week. It has the following characteristics: 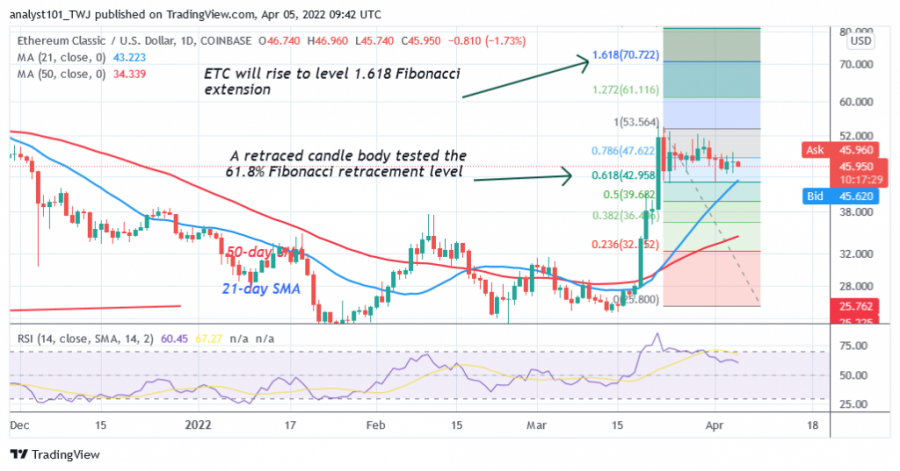 Gala (GALA) was in a downtrend, but selling pressure has eased after the January 22 plunge. GALA fell to the low of $0.15 as bulls bought the dips. Since February 21, the cryptocurrency has been consolidating above the $0.22 support.

The price action is characterized by small candlesticks called doji and spinning tops. These candlesticks indicate that buyers and sellers are undecided about the direction of the market. At press time, the altcoin is trading at $0.25. GALA is the fourth worst performing cryptocurrency in the past week. It has the following characteristics 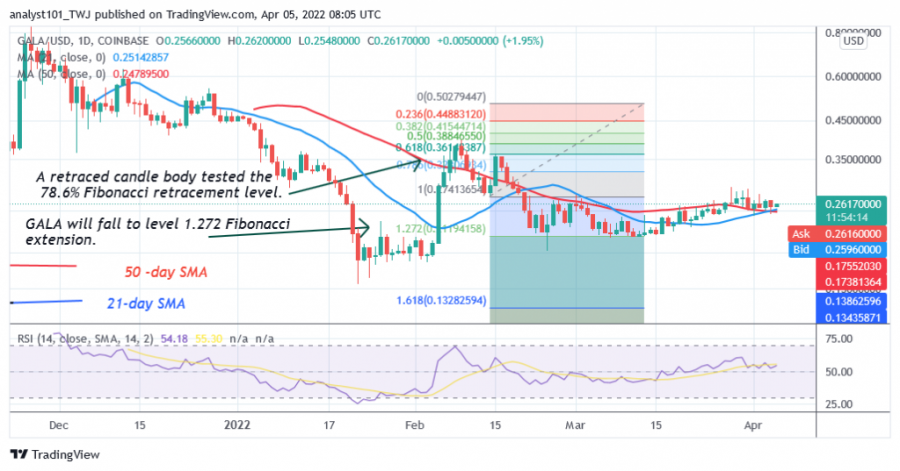 Nevertheless, a new uptrend will start if the price rises above the 21-day line SMA. OKB will fall to a low of $4.80 if the current support is broken. OKB is the cryptocurrency with the fifth worst performance last week. It has the following characteristics: 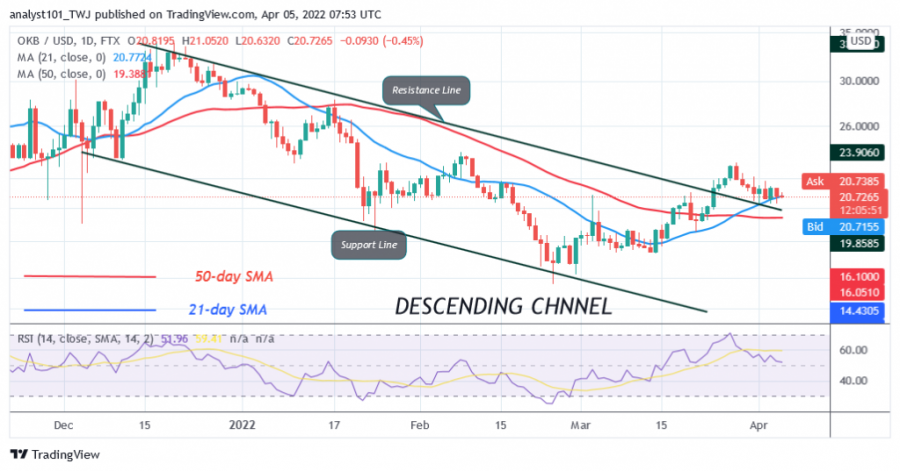