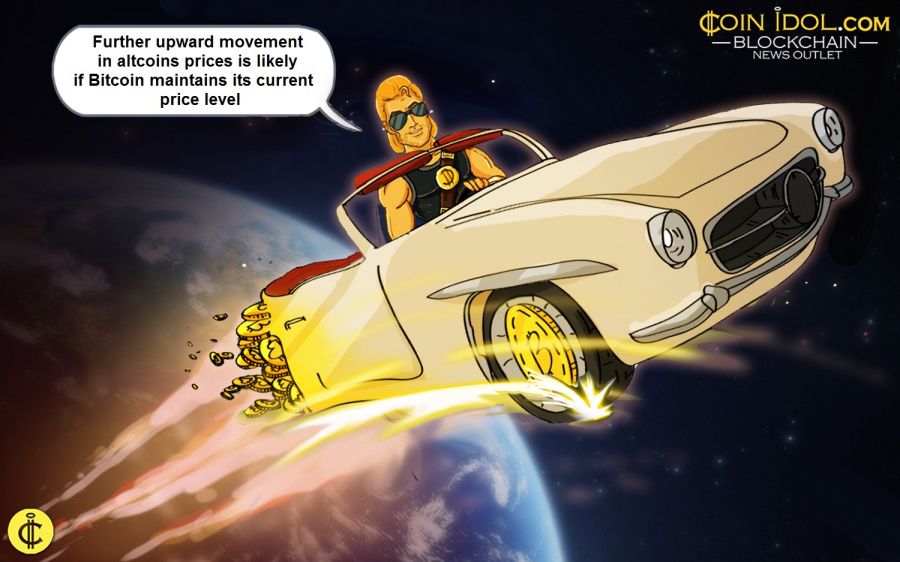 Bitcoin has held above the $45,400 level since April 1. This has supported Moonbeam, SKALE Network, and Aave to advance to their previous highs.

The other altcoins are in a downward correction as the market faces rejection in an overbought condition. Further upward movement in altcoins prices is likely if Bitcoin maintains its current price level.

STEPN (GMT) is in a downtrend as the price has fallen below the 21-day line SMA. In previous price movements, the cryptocurrency was in an uptrend since March 9. The altcoin rose from the low of $0.010 to a high of $3.13. The current uptrend is rejected at the recent high. Since April 1, the altcoin has been in a downtrend.

Meanwhile, on April 3, the downtrend, a declining candlestick, tested the 61.8% Fibonacci retracement level. The retracement suggests that GMT will fall to the 1.618 Fibonacci Extension level, or $1.79. At the 1.618 Fibonacci Extension level, the altcoin is in an oversold region. It is likely that buyers will emerge to push the altcoin higher. STEPN is the best performing cryptocurrency in the past week. It has the following characteristics: 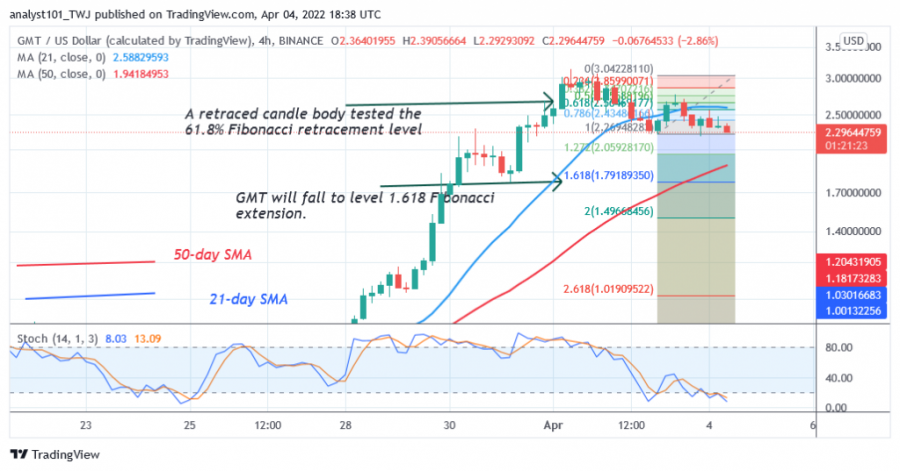 On April 2, a bearish candlestick tested the 50% Fibonacci retracement level. The retracement suggests that GLMR will rise to the 2.0 Fibonacci extension level, or $8.38. It is the cryptocurrency with the second best performance last week. It has the following characteristics: 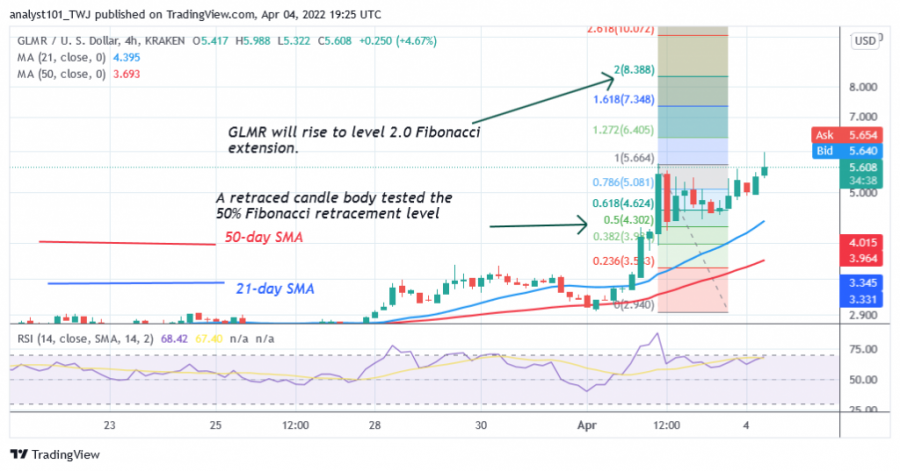 SKALE Network (SKL) has resumed its uptrend after the downtrend above the $0.09 support has eased. The cryptocurrency has recovered and reached the high of $0.35. The altcoin is retreating as the market reaches the overbought zone. Further upward movement of the altcoin is likely if the SKL holds above the $0.25 support. Meanwhile, the March 31 uptrend has a candle body testing the 61.8% Fibonacci retracement level. The retracement suggests that SKL will rise to the 1.618 Fibonacci Extension level or $0.47. SKL is the third best performing altcoin in the past week. The cryptocurrency has the following characteristics: 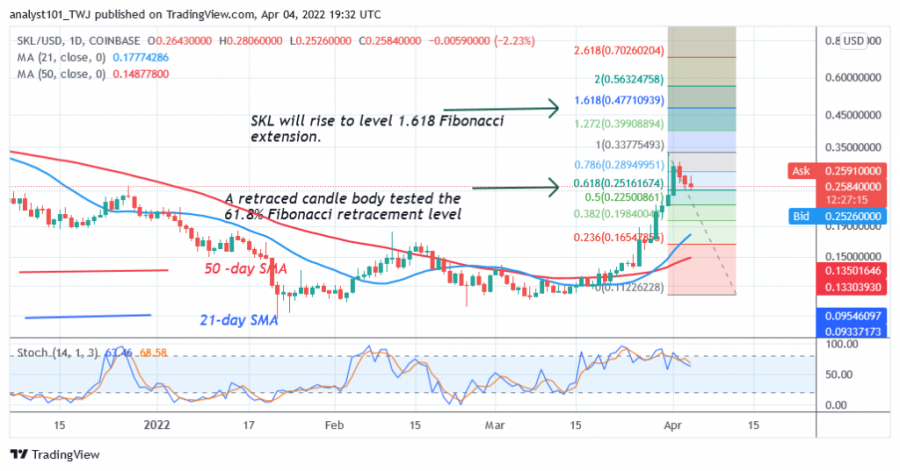 Waves (WAVES) is in a downtrend after reaching the high of $60. Buyers failed to overcome the overriding resistance at $60. The altcoin is falling after forming a bearish double top. The bears have crossed below the moving averages, indicating a downward movement of the cryptocurrency.

WAVES is at level 31 of the Relative Strength Index for the period 14, which means that the market has reached the oversold zone. Further downward movement is unlikely. Meanwhile, a downtrend started on April 4; a retracement candlestick tested the 78.6% Fibonacci retracement level. The retracement suggests that WAVES will fall, but will reverse at the 1.272 Fibonacci extension level, or $41.89. It is the cryptocurrency with the fourth best performance last week. It has the following characteristics: 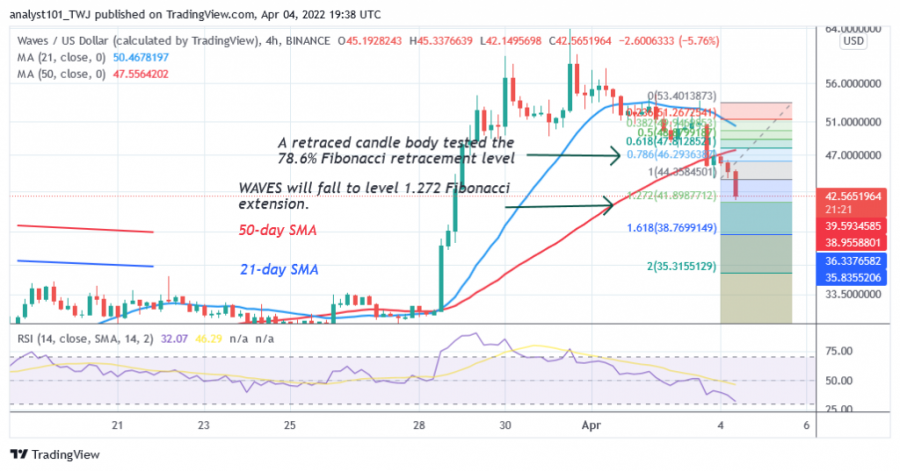 Aave (AAVE) has regained bullish momentum after the downtrend eased above support at $111.50. The altcoin has recovered and reached the high of $261. Further upside is likely as the altcoin remains above the moving averages. However, the altcoin is at level 70 of the Relative Strength Index for period 14, indicating that the market is in the overbought region of the market. AAVE will rise if the current resistance is broken.

Meanwhile, the March 30 uptrend has a candle body that tested the 50% Fibonacci retracement level. The retracement suggests that AAVE will rise to the 2.0 level of the Fibonacci extension or $315.77. AAVE is the cryptocurrency with the fifth best performance last week. It has the following characteristics: 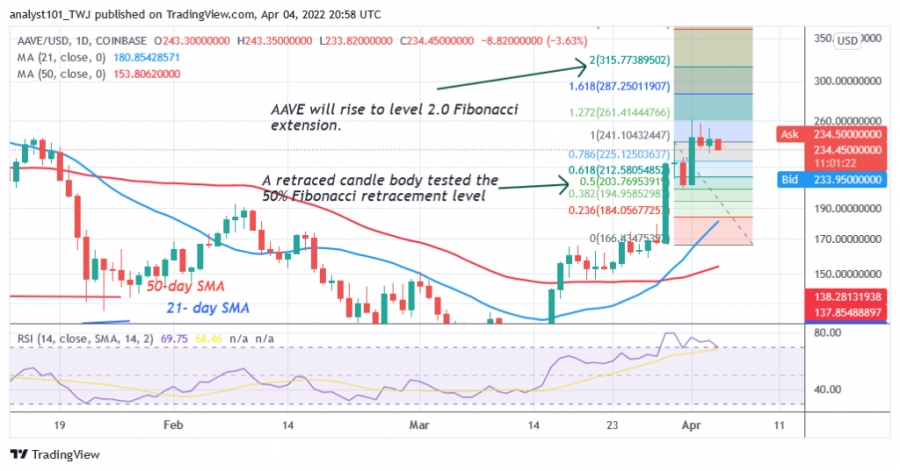