Altcoin Analysis: Top Five Crypto Coins That are Worth Investing In 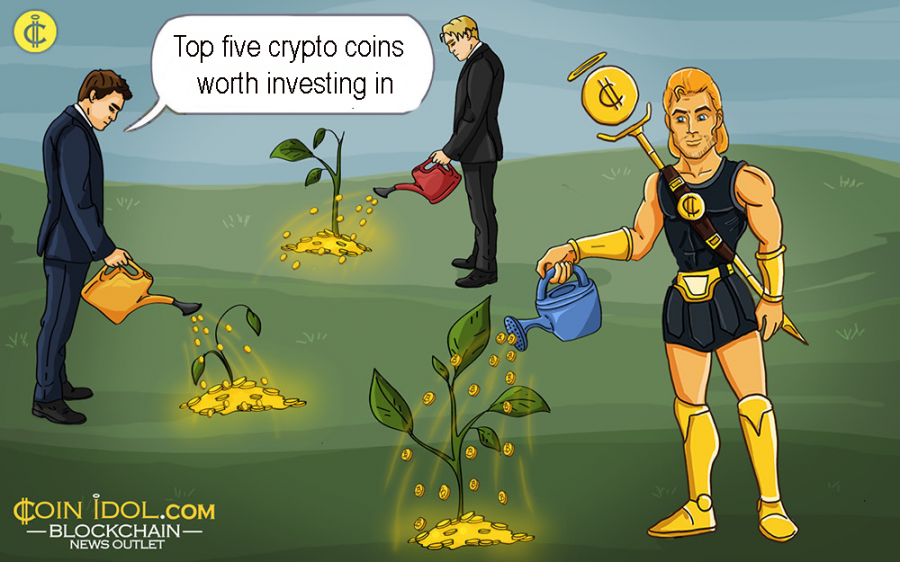 Since the digital revolution began, the range of cryptocurrencies has significantly increased due to the rapid development of financial technologies. While the world’s first digital currency Bitcoin continues to dominate on the crypto market, investors seek new promising sources of lucrative profit.

Focused on decentralized and utility applications, virtual coins are widely known for their notable features, such as scalability, security, and privacy. However, they can find appliance only as a medium of exchange, because such coins can hardly be regarded as a store of value. The main reason for this is their volatility. Bitcoin is a good example of such a crypto coin. Nevertheless, there are a number of alternatives with more stable price changes.

To understand which crypto is worth investing in, first of all, it is highly recommended that you consider the next points thoroughly: the stability of the exchange rate, the growth of each currency and its prospects, its liquidity, and the reputation of the developers.

The first coin in the list is the creation of Charlie Lee, a former Google engineer and MIT graduate, called Litecoin. It is a decentralized application built on a global, open-source payment network. The coin mainly functions as Bitcoin, however, it is believed to work faster. Besides, people consider it one of the most stable tokens on the current cryptocurrency market.

Ethereum is a decentralized platform that provides a high level of security, eliminating any chance of fraud or downtime. The system also has a certain cryptographic token on which application can run. It is important to notice that such financial market giants as JP Morgan, Mastercard, Microsoft,  and others already evaluated the benefits of Ethereum.

Another open-source currency, which is mostly known for its selective transparency of transactions is Zcash. It offers privacy and security to all possible online locations where transactions are recorded, stored and published on the blockchain. Although it hides the information about the transaction details, like the accurate amount and users’ identities. The platform can encrypt all contents with an option of shielded transactions. Similarly to Zcash, Dash gives clients an opportunity to perform transactions with a greater anonymity and privacy. The cryptocurrency utilizes master nodes, that makes it more complicated to trace a transaction.

Last, but not the least, Ripple allows users to conduct instant international payments at low cost and with end-to-end transparency. Its main principle is that the distribution is the key of stimulating particular behavior. The cryptocurrency is based on the consensus ledger, meaning that it can’t be mined. That reduces the use of computing power and network latency.