Alibaba Will Use Domain Names to Connect Between Blockchains 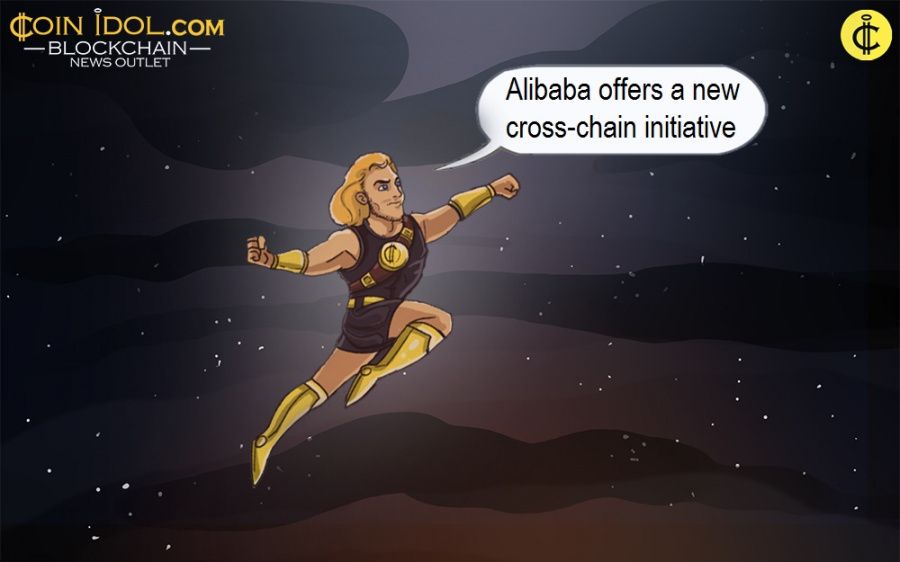 Chinese e-commerce giant Alibaba has filed a patent for cross-chain technology that improves the connection between blockchains through domain names. The ‘unified domain name scheme’ has been approved by the United States Patent and Trademark Office (USPTO).

Through the patent application, Alibaba revealed that when you are linking a site through a domain name like ‘.com’ or ‘.org’ on the internet, assigning a common domain name to a DLT or a part of the DLT makes it easier to create another blockchain, and it allows enhanced proof of identity and communication with participants in an across-the-board network.

The domain name system was created with the consortium scheme in mind. It also comprises easy human-readable domain name support. Alibaba believes that the ‘unified domain name scheme’ can support inter-blockchain interaction in a simpler way than traditional interoperability initiatives.

Alibaba also proposed a ‘unified blockchain domain name (UBCDN)’ method that allocates only one domain name to the DLT. It is said to be easier to connect and communicate between DLTs with UBCDN that can be identified by all blockchains around the world.

It is unclear whether Alibaba will actually commercialize the system. The DLT sector believes the patented technology can be incorporated into DLT of Alibaba’s Fintech subsidiary rolled out in November to support small and medium enterprises (SMEs).

Alibaba, the 3rd largest IT firm in China, is focusing on practical technology utilization by integrating blockchains into overseas direct access platforms and intellectual property systems. As for now, the company acquired two patents related to blockchain network security and blockchain network transaction expiration date through the US Patent Office at the end of last year.

As coinidol.com, a world blockchain news outlet, reported in September 2018, Alibaba was holding more than 10% of all DLT patents filed globally. Out of the total global DLT patents (406), Alibaba alone had filed about 43 patents (10%).

However, China is generally known for its passion for development and innovations, so it is no wonder that the companies operating within the country share the same passion and build up their innovative potential actively.

China managed to become a superpower we see today by always trying to implement new things including blockchain technology. The government is supporting its blockchain industry and is encouraging local companies and startups to utilize untapped opportunities. Recently, the Bank of China and other 3 central financial watchdogs proposed a plan to create a DLT-powered finance trade platform to the Greater Bay Area (GBA) with the aim of improving international financial services and investments in the area and even turn it into a world’s gigantic economic hub.

One of the primary missions of China is now to dominate the US in the blockchain, artificial intelligence, defence and security, internet of things, and digital currency space. When it comes to blockchain initiatives, China is willing to do everything possible than any other country in the globe.