Akon Is Building His Futuristic Cities Through the African Continent; Setting the Grounds in Uganda Now 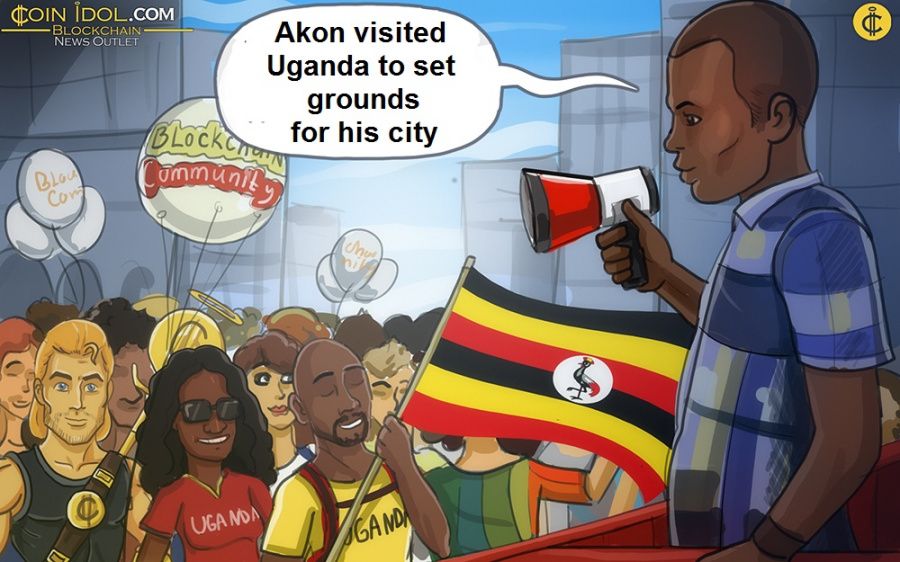 On April 2, Senegalese-American rapper, philanthropist and crypto enthusiast, Akon visited Uganda and met with the President and various entities to discuss possible business opportunities in various sectors. Is this a dream come true for the “One Africa, One Koin” that Akon is preaching?

The investment-seeking couple was welcomed at Entebbe International Airport by the tourism ambassador, Eddy Kenzo and various dignitaries from the government and later flew to meet the President and first lady at their country residence in Rwakitura, Southwest of Uganda’s capital. The president rushed to share photos of the meeting on his Twitter account and reiterated that he was looking forward to the discussion. 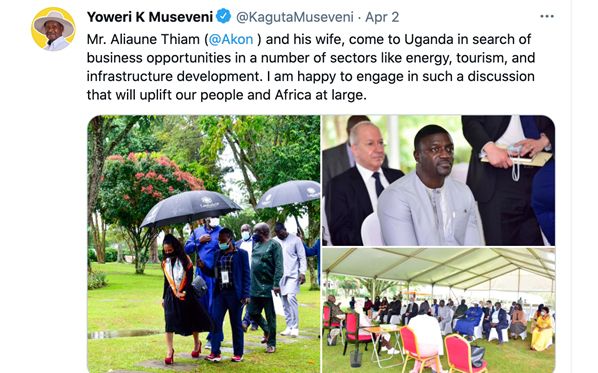 While the media put the meeting agenda to a business-seeking one, where the President was especially interested in exploring opportunities in the energy, infrastructure and tourism sectors, it could be an opportunity for Uganda to witness major changes in the cryptocurrency industry space and other smart technologies.

Akon’s commitment to Africa is to transform its infrastructural and financial landscapes by creating the next generation cities (Akon Cities) powered by smart technologies and the Akoin cryptocurrency. It is already a fully registered cryptocurrency being transacted in most exchanges today, as CoinIdol, a world blockchain news outlet, reported.

After Akoin launched in Kenya, Uganda’s immediate neighbour in the East last November, it is possible that such engagements with the Ugandan government could lead to the launch of the same project. Remember Akon’s dream of “One Africa, One Koin”.

Although cryptocurrencies are not recognized as a legal tender in the East African country, the government and the President are in support of crypto and blockchain technology.

Museveni, at the July 2019 Blockchain Conference that happened in the capital Kampala showed massive support for blockchain and cryptocurrency and believed that such technologies would be ideal for Uganda’s struggling agricultural, manufacturing, services, and ICT sectors.

Akon’s business trip to Uganda raises mainly positive thoughts as far as the blockchain and crypto industry is concerned. The blockchain community is curious about what will unfold from the meeting with Uganda’s President.