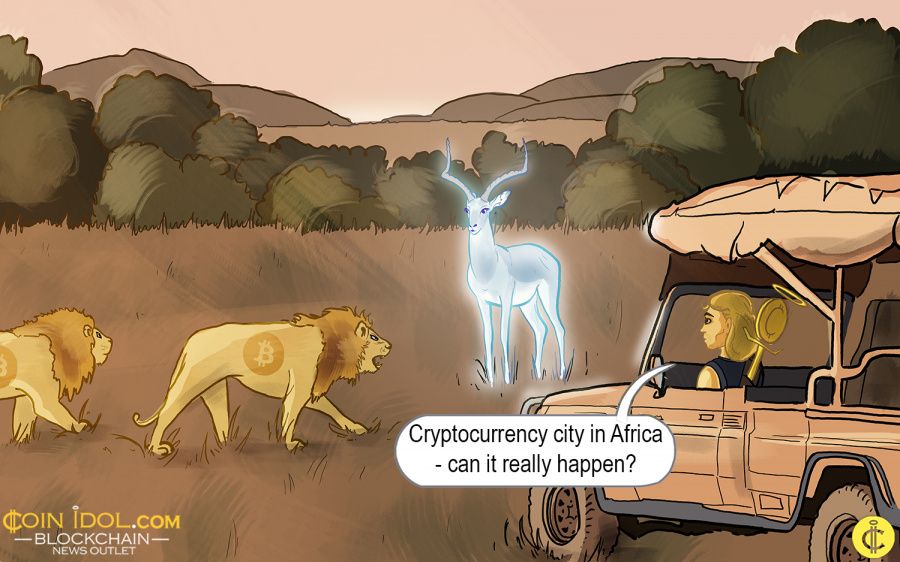 Akon, a successful African music producer plans to build a huge city in Senegal based on a cryptocurrency that looks to be the saviour of Africa and the world at large. Akon, whose real name is "Aliaume Thiam" was born in Missouri and currently lives in the United States though he spent a lot of his childhood moment in Senegal.

The musician is launching the app-based "Akoin" cryptocurrency which he strongly believes would be at the center of a technological African city alike to Wakanda, the hi-tech invented African country from Marvel's award-winning Black Panther great movie.

To What Extent Will this Project Help Africa

The Grammy-benamed artist was officially communicating on a panel about Africa, entrepreneurship and blockchain at the Cannes Lions International Festival of Creativity. Akon thinks that blockchain technology and cryptocurrency could be help Africa in many different ways.

He further said that blockchain brings back the power, authority and security to the people and currency system at large and gives the public to fully exploit it in better ways where they can aggrandise themselves and stop the government to do acts that are fixing them down.

Some industry experts are highly impressed by Akon’s move as they have been following his incredible track record of utilizing his celebrity for philanthropic work within Africa.

Sergey Vart, CEO at Cereal Finance - a platform offering credit products that are secured by customers’ mining equipment, cryptocurrencies and other blockchain assets - commented to Coinidol:

“Our strong belief is that Africa could benefit greatly from Akon’s newest undertaking: bringing crypto to Africa. His token “AKoin” could help recover and improve countries such as Zimbabwe, where armed forces have seized power, causing hyperinflation which has destroyed the purchasing power of their native FIAT currency. Akoin can solve these issues and mitigate unstable governments through bypassing each countries unique centralized systems and going directly to the people. This effort places a significant amount of importance on how the coin is initially “sold” or “dispersed”. This will have mass ramifications on the company’s ability to carry out its mission to become the saviour of Africa.”

Sergey has a strong track record of working in blockchain and fintech industry as he was the founder of different startups like ismashed.ru, Masterzen.ru and CEO at a p2p lending platform Credeo and Rassrochka24, which was nominated as the Best fintech Startup in Russia.

Is this Gift from State House in Support of Blockchain

Macky Sall, President of Senegal, has offered 2,000 acres of land that is located a short drive from Dakar capital and its new international airport all to Akon for the great project,  according to Akoin website.

Akon said that he will name the built city "Akon Crypto City" and plans not to personally get much involved in the execution and running of the giant project. He came up with the concepts and he will let the experts in this technical field figure it out.