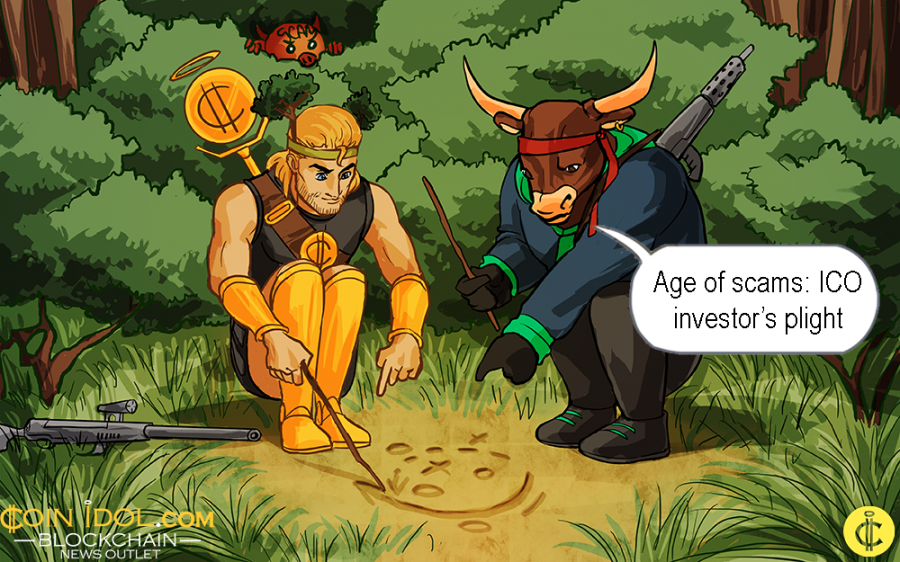 Blockchain offered the world a new model for a p2p economy, introducing free global trade without intermediaries and reliable storage of value without the fear of seizure or account freeze by regulators. Along with this new paradigm of money arrived a new paradigm of fundraising. The so-called ICO (initial coin offerings) gave businesses easy and global access to investor money and provided investors themselves with endless opportunities.

That being said, the crypto market is highly volatile and mostly unregulated, and hence very risky and potentially dangerous. Innovators and visionaries are always followed by con artists and populists. Blockchain did not avoid this fate and in recent years has become increasingly ridden by frauds and exit scams.

In Trustless Systems Trust no One

Scammers have always been a thing. Phishers, fake account trolls, pumpers and good old Nigerian princes all had their share of swindled coins. But it was not until 2016 when scammers showed some real ambition and really started playing big.

Early crypto investors would pride themselves on solid market savviness, and this false confidence led many to serious financial losses. Veteran Bitcointalk forum users still remember how an obscure project named like a second-hand rapper ( deCLOUDs) brazenly entered the scene and gathered around 300 BTC with just an ambitious grand vision, a neat if somewhat empty presentation and a bunch of photoshopped pictures. And then vanished into thin air the next day.

Many others followed suit like EBitz, ZCrypt and Opair, each attracting hundreds of BTC. Bearing in mind the price surge, these people probably made millions off their online charisma and quite mediocre photoshop skills.

Did anything change since those early wild market days? Not much, actually. Perhaps today veteran investors are mostly a jaded and wary bunch. But since the level of crypto adoption has boomed during 2017 the scammers don’t seem to have a shortage of victims at all.

Fraudulent “blockchain” platforms and exit scams today are more numerous than ever. Some researchers go as far as to say that there are more scam blockchain projects than honest ones.

To offer a recent example, just this year the crypto startup LoopX performed a textbook exit scam, disappearing immediately after an ICO with $4.5 mln of investor capital. It looked just like another investment platform, offering to multiply backers money with the help of some advanced trading algorithms. But in a matter of several hours it was gone and so was the money.

Some scammers arrive to crypto right from the world of multi-level marketing and pyramid schemes and they are prepared to invest a lot of time and effort in milking a coin for as long as possible. For example, the notorious Bitconnect existed for years until it became unsustainable. Some speculate that this was by far the most egregious exit scam in the history of crypto.

Another savage scam was recently seen in Vietnam. Modern Tech, a Vietnamese company, launched as many as two tokens (PinCoin and iFan), raising more than $660 million from over 32,000 investors. The token’s economic model looked like an MLM scheme from the very beginning but it took people a long while to realise something was amiss. The team disappeared in March and the flow of money instantly stopped, sparking a slew of street protests in Ho Chi Minh. The protests of course proved to be completely fruitless.

Celebrities get mixed up with bad company as well. Floyd Mayweather, a champion boxer, officially endorsed Centra right before the SEC charged the platform’s founders with carrying out a fraudulent ICO, but not until the company raised a hefty sum of $32 million.

Perhaps the most illustrative and symbolic case was presented by Prodeum who, having allegedly gathered millions of dollars worth of crypto, diligently deleted every trace of their presence on any forum or other online platform, leaving just the single word “Penis” on their website’s otherwise pristine main page.

To Err is Human, but in Numbers Lies Wisdom

With time it became increasingly obvious to investors that browsing through the list of ICOs on crypto forums or dedicated listing sites alone would never let them tell a scam from a decent project. Such platforms do not have much filters and usually do not perform diligent checks, if they bother to perform any.

It pays to also analyse the points where the usual red flags can surface - the team’s “social credit”, the code, the smart contracts, etc. But this may still not be enough.

Of course some bets are safer than others but also do not offer quite as high returns. So there’s another important dilemma for risk-takers.

For a while the crypto community was seeking a way to introduce more safety and certainty to the ICO model without regulating the market and resorting to involvement with the state and traditional financial institutions.

An unexpected solution to this conundrum appeared in the form of aggregated prediction markets, online platforms that use the wisdom of the crowd to speculate on the outcomes of future events and be incentivized by the results.

Prediction markets are essentially platforms where people bet on future events. But this activity is very different from gambling, which relies solely on luck. Prediction markets rely on collective wisdom, which was proved to be a surprisingly accurate forecasting instrument.

The most obvious argument in favour of crowd wisdom stems from its very concept. Statistically, two heads are better than one and a hundred opinions will provide a more broad and complete picture than but a few. But prediction markets are more reliable than, say, polls, if only because forecasters put their money on the line as they make predictions. The economic incentive thus being to either become a highly qualified expert or rely on someone else’s expert opinion.

Blockchain prediction markets are not a new thing. For example, Augur, Gnosis and Wings have been around for years and have been showing decent results. While Augur and Gnosis focus almost exclusively on predictions, Wings has built an infrastructure for fostering a new generation of crypto projects not only through incentivizing forecasters to make predictions but also providing a platform for crowd-sourced product improvement and for running safe and transparent project funding.

The important thing to remember is that one does not have to be a forecaster to enter a prediction market. Just watching the bets experienced forecasters make and checking with their reputation and track record any investor can greatly boost his own expertise. Forecaster groups make a living by identifying scams and stillborn projects thus it is not unreasonable to monitor prediction markets and factor crowd wisdom in when making important investment decisions.

On a final note, even honest projects can fail unexpectedly, so there are no safe bets. But there are smart bets, and experience shows that consulting with prediction markets on serious investments is in fact a smart strategy.