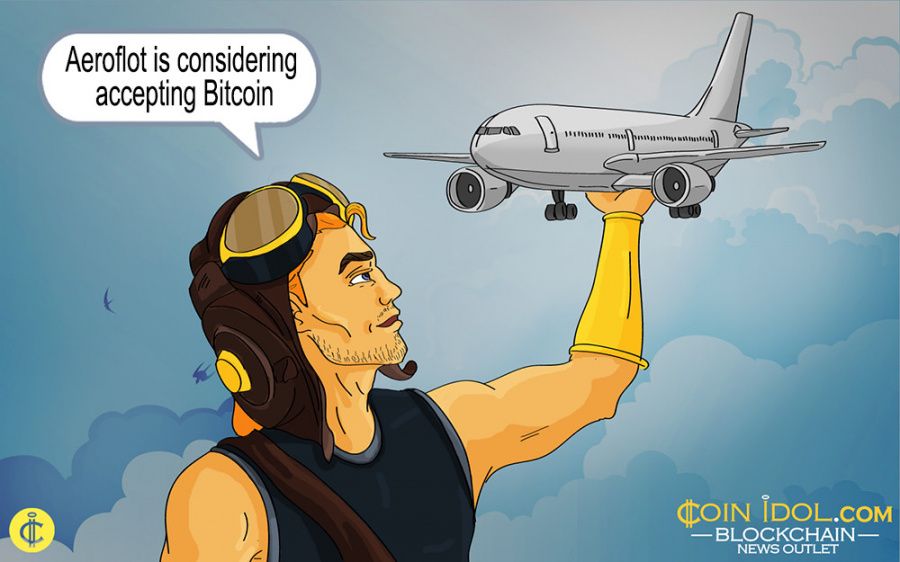 The largest Russian airline company “Aeroflot” is considering accepting payments for airline tickets in a cryptocurrency, such as Bitcoin.

According to a recent report, Aeroflot has announced that it is now looking for a contractor to conduct research into the area of cryptocurrency payment acceptance. The results of this research will help lower expenses and increase the company's competitiveness and operational efficiency.

The local news agency recently  received documents that state that the contractor will have to conduct a full analysis of the current cryptocurrency legislation in Russia and worldwide and define the prospects for the further development of the cryptocurrency market. Aeroflot also wants to understand the possible economic and tax benefits before adding cryptocurrency to the list of payment instruments for the airline’s services.

"Considering the growing global trend of distribution and use of cryptocurrency in the world, it is proposed to consider the possibility of using [cryptocurrencies] within the framework of the activities of Aeroflot."

According to official data, the results of the tender will be announced on August 2, 2017. The contractor will have to complete the study by December 10, 2017. Aeroflot intends to allocate up to 24.6 million rubles for the research, a  report by Bits.media says.

In the meantime, customers traveling in Europe have already had the opportunity to pay via Bitcoin for airline tickets since 2014. Latvian airline airBaltic became the world’s  first airline to accept Bitcoin as payment for its tickets to 60 destinations in Europe, Middle East, Russia and the CIS.