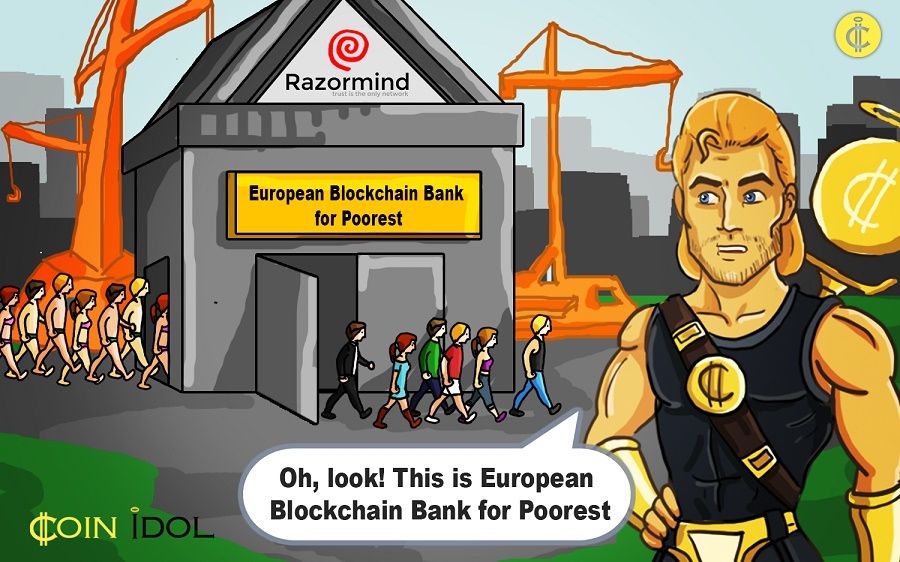 New banks will run on 100% Blockchain technology and expected to begin operations in 2017. Banks will power Razormind’s blockchain services for mobile payment including Deposit/Withdrawal, Local Payment, Bitcoin and DeOS access for EU customers.

“We're not targeting banks as competitors. Our plan for these banking services is to provide deposit/withdrawal, and a key product will be interest free payday loans, coupled with the facility to create a global credit rating. Rather than having their debts grow - we want to see if people want to purchase their way out of debt or at least stabilise it. The deposits are not ever touched or re-invested. So I don't want to overplay what we're offering.”

Razormind will also work with local partners to develop additional access points to banking and minimise the environmental impact for any bank or large scale financial system. 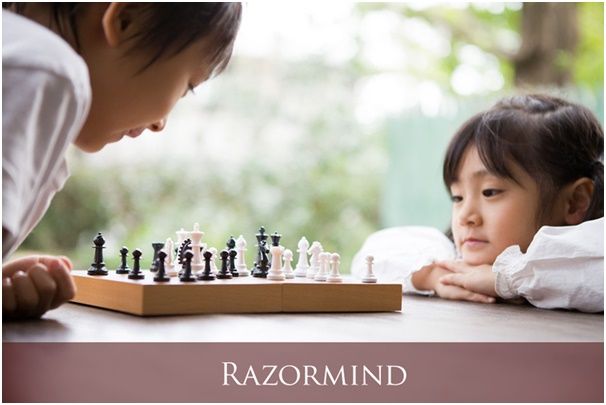 According to the information from Razormind, for the project in Belfast, Ireland, company will offer fixed fee short term loans to those previously forced to use payday loans at extremely expensive interest rates. The project will also provide grants for an outdoor education space for local schools, as well as a walking trail for communities.

In Paris, France, Razormind will eliminate the need for local loans by neighbourhoods by locating the bank adjacent to one of France’s consuming populations. The banking facility is also designed to build automatically a globally valid credit rating and create a pathway to sustained financial health. District initiatives to provide grants in the community are also being prepared.

"Financial inclusion is a very important and worthy goal. We often think of people in the developing world as needing credit and services that facilitate financial inclusion, often overlooking the poor who are around us. I applaud Razormind's efforts and concern with providing inclusive financial services. Platforms like these could potentially give people the opportunity to break free from the trap that short-term moneylenders have set for them, and give them an option that could lead to financial stability and eventually freedom from debt," commented Stephen DeMeulenaere, Digital Currency Consultant and Co-Founder of Coin Academy, to CoinIdol.

“Razormind's platform could lead to another market breakthrough leading to banks in Europe paying attention to their poorest citizens, and realizing the financial advantages to them for doing so. Just as we saw small-scale initiatives in micro-banking in Africa, Asia and Latin America become large-scale micro-financial institutions, like BRAC and the Grameen Bank, so too we may see the same kind of initiatives in Europe and other so-called "developed" economies.”

The recent debut of Razormind’s new DeOS Platform has an unexpected success, as it raised more than $1.4 million US Dollars in under 1 week. It emerged as blockchain rival to Microsoft, IBM, and Ethereum. Today Razormind supports nearly 60 European Financial Services clients.

“We’re excited to spur growth in Northern Ireland and France and develop blockchain systems that offer advantage to everyone in the economy. Our commitment to responsibility is good for the community, good for our business and good for the European economy.”

"Do these guys know how financial regulation works? In particular, when you say that you are a “bank” it is required for you to have license, otherwise you’ll get fined (that’s in Europe).
Basically, the idea is nice, but not new - there are plenty of similar products on the market. If we talk about software only then there are guys like Credits.vision and Vault.os, if it’s a financial services firm - then there are plenty of newly regulated banks like N26, Mondo, Monese and others."