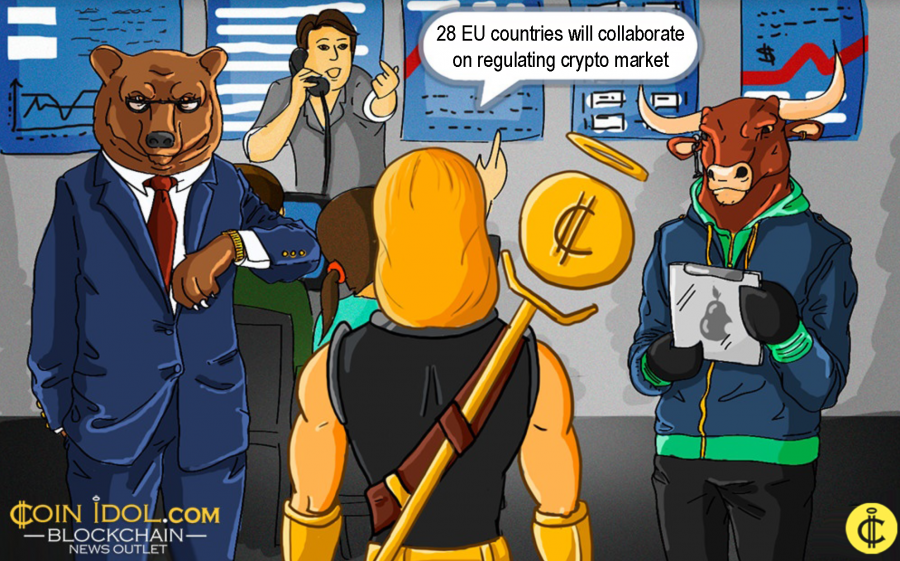 On September 7, 2018, Finance Ministers from 28 EU countries will converge in Vienna to discuss and collaborate on regulating the emerging cryptocurrency market.

According to this announcement from the Economic and Financial Affairs Council (Ecofin), it will be an informal meeting to discuss policy issues associated with economic and financial issues. The member states which are part of the Eurogroup whose currency is in Euro usually are in attendance at this meeting.

Austrian Finance Minister Hartwig Löger speaks of the priorities that will be covered at this meeting which includes taxation of the digital economy.

“The informal meeting of economic and financial affairs ministers is an ideal opportunity for promoting our EU Council presidency topics and for resolving blockades in various areas, for example relating to the taxation of the digital economy. On this subject, in many cases the positions of the member states could not be more at odds. It is by no means an easy task to bring these differing perspectives down to a common denominator, but I am convinced that by addressing this topic we can make an important contribution to moving forward.”

The Agenda for Day 1 will feature the Eurogroup meeting and on Friday afternoon, the informal meeting of the Finance Ministers and the discussions about cryptocurrencies will occur. The topics discussed will include the opportunities, risks, and possible regulation of this “global phenomenon” and the people driven force behind it.

The Agenda for Day 2 will involve the status of EU’s stability and fair taxation of the digital economy based on the European Commission’s proposal from March 2018. A short-term plan of a temporary tax on digital turnover and long-term solution concerning new rules for corporation tax will be part of the discussion and collaboration.

The whole premise of the emerging cryptocurrency phenomenon emerged just after the 2008 financial crash when the financial system was within hours of being completely destroyed. People were disillusioned with the centralization model and the process where institutions and other people were controlling their money.  In this very detailed lengthy article Structural causes of the global financial crisis: critical assessment of the ‘new financial architecture written by James Crotty and published by the Cambridge Journal of Economics on July 1, 2009, the complexity of the system and actions that led to the domino effect causing the 2008 financial crash is astounding. Bitcoin and blockchain emerged as a result as alternatives.

Compared to the centralized model, the concept of a decentralized environment is a totally different perspective with peer-to-peer interactions being a core trust component, like bartering, with blockchain used to keep track of all transactions. The argument that cryptocurrencies are used by nefarious people wanting to perform illegal activities is happening with other cash fiat currencies as well.

Cryptocurrency Users Still Have Choices But For How Long?

Cryptocurrency users still have a choice as to whether they want to comply with regulations or not by doing transactions with their own private wallets. It’s similar to how people do work for cash and don’t record it. However, it appears as if we may be approaching a time where this may all change as financial institutions and governments grapple with this fast-moving cryptocurrency phenomenon and seriously intend to regulate or squash it and redesign their own digital currencies.

The key though does come down to two philosophies involving the centralized model backed by the financial institutions and government where they are in charge of everyone’s money and charge high interest rates versus the decentralized model where ordinary people (not necessarily criminals), are in charge of storing their own money and deciding who they choose to do business with on a peer-to-peer basis using cryptocurrencies.

As new innovations and applications in blockchain technology are designed at a feverish pace daily by entrepreneurs and Bitcoin holding steady with predictions that it will climb once again to new heights, time will tell who wins this battle and what the world will look like once the battle is won.