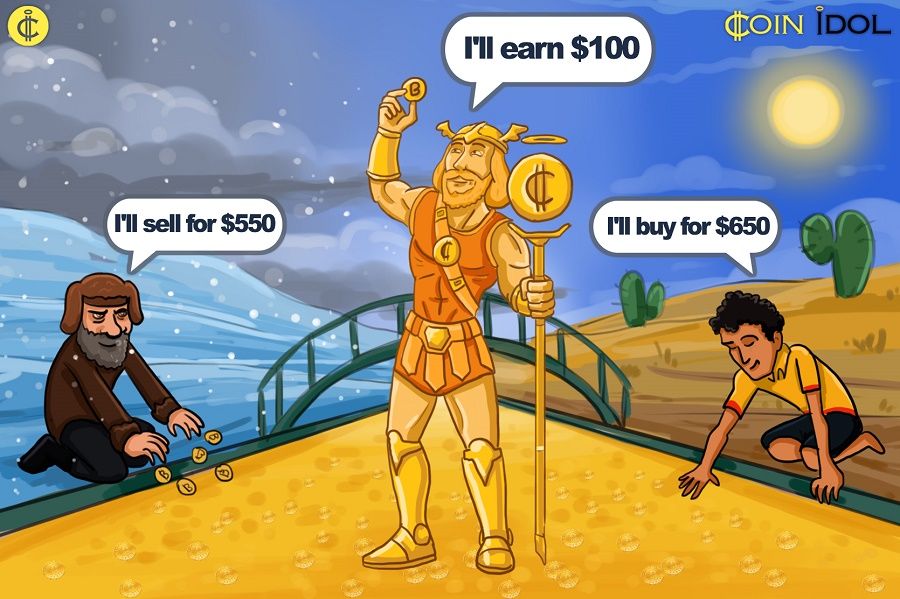 A spread of over 100 USD between two Fiat currencies allows for great profit on international Bitcoin exchanges. The Bitcoin value difference is getting wider by the week between the Russian Ruble and the Brazilian Real currencies, and this difference is also a symptom of how Bitcoin is spreading across the world. 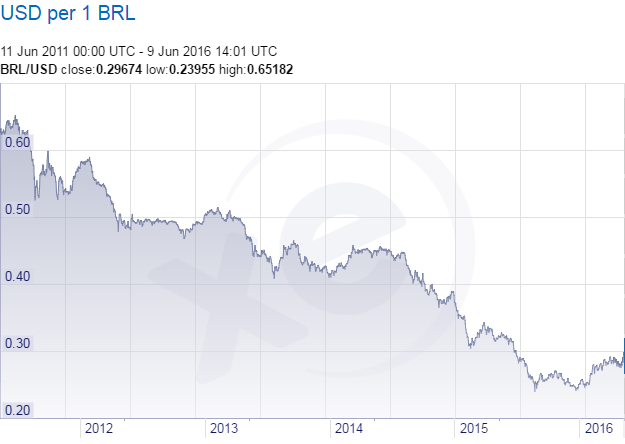 The Real, the Brazilian currency, has seen a steady decline of value in the past few years.

Now, there are other countries with troubled currencies: Venezuela and Russia are good examples, but many countries around the world are seeing a steady decline in their currency value with respect to Western currencies like the Dollar and Euro.

For the Ruble in particular, the situation is even worse: it has fallen from 0.030 USD per Ruble to 0.015 in just two years.
The Venezuelan government decided for two drastic devaluation hits from 2012 to today: once in February 2013, and another more recently in March 2016. Again, the Venezuelan Bolivar has fallen from 0.23 USD to a 0.10 USD valuation in four years.

The Impact Of Currency Devaluation

You may think that you still buy milk and meat within your country, so everything holds up, and in a sense, that’s true, but you still have to buy things from other countries.

If a country cuts the value of its own currency, companies that rely on export will manage to stay in competition with those from other countries. But if you want to buy something that your country doesn’t produce, you will be in trouble.

A simple example: Venezuela may find its companies now selling better with this last devaluation, but people have more and more difficulty in buying electronics, as there’s no Venezuelan company of any relevance that produces mobile phones, or TVs or computers and Venezuelan currency value is now half that of a few years ago.

This mechanism rebounds down the whole country with a chain reaction that leaves people poorer and poorer, even when some companies keep exporting.

If you want to buy Bitcoins in Brazil, you have to pay more than 10% more than in the rest of the world. At an actual price of around 680 USD, you will pay more than 760 USD in Brazilian Reals for 1 BTC.

That’s a huge difference, and it suggests two things: Bitcoin has a real market in Brazil, a real market with a large demand in relation to local offerings, and, this market is not of a high level, as high level people have no problem in converting their money into USD or EUR, this demand comes from people that can only buy BTC with BRL.

Another interesting factor to consider is that this difference in price in Brazil wasn’t always there: while the price in Brazil was always a bit higher than in other countries, the real value split began in December 2015, and seems to be inflating greatly these days.

This suggests the possibility (that has to happen sooner or later somewhere) that Bitcoin is crushing the wall of distrust and beginning to get into the mainstream in Brazil.

Is Brazil the first country where Bitcoin will set foot for good? Nobody can say yet of course, but this signal, this higher price, translates undoubtedly into higher local demand, and shouldn’t be underestimated.

On the other side, we have Russia, which, with its equally troubled currency, has a much lower price than the average of USD, EUR or CNY. With BTC at 680 USD, you can buy one with the equivalent of 650 USD in Rubles.

This lower price is probably the effect of the ban the russian government has put in action in the country, a ban that could land you in prison for up to 7 years (yes, seven) if you are found exchanging Rubles for Bitcoins.

That’s bad, but on the other side consider this: despite the jail risk, somebody is doing it anyway. It’s not a huge volume, and the fact that it’s not a huge volume leads to an easy conclusion: it’s not criminals that are exchanging Rubles for Bitcoins, it’s just some people that convert the little they earn into BTC.

So consider this: despite the fact that these people will surely not be able to spend Bitcoin in Russia, because no shop will accept them, and despite the jail risk, they do it anyway, because they can exchange BTC somewhere for some other currency like the Euro before reconverting it to Rubles and nobody will ever catch them.

Their wealth is safe from the government’s devaluation politics and from Currency Wars.

This suggests to us another thing: no ban can really be put in place effectively, governments and banks can only slow down Bitcoin adoption, but it will keep spreading, even in the face of jail and fines.

In the end, you can bet also that government officials will invest in Bitcoin when they see their wealth declining year by year. Hell, that could already be happening right now.

Bitcoin is still gaining momentum, it’s still rolling along the runway before takeoff.

We see it slowly replacing here and there, this and that service, we see people buying it despite all the risks, we see it gaining more and more credibility despite the mainstream media working against it, we see its price not only rising, but stabilizing.