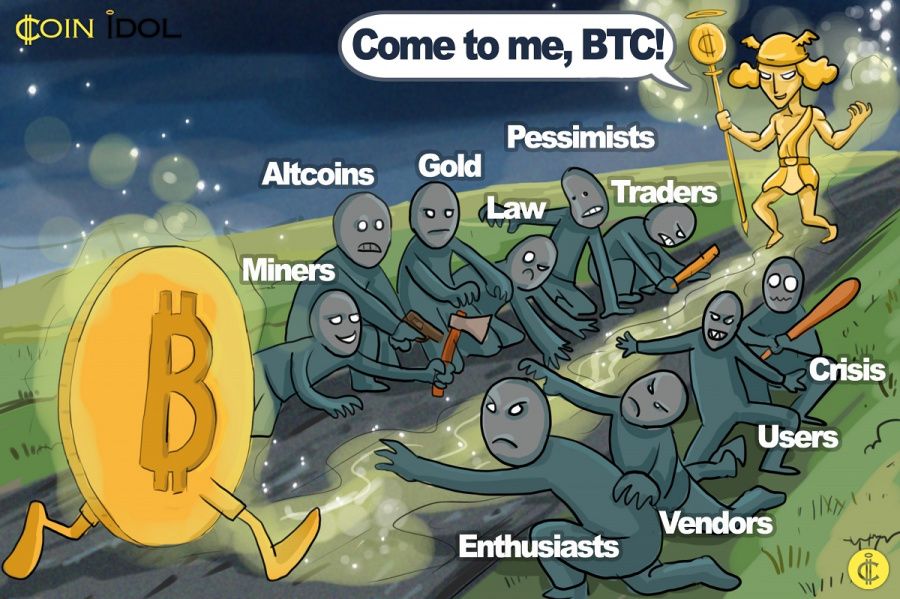 Bitcoin has many positive benefits against other currencies. Some use Bitcoin just as a means of payment for goods or services, while others use it as a way to invest money, and some people decide to use Bitcoin to preserve their capital. In any way, the determining factor is the price of Bitcoin.

Still, the Bitcoin price is highly volatile. But why is the price of Bitcoin constantly changing?

Before answering this question, it is necessary to determine the value of Bitcoin fundamentals. Bitcoin is constantly bought and sold by traders and cryptocurrency users. Ultimately this cryptocurrency became an alternative to the usual fiat money.

The credibility of Bitcoin is increasing among the people, especially among young people who have less trust in fiat money that any central bank can print without limit. Bitcoin also has all the properties of money. Bitcoin is recognizable and accepted as a means of payment in most countries of the world. But the most important thing is that Bitcoin’s price is determined not by the central banks but by the ordinary people. Bitcoin is not supported by commodities and resources. Bitcoin is an extremely technical and mathematical product.

These are 10 reasons why the price of Bitcoin is constantly changing:

1.  According to the Bitcoin protocol the total amount this cryptocurrency is limited to is 21 million Bitcoins. To date, 15 million have already been mined. Periodically, every four years, the mining reward gets reduced by half. This factor is pushing up the price of Bitcoin.

2. Enthusiasts trust in Bitcoin. This is a very important factor to support prices. With the growing confidence in Bitcoin, its price will tend to go upwards.

3. Bitcoin has already been distributed among the people and this propagation is increasing, which affects the Bitcoin price.

6.  Buying Bitcoin is considered to be a risky investment. In moments of crisis investors are eager to get rid of risky assets in exchange for those less risky, such as gold or currencies. In such moments, the price of Bitcoin is falling.

7. The supply of Bitcoin on exchanges is very limited. Any trade with a large number of Bitcoins produces an instantaneous price reaction around the world.

8.  Besides Bitcoin, there are other cryptocurrencies that are traded on the stock exchange and have the same advantages as Bitcoin. But Bitcoin is the first cryptocurrency. The success of all cryptocurrency will contribute to the growth of Bitcoin.

9. The fact that only a some Bitcoins are in circulation and handling while others are stored in wallets also affects the Bitcoin price. Therefore, the number of coins in circulation periodically decreases, then increases, which affects the price change.

10. Disbelief from pessimists and information attacks from the enemies of cryptocurrency. In many countries governments are wary of Bitcoin and even attempt to restrict its circulation. This is a negative factor for the price of Bitcoin.

Investors and simple cryptocurrency owners are constantly monitoring the price of Bitcoin. Every day, experts analyze its price movement. They are searching for any other reason that may additionally affect the price of the Bitcoin. We will closely monitor the dynamics of Bitcoin and try to answer this question.