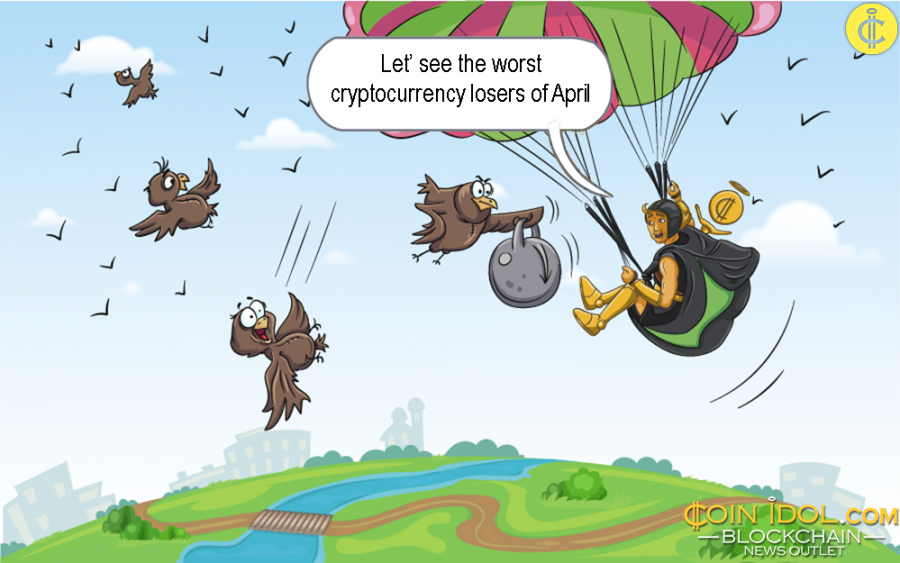 Last month has been characterized by great changes on the cryptocurrency market. Some  altcoins such as Bitcoin Cash and VestChain drastically surged in price, while others lost up to 63% of their value. Here you can find a list of the 7 worst performing coins out of the top 100.

Bitcoin ended April with a monthly increase of 28%, collecting profits for the third month in a row. During February and March, Bitcoin grew by 11.2% and 7.8% respectively. 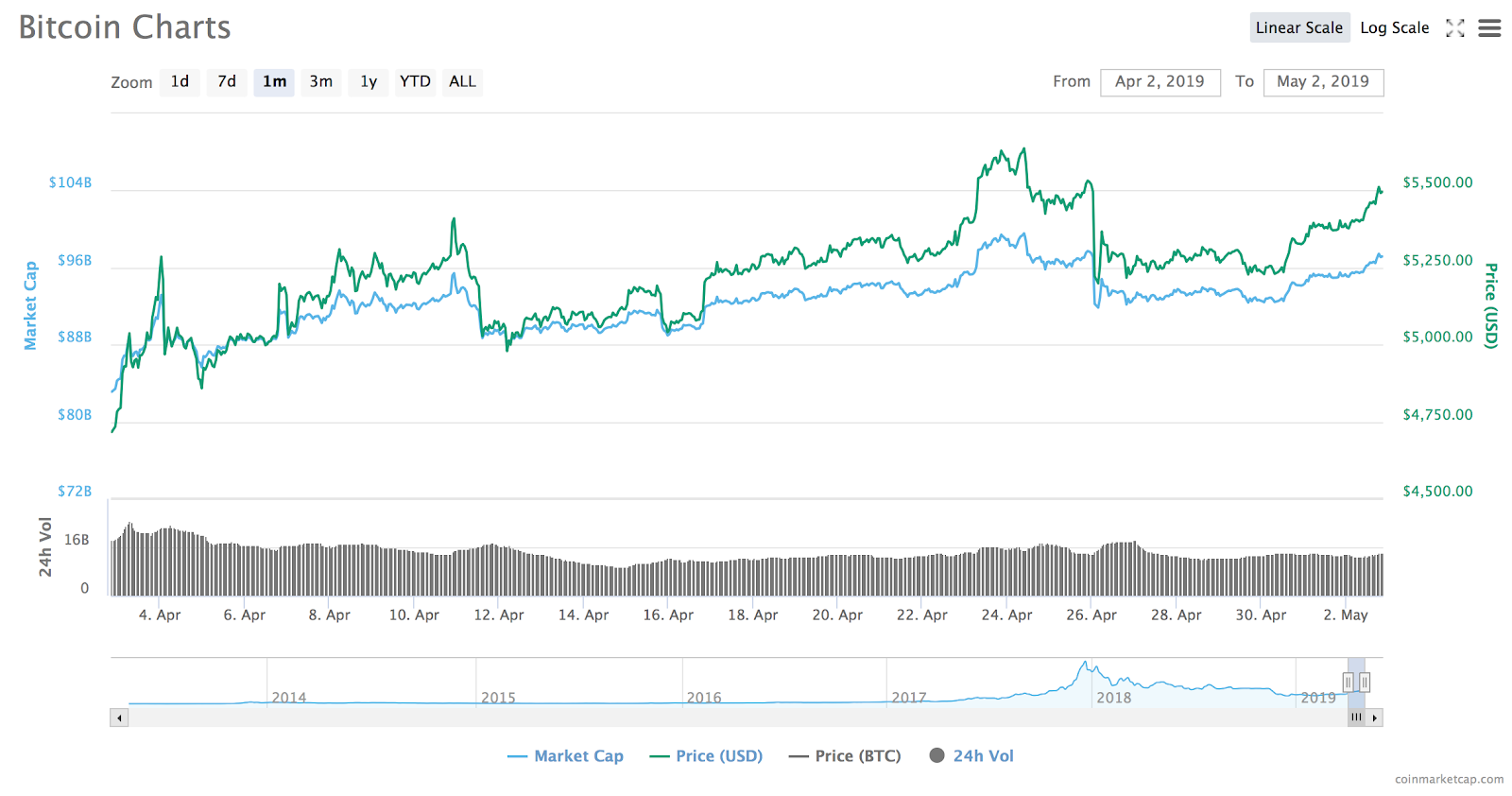 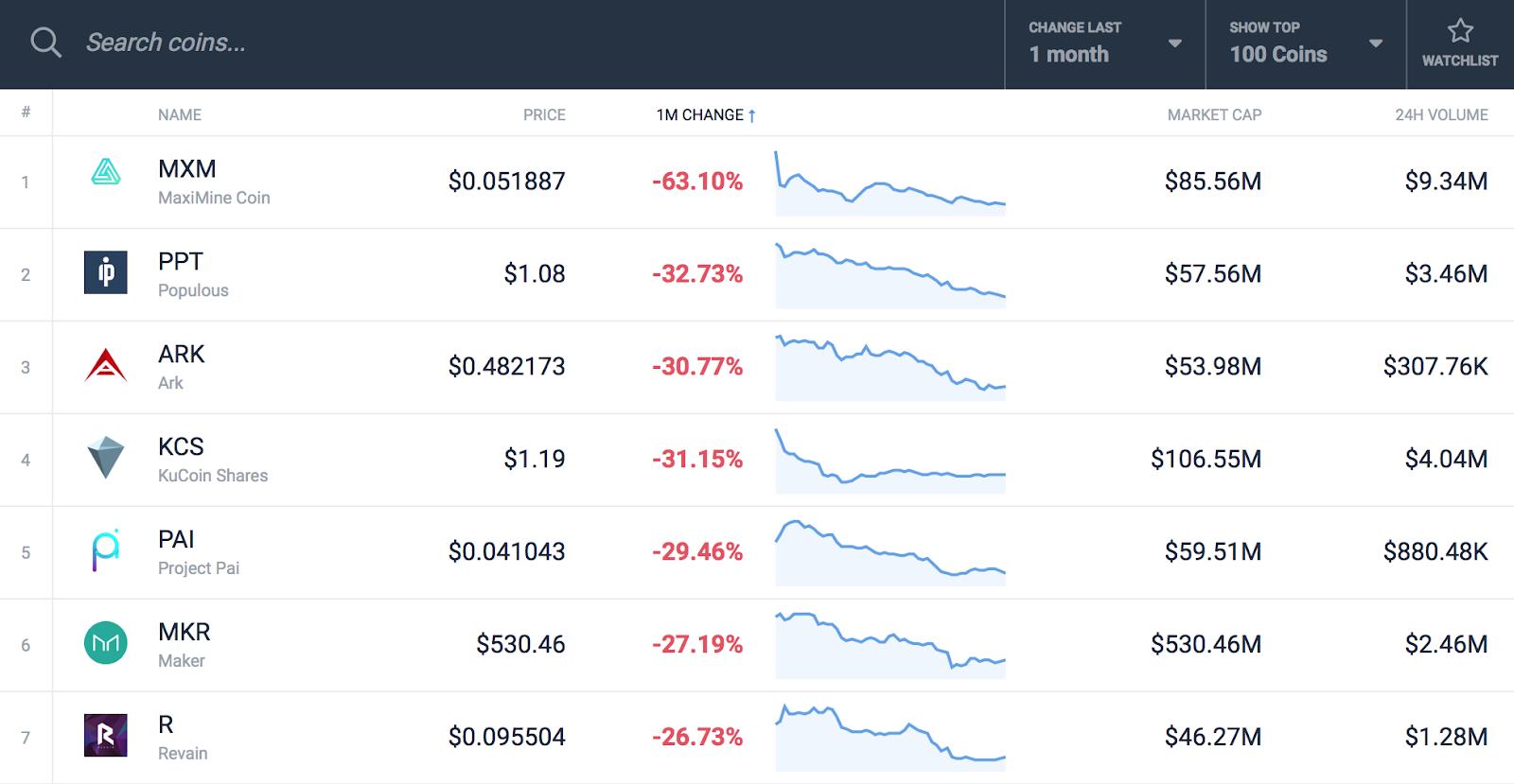 Maximine Coin has a market capitalization of $85.7 million and a daily volume of $9.70 million, according to coinmarketcap. Over last month, the coin lost around 63% of its initial value, dropping from $0.148 to $0.052. The cryptocurrency is traded at such popular exchanges as CoinBene, HitBTC, and Rfinex. 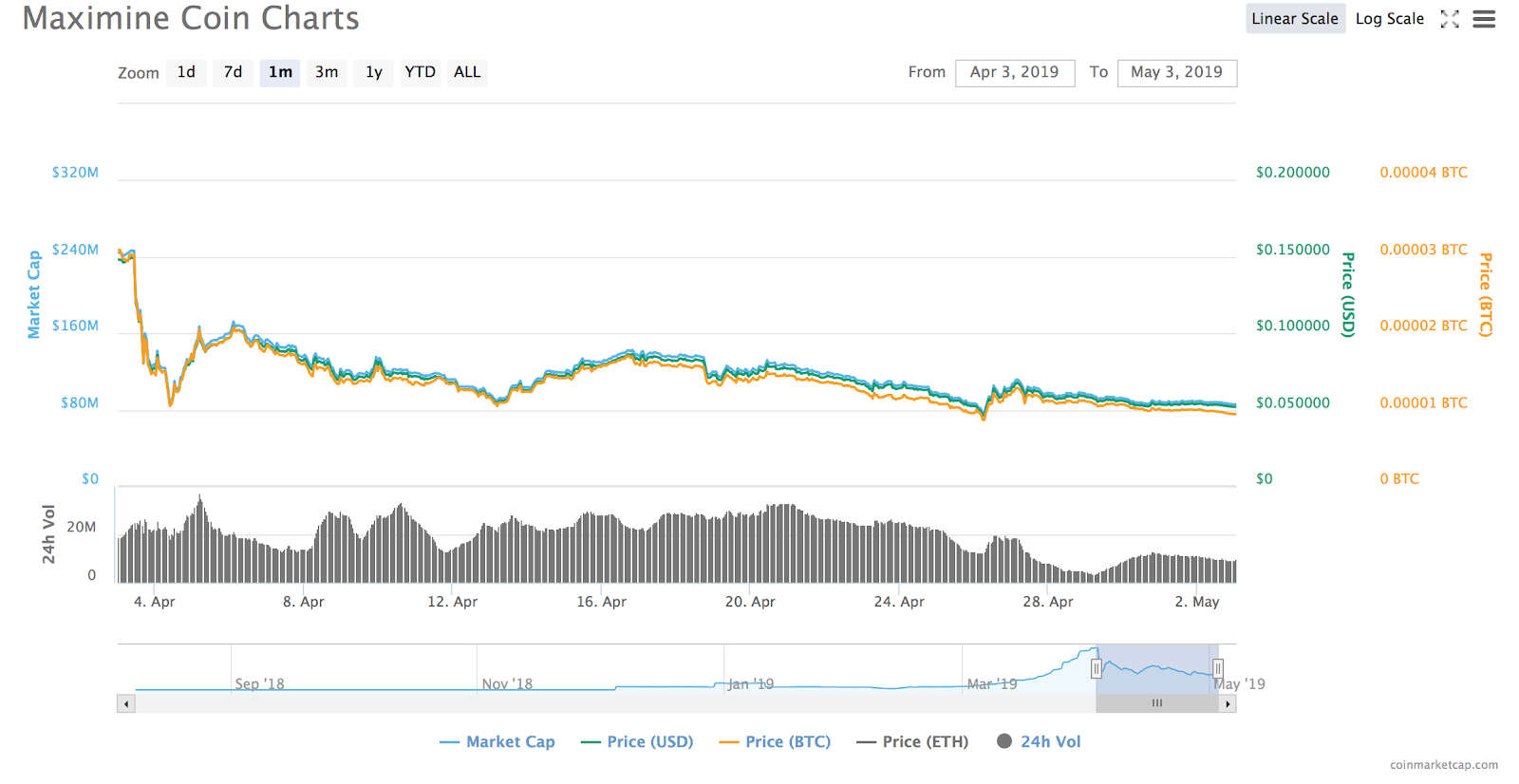 Blockchain-based coin Populous is changing hands at $1.08, 32% down from the total value that was recorded a month ago. With a marketcap of more than $57 million, the annual trend of PPT seems to be downward. 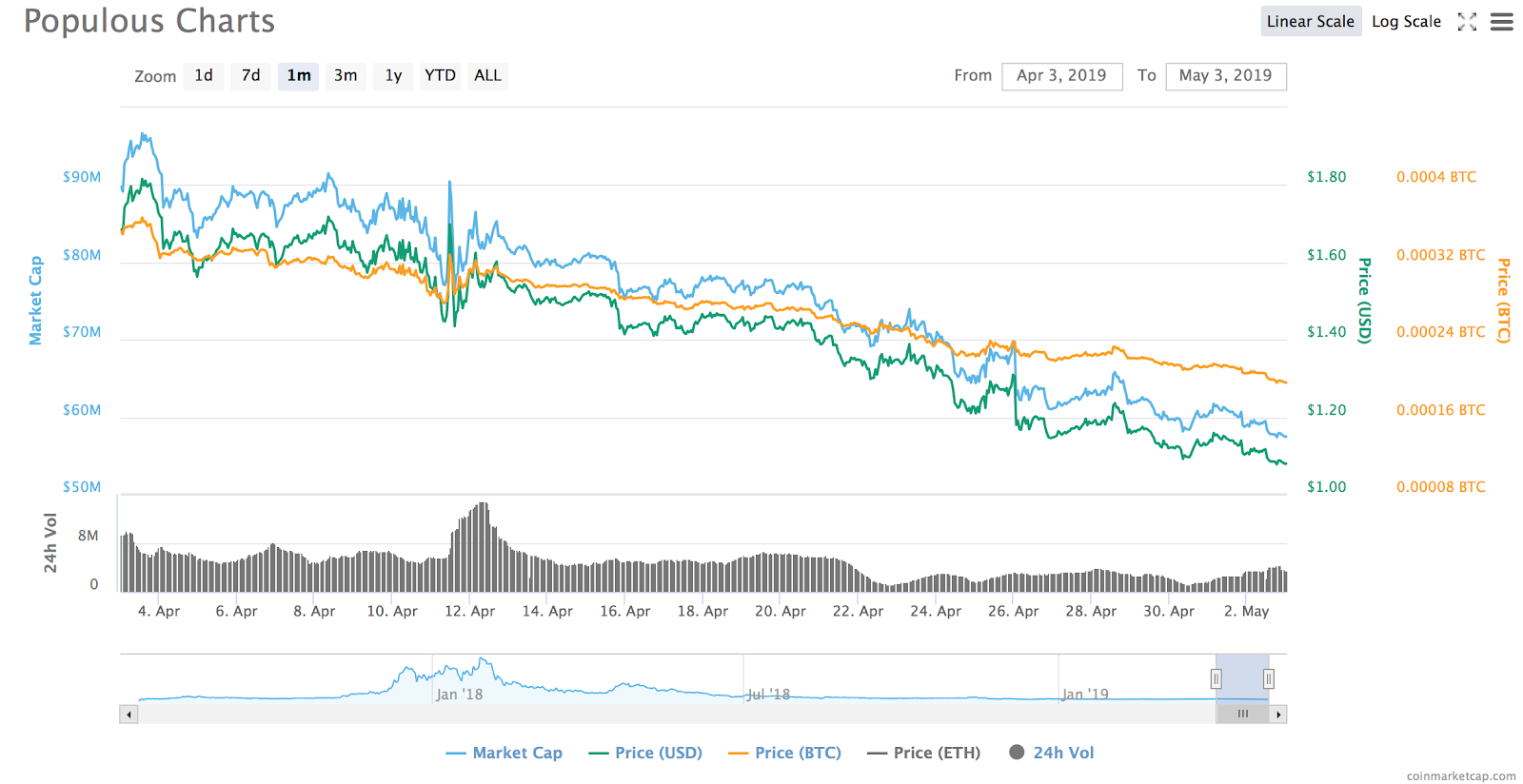 The Crypto ARK, that is powered by Delegated Proof of Stake (DPoS) algorithm, decreased 30% and is traded at the level of $0.48 at the moment of writing. The Ark mainnet was updated to Core v2.3 on April 23. Perhaps, the previous growth in trading volumes and price on February and March may have been caused by anticipation of the upgrade and now we are observing a massive selloff. 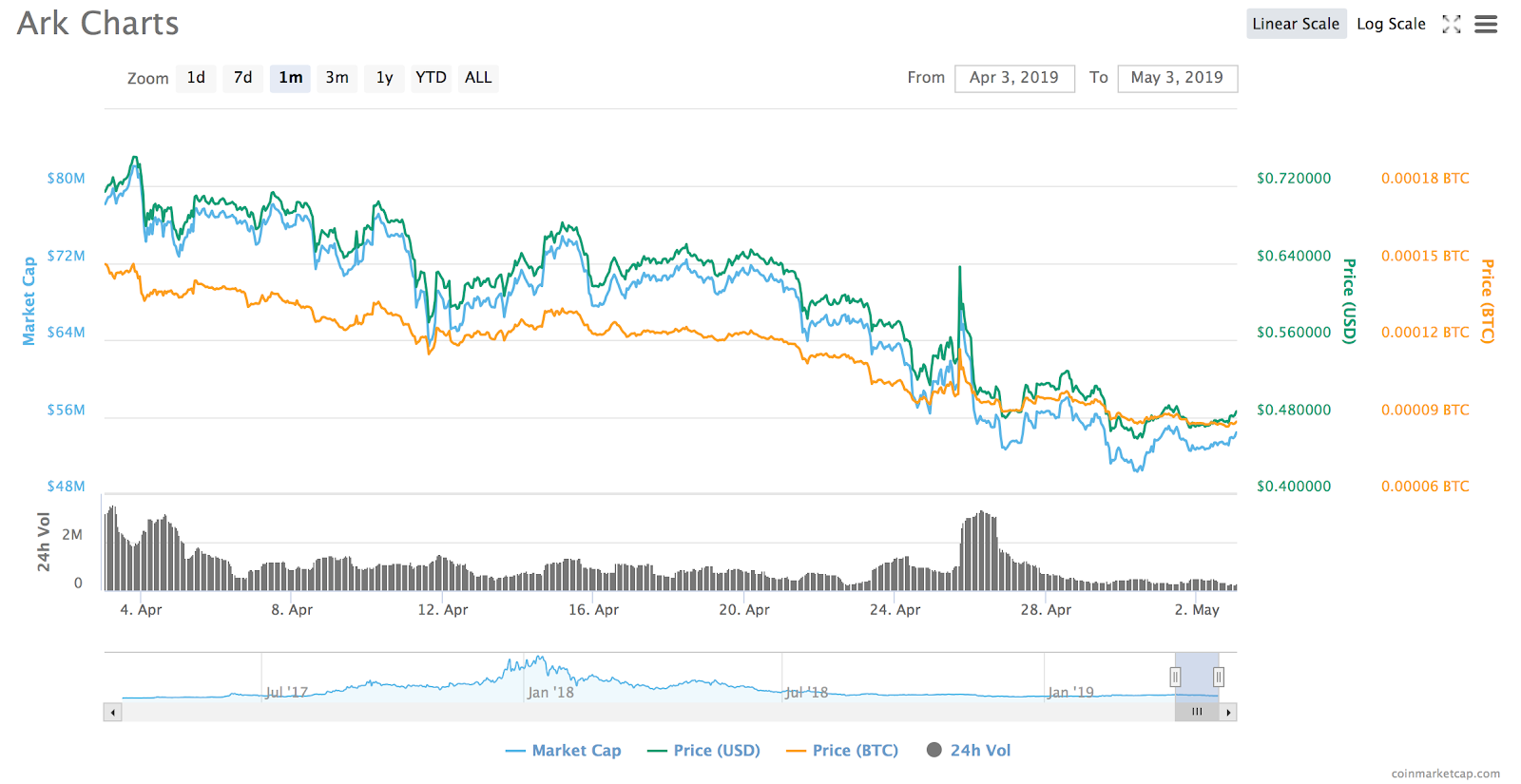 KuCoin Shares also suffers great losses, losing 31% of the price. The altcoin has a market capitalization of $106.09 million and $3.91 million worth of KuCoin Shares was traded on exchanges during the last 24 hours. The KuCoin team announced at the beginning of April, that a KCS buyback would be implemented soon. The news may positively influence the price of the altcoin. 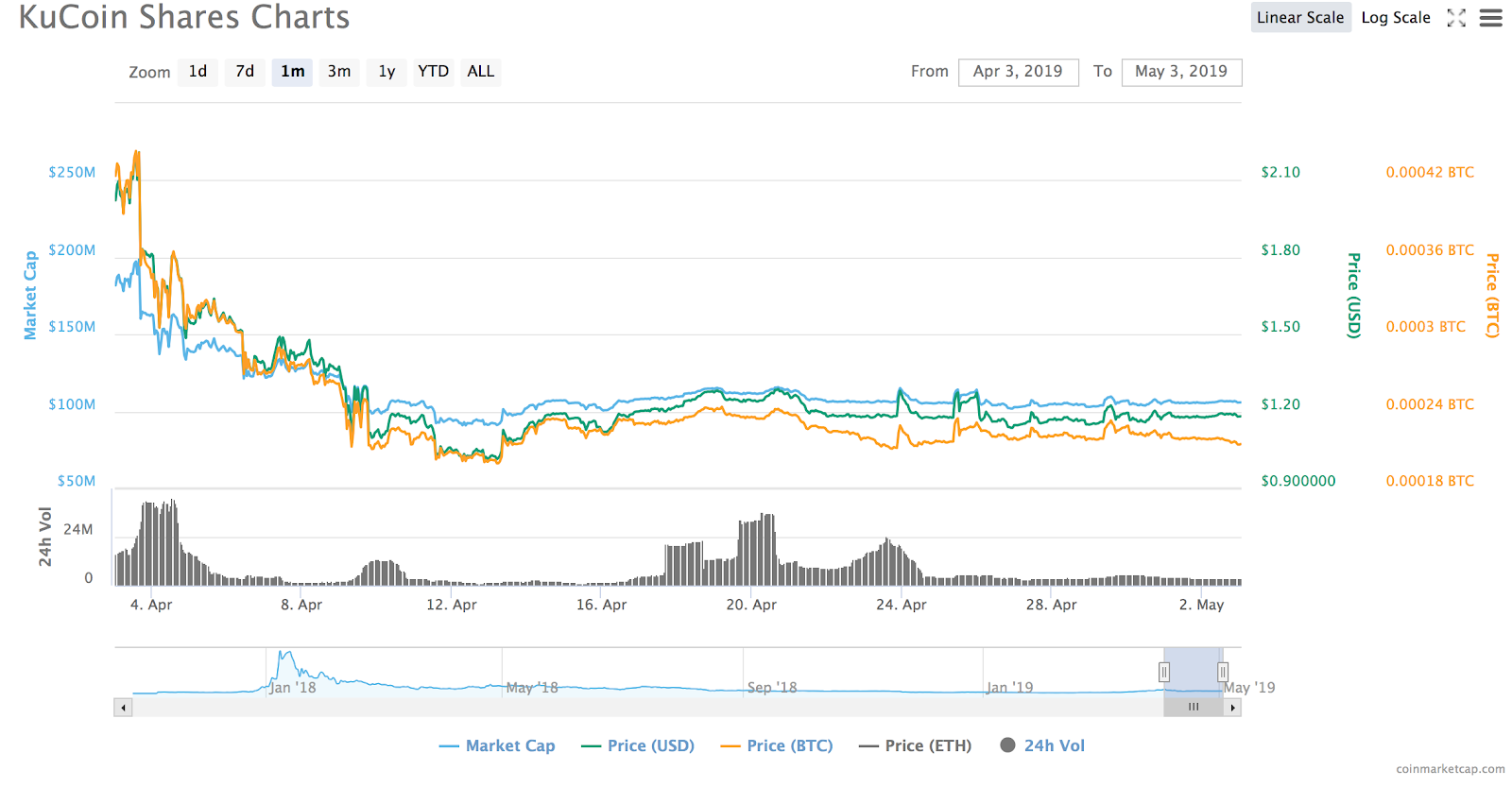 One Project Pai token can now be bought for about $0.0041 on cryptocurrency exchanges including Huobi, OOOBTC, HBUS and Bitfinex. PAI has a market cap of $59.51 million and approximately $880.48K worth of coins was traded on exchanges in the last 24 hours. In the last month, PAI has traded down 29% against the US dollar. 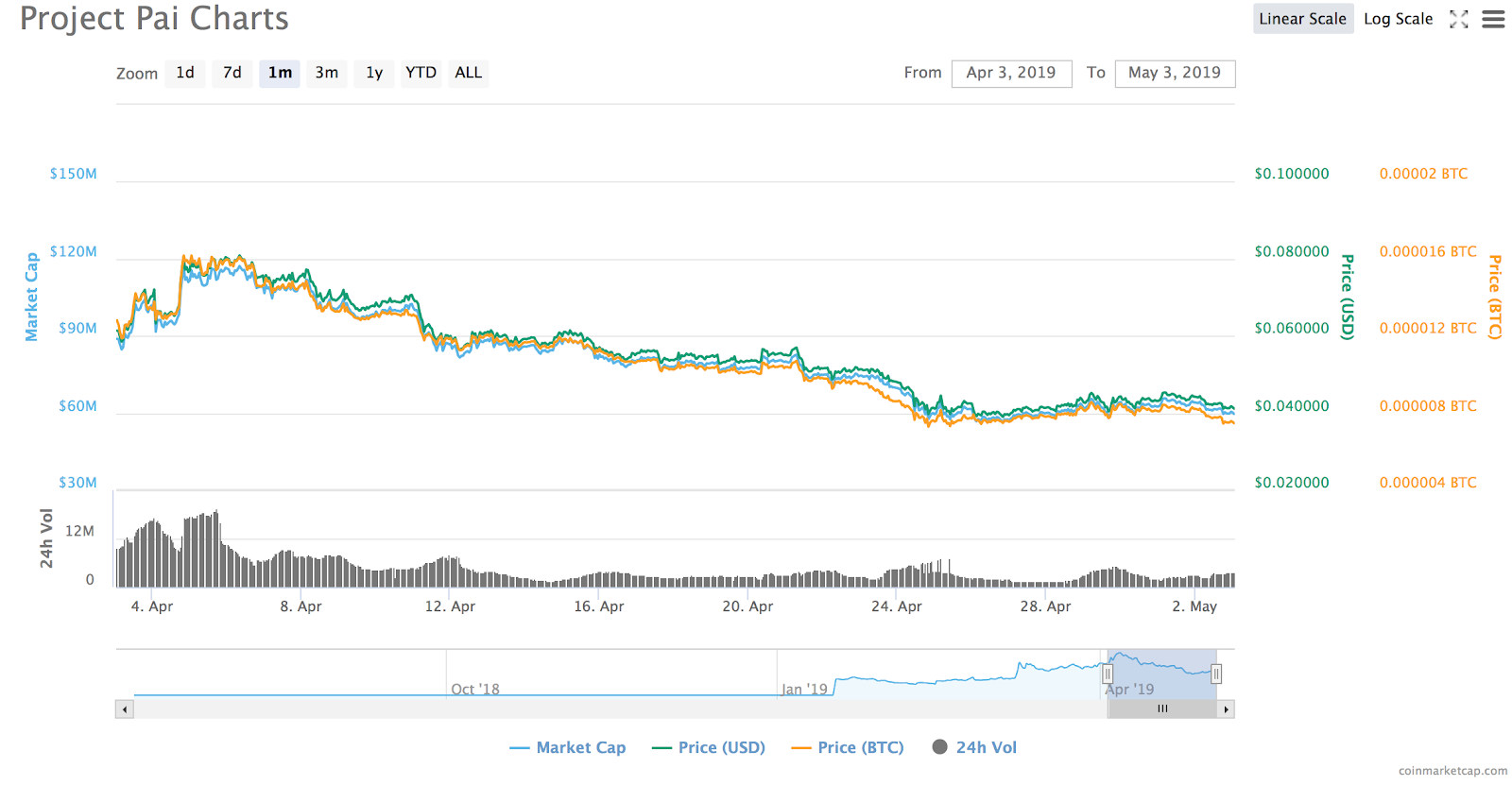 Built on Ethereum blockchain, Maker is getting traded at $530, that is 27% lower than a month ago. Even though it’s marked the 20th largest cryptocurrency by coinmarketcap, on a month chart it is still a loser. The current market cap is presented by $530 million and a daily volume is $2.46 million. 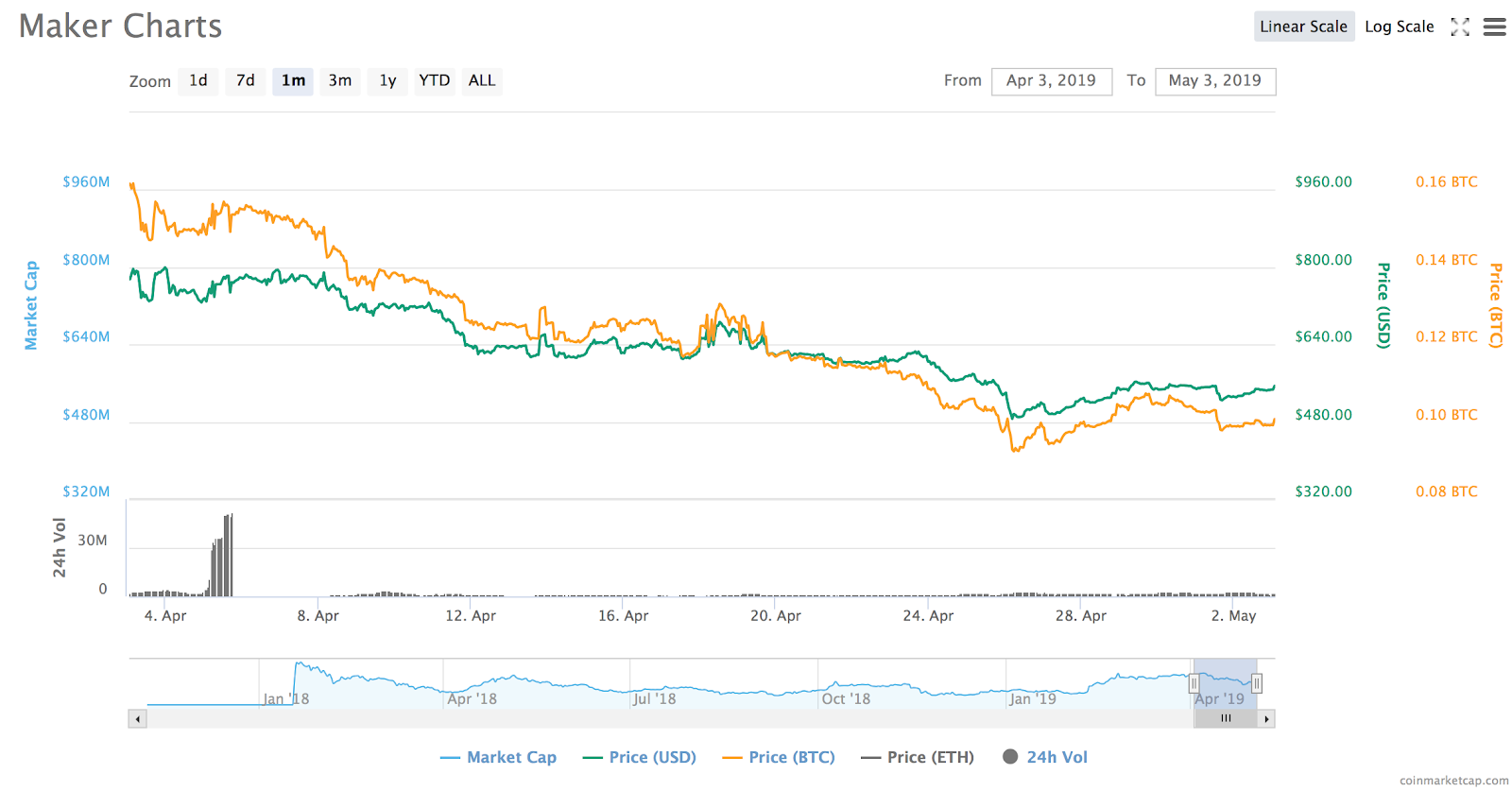 Revain has a price of $0.095, making it 26% loss since the beginning of April. A market cap of the altcoin is $46.27 million and approximately $1.28 million worth of Revain was traded on cryptocurrency exchanges in the last 24 hours. 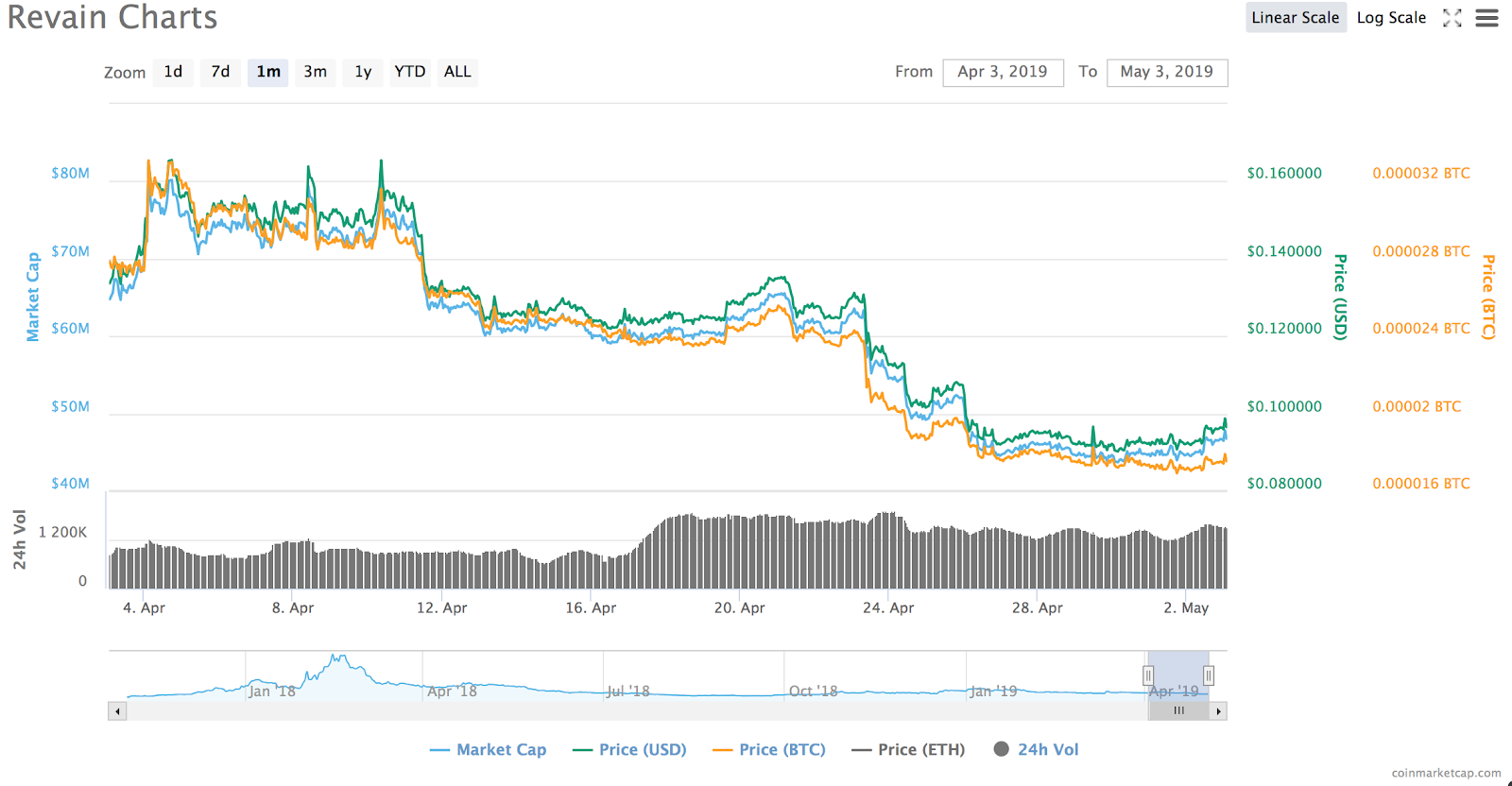