The World’s Major Competitors to Bitcoin 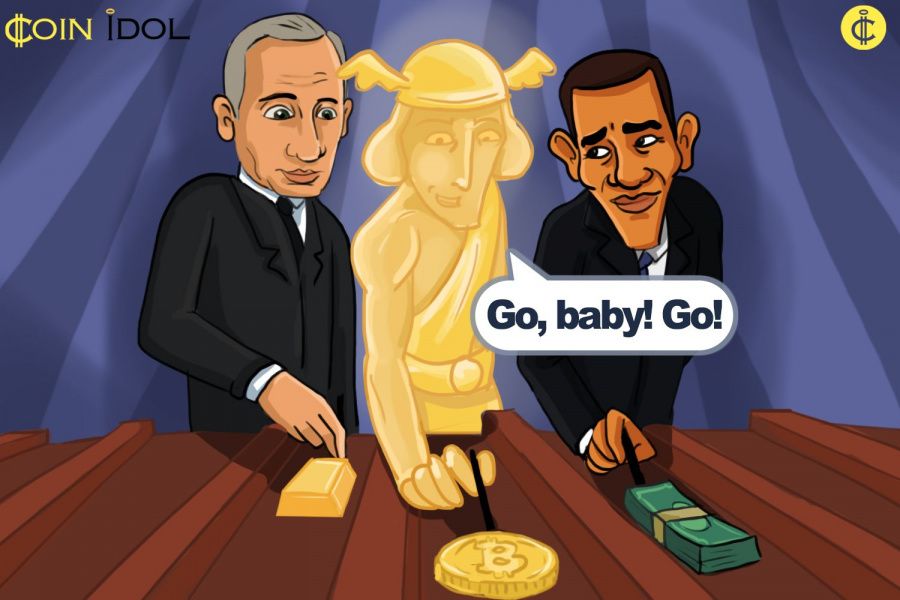 In May 2016 Bitcoin’s price showed an increase of more than 18% and reached the high level of $540. This growth confirms demand for Bitcoin on the global financial market, as well as among ordinary users.

For an ordinary person one of the most pressing question is the reliability of Bitcoin for savings and investments. In this article we will try to deal with the alternative tools to Bitcoin. Today the main Bitcoin competitors are the US Dollar, Euro, British Pound, Yen, Yuan, Gold, and securities.

Not so long ago, investors considered the US Dollar to be a funding currency and safe haven in times of crisis. Today the Dollar is more often considered as a risky currency.

Many experts predict a further decline in the Dollar due to the huge US budget deficit. And as we have seen in the last few months the growth of this currency has stopped.

Consequently, the Dollar continues to remain unpredictable compared to other currencies and to Bitcoin. Still, the USD can be considered as the main competitor to Bitcoin.

Currently the Euro is regarded as a funding currency, but in recent years problems in the Eurozone affected the price and position of the Euro. In 2014 this currency began falling from $1.3631 and ended up at the level of $1.0564 in November, 2015. However, over the past six months, the Euro has managed to recover partially to $1.1456.

Over the past two years the Pound fell down significantly against the Dollar, from $1.71 to $1.44. The uncertainty surrounding the exit of the UK from the European Union has had a negative impact on the position of the Pound in the world’s financial market. In the second half of 2016 Dollar pressure on the Pound may continue.

Yuan takes fourth place in the world by popularity and is the main currency in Southeast Asia. Increasingly Yuan is used for settlements between countries.

As we have seen in 2016, the jump of Bitcoin’s price must have been connected with a reduction in the Yuan. On January 7, 2016 People's Bank of China devalued the Yuan. The Yuan fell to 6.5446 for 1 USD. By that time, Bitcoin has grown to $450. China’s population is the biggest in the world and there are three major Bitcoin Exchanges. Thus Bitcoin owners should always take into account important financial news from China.

In 2016, Japan's currency managed to regain its position and strengthen to $108.80. This indicates the great potential of the Yen, which, in contrast to other world currencies, resists the Dollar. Yen can also be regarded as a safe haven and as an investment tool.

The older generation has much more trust in gold than younger people. Gold is often bought to protect savings in times of crisis. Furthermore, gold has a greater part of the market than Bitcoin. But young people are choosing new technologies and Bitcoin is priority.

Both gold and Bitcoin are ideal tools for people who do not trust the government and banks. So gold can also be considered as a main competitor to Bitcoin as well.

The securities have a nominal value and a market value. The market value of securities is fair, as it is determined by the demand from buyers. The value of the securities is influenced by many factors that an investor and the ordinary person find difficult to foresee. Both state and private companies can issue securities. But an investor must examine carefully the state of the stock market where these securities are traded, as the financial condition of the private companies, the condition of branch and many other factors. Moreover, the owner of the securities must either have special knowledge in the field of finance and the economy, or find a reliable broker.

If you consider Bitcoin only as a means of investment or protecting capital you must know that cryptocurrency has a lot of competitors. To win this competition Bitcoin needs time and the confidence of investors. But the vitality of Bitcoin over all of its existence gives us a reason to hope in the growth of its value. What do you think?