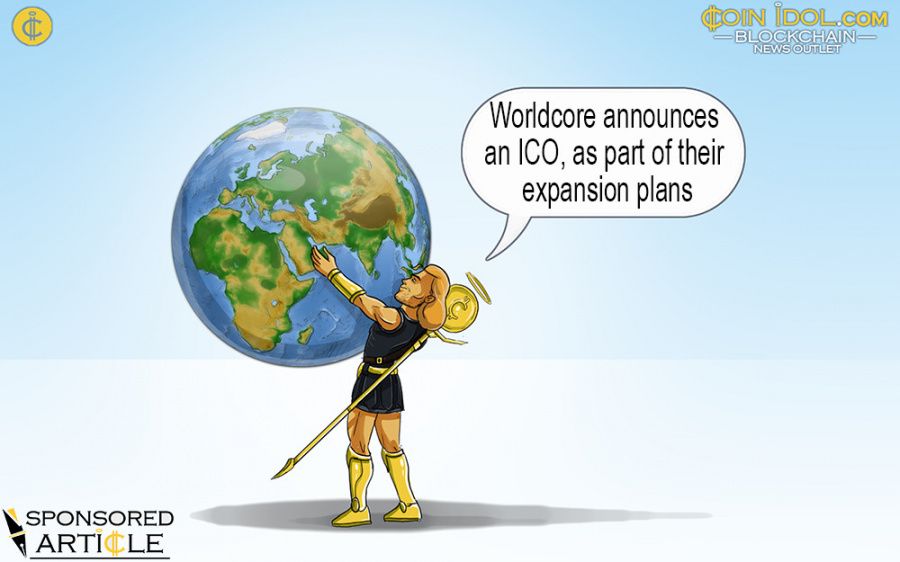 The company envisions to become a worldwide reference for the financial tomorrow, by integrating its successful payment solution into the blockchain sector of economy. WRC token will become your pass to the new world.

Worldcore ICO starts on October 14 of 2017. In total, a maximum supply of one billion WRC tokens at $0.10 USD each, will be available for purchase. WRC tokens will be backed by a Smart Contract guaranteeing annual revenue share from a well-established rapidly growing business which already passed break even point.

Since its launch, Worldcore’s notoriety has been recognized across many Fintech events in the European Union as an active participant and sponsor. The company won the "Best Fintech Newcomer" Banking Award by Business News Europe, in 2016. The same year, the company has partnered with BitPay, and is now offering crypto-currency withdrawal solutions to thousands of customers around the world.

Worldcore has also become a National Finalist of Central European Startup Awards 2017.Already a successful company, Worldcore is always on the quest to find new ways to improve. 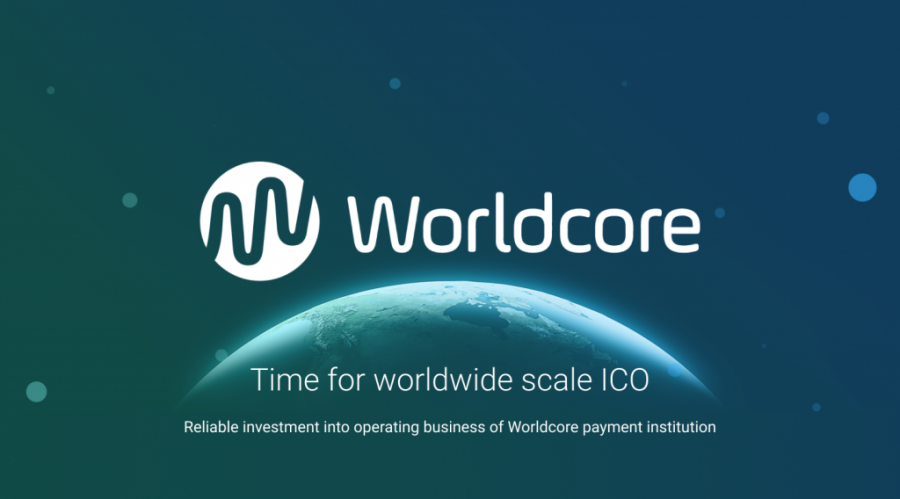 Driven by its mission to revolutionize the fintech industry, the digital institution will gradually integrate Blockchain products to its established portofolio. Such products will include a regulated blockchain powered P2P lending platform, a Blockchain based cash transfer payment platform for easy and instant conversion of cryptocurrencies into cash and vice-versa,Worldcore TV and transformation into a Swiss bank with further IPO on London Stock Exchange.

Worldcore’s CEO Alexey Nasonov was listed in Europe 100 list of changemakers in Central and Eastern Europe by Financial Times. The founder addressed the upcoming ICO:

“We became the №1 company in the Czech Republic and I am sure that in the next 2 years we will enter the top 20 in Europe. Worldcore’s ICO is a history in the making . By buying WRC tokens, you will make history and earn with us as well.”

Traditional banking services are still offered today, showing impressive lack of technological innovation. Customers dealing with traditional banks still have to visit the bank to open an account, they face monthly maintenance fees. And even by offering complex banking products, they do not cater to each individual need, nor do they offer solutions for the new digital era, such as cryptocurrency conversion and biometrics authentication.

By opening the international marketplace to consumers and businesses that are not served by legacy banking and seek cost-effective, progressive financial products. Worldcore brings together technology, capital and financing acumen to become the new name of the financial tomorrow.

Worldcore’s established products portfolio for businesses and individuals can be viewed at https://worldcore.com/. Learn all about the venture and our roadmap by accessing our Whitepaper here.

Worldcore has set a goal of up to $100 million, which it’s planned to raise through the ICO, starting on October 14,2017. Presale phase with minimum purchase of 500,000 tokens starts on October 2, 2017. The funds raised during the ICO will be utilized for the development and promotion of the digital bank’s blockchain project. Users will be able to purchase tokens with Euros, US Dollars and cryptocurrencies.

Worldcore is an EU-regulated payment institution, founded in 2014. The Company is headquartered in Prague, Czech Republic. The brand is owned and operated by EUPSProvider s.r.o., a company licensed by the National Bank of Czech Republic.

Coinidol's team searched for information about the Worldcore project and found suspicion from users that it could be a scam.

Coinidol didn't carry out in-depth research of the project to prove or disprove this fact. But we have asked the team of Worldcore , to comment on the main questions of the community.

Tags
ICO Payment Companies Blockchain Token Production Banking Europe
Most Popular
Apr 12, 2021 at 08:15
PR
MyCryptoParadise Opens the Door to Trading Like a Professional With the Best Crypto Signals Being Offered Today
Apr 11, 2021 at 11:11
News
Female President of Tanzania Expected to Mitigate the Climate for Cryptocurrency in the Country
Apr 11, 2021 at 10:10
News
Chainlink Is In a Brief Uptrend, Faces Strong Selling Pressure at $35 High
Apr 11, 2021 at 09:09
News
Dogecoin Price Trading Marginally, Faces Strong Rejection at $0.070 Resistance
Apr 10, 2021 at 12:48
News
UK Law Enforcement Prepares for a Rise in Cryptocurrency Scams
More