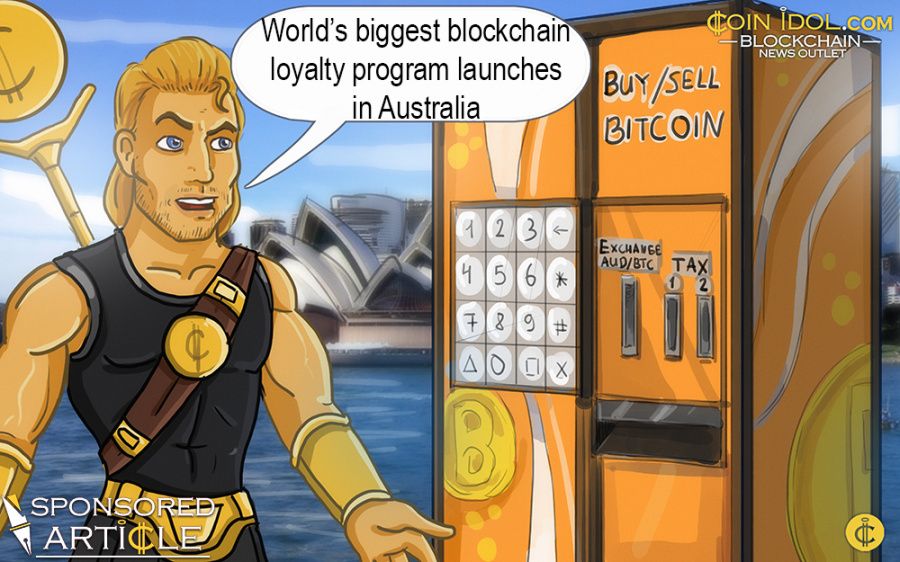 EZToken is an Ethereum-based cryptocurrency used as the reward currency for EZToken Rewards.  According to the company, more than 12,000 merchants in 19 countries use EZToken’s EZPos point of sale system, and it aims to sign them up to the loyalty program.

EZToken Rewards is a global loyalty program which rewards members with EZTokens instead of loyalty points for conducting transactions with participating merchants.  As the number of merchants and members increases, the demand for EZToken should increase with it. EZToken claims their platform will be central to bringing cryptocurrency into mainstream consumer markets. With a standard loyalty points system, the value of the points remains unchanged.  With EZToken, however, it changes constantly as the cryptocurrency is traded on digital exchanges around the world.

The company believes EZToken could potentially become one of the most popular loyalty currencies in the world, with members able to hold it, use it to purchase goods at participating merchants or transfer it to other EZToken Rewards members.  Another disruptive advantage of EZTokens is that they have no expiry date.

Founder of EZToken Rewards, Hoa Nguyen had this to say about the program:

“I strongly believe cryptocurrencies will replace points and miles as the dominant loyalty currency around the world. Consumers want a loyalty program which provides them with value, flexibility on how they use that value and an assurance the value won’t be taken away from them via expryi. Cryptocurrencies are superior to loyalty points as they deliver to all three.”

EZToken Rewards recently went into partnership with Surpass Business Solutions, Australia’s leading business solutions provider.  This means it can speed up the growth of its retail network via access to as many as 3,000 new retailers in Australia.

Surpass Business Solutions has been a supplier of computers and laptops since 1995, and in 2007 diversified into POS (Point of Sale) solutions and CCTV cameras.  The company aimed to provide high-specification, user-friendly and robust Point of Sale and CCTV solutions to the hospitality, retail and payment-processing industries at affordable prices.  Surpass Business Solutions is also involved in digital marketing.

Looking to the Future

According to research, 36% of Australian loyalty program members like the idea of being rewarded with cryptocurrency instead of points.  As the uptake of EZToken increases, the developers believe their blockchain-based loyalty platform will become increasingly attractive to members, thereby increasing the demand for EZToken on trading exchanges and subsequently benefitting EZToken investors and any members holding EZToken’s cryptocurrency.