What Actually is Bitcoin, and How Does it Compare to Other Currencies? 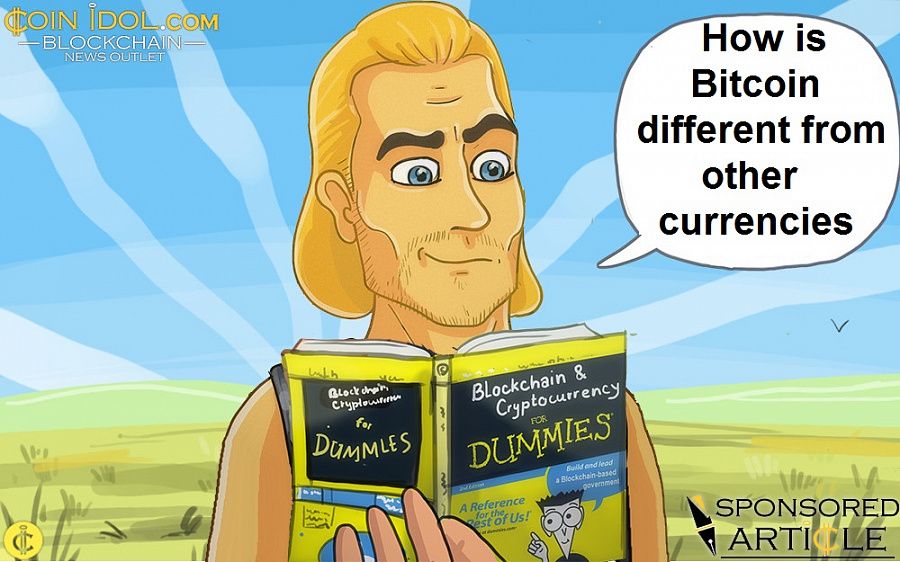 The virtual currency known as ‘Bitcoin’ is worth over $190 billion. Over the past few months, it has garnered a significant amount of attention from traditional media sources.

However, despite speculations from almost everyone in every corner of the world about how high the price can actually get, and whether or not the whole thing really is a bubble, the most exciting thing about Bitcoin isn’t its price tag...it’s the technology behind it.

This technology is known as the blockchain.

The blockchain is perhaps one of the most revolutionary innovations of our time and has the potential to completely change the way our society functions through a process known as decentralization.

How is Bitcoin Different to Regular Currencies?

A fiat currency, on the other hand, has its value established by the government and can be exchanged anywhere. It has no intrinsic value of its own. For example, the USD and the GBP are both fiat currencies.

There are several advantages to choosing to use a non-fiat currency like Bitcoin over a fiat currency:

●       The network is totally decentralized, meaning there are no middle-men with the ability to charge extortionate fees for transactions and exchanges.

●       The transactions can always be validated.

However, choosing to use a non-fiat currency also comes with its own disadvantages:

●       If you are careless or you get hacked, you can potentially lose all of your money very quickly.

Currently, just over 16.8 million Bitcoins are in circulation. There is a limited total supply of 21 million Bitcoins in existence. As time progresses, mining will take longer, and Bitcoin will become more scarce.

Another cryptocurrency that you might have heard of that is very similar to Bitcoin (BTC) is known as Bitcoin Cash (BCH). You might even have thought they were the same thing. However, this is far from the case.

How Does Bitcoin (BTC) Differ From Bitcoin Cash (BCH)?

On the 21st August 2017, Bitcoin experienced a hard fork. This resulted in the creation of a brand new cryptocurrency called Bitcoin Cash.

Any user who held Bitcoin at the time of the fork was given an equivalent amount of Bitcoin Cash on the forked blockchain.

There were several reasons why this fork occurred. For years, there has been much debate within the Bitcoin community regarding the best way to increase scalability.

The most simple way to do this is to increase the maximum block size limit parameter of the codebase - and this is exactly what Bitcoin Cash has implemented.

Ultimately, the overall goal of this hard fork was to lower fees and speed up transaction times.

The block size limit for Bitcoin is only 1MB. This means it can process approximately 250,000 transactions every day.

Bitcoin Cash, on the other hand, has a block size limit of 8MB, meaning it can process approximately 2 million transactions each day - a substantial increase.

At first glance, it’s easy to see why Bitcoin Cash seems superior to Bitcoin. Surely these updates make it a better choice, right?

Months later, Bitcoin is still holding strong as the world’s #1 cryptocurrency - and it’s showing no signs of budging. Meanwhile, Bitcoin cash has dropped to #4, and is now behind both Ethereum and Ripple.

Many people are doing their best to try and guess which cryptocurrency will be ‘the next Bitcoin’.

However, after crazy price surges we have witnessed over the past few months, it is doubtful whether any of them will ever manage to take its place.

For as far into the future as we can see, it is clear that Bitcoin will continue to hold its position as the king of cryptocurrencies.