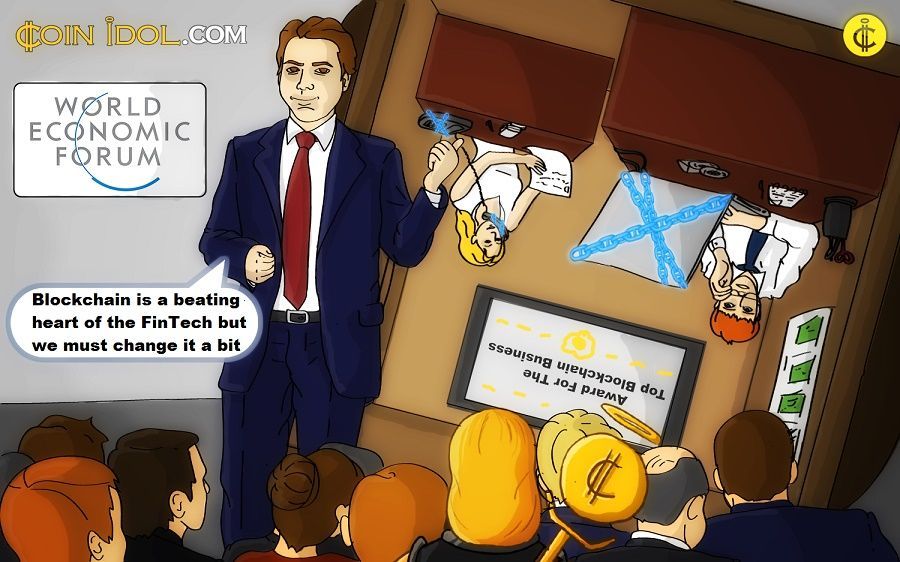 Experts from the World Economic Forum forecast massive transformations in traditional financial infrastructure worldwide because of Blockchain technology, however, they also propose unrealistic regulation for it.

The World Economic Forum (WEF) published  a report, on the 12th of August 2016,  that focuses on Blockchain development and “aggressive” new regulations applied to financial infrastructures. Bitcoin and Blockchain experts speaking to CoinIdol.com stated that these new regulations, realistically,  won’t be possible to enforce.

The WEF report by Peter Vanham described detailed  examples of blockchain usage within  financial infrastructures. One of the potential fields where blockchain technology could be applied is P&C Claims Processing. Even though the report looks promising and interesting for the financial sectors, some lawyers, regulators and bitcoin enthusiasts and experts still think that regulation could slow down or even stop blockchain development in certain financial fields.

The Chinese and Russian governments have expressed their thoughts multiple times in the past regarding  Bitcoin and Blockchain regulation. Both governments have expressed "mixed" statements, of either a total ban or embracement. CoinIdol.com’s correspondent questioned some bitcoin experts on their thoughts and opinions on the report that the World Economic Forum (WEF) published. Nathan Wosnack, CEO and Founder of UBITQUITY, commented on the potential regulatory measures that were proposed:

"Jurisdictional and regulatory concerns should be treated the same way the Internet is not regulated. Blockchain isn't a utility in the traditional sense of the word. It is a public ledger that has the potential to serve many functions in both the financial and non-financial markets (i.e. title registration, clothing tracking, cargo transportation, etc)."

“I don't think they can do so effectively without forcing companies to operate outside of the jurisdictions that the regulators are using their de facto powers to control. As it's been proven time and time again; overreaching regulations will force companies out of states and countries. Much like we saw with Bitcoin exchanges not operating in New York due to the BitLicense or many moving outside of the US due to FinCEN's aggressive stance of requiring a money changer license.”

Wosnack’s statements made us question the certain types  of regulatory measures that will or could be applied by certain governments.

Financial industry to use Blockchain technology

The strong push for Blockchain technology usage within financial infrastructure is a  strong indicator of confidence from financial institutions. David V. Duccini, executive director of the Strength in Numbers Foundation, a non-profit digital trust,  gave the following statements regarding that point:

“Blockchain technology is going to make a bigger mark in the securities industry, essentially eliminating the need for the Wall Streets of the world before it achieves full penetration in banking. When any company can essentially issue it’s own chain and attract capital directly you no longer have need for the rent-seeking services of the Goldman Sachs of the world, the reality is that the blockchain technology we have doesn’t quite scale yet to the transactions per second that private networks like Visa and Mastercard run — but those days are numbered, blockchain already dramatically changes the landscape of global remittances.”

He further explained his thoughts:

“If you really understood how international funds “transfer” operated today, you’d likely be surprised — it’s just a bunch of overlapping circles like a Venn diagram — no funds really “move” like we think of it in the bitcoin/crypto sense, there will likely be several “rails” as they are known in the industry — there will never be “one chain to rule them all.”

These statements gave Coinidol.com a lot to think about on how, without  “aggressive” regulations, the blockchain can ,and potentially will, transform the world’s financial infrastructure and prepare for a next-generation of FinTech.