Weekly Analysis of the Cryptocurrency Market: Altcoins Lose Their Recent Gains After a Pullback and Continue Downward Correction 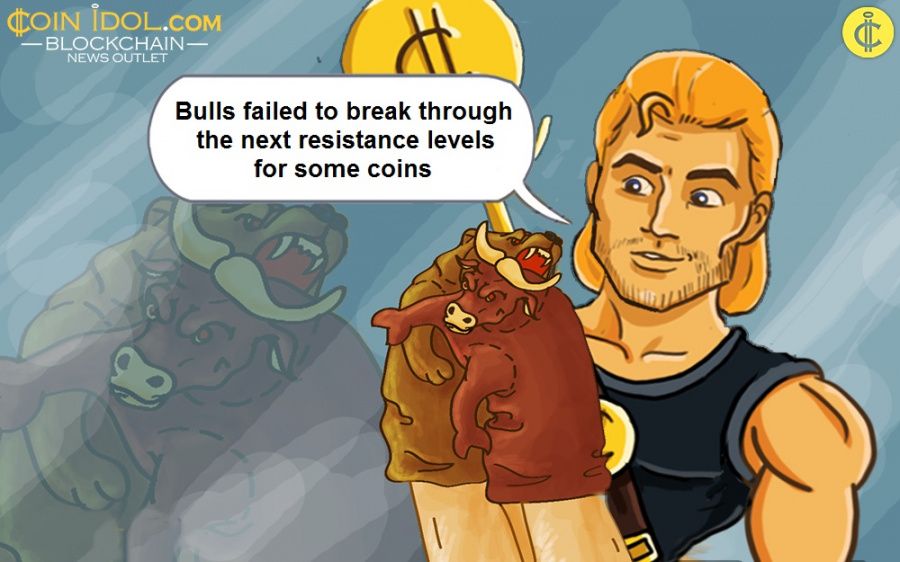 Cryptocurrencies resumed their downward correction as bulls failed to break through the next resistance levels.

Oasis Network (ROSE)) is in a downtrend. On the daily chart, the cryptocurrency is in a downward correction as the price falls below the moving averages. The recent downtrend was rejected at a high of $0.40. Today, the downtrend has weakened as the altcoin drops to a low of $0.28. Bulls buy the dips when the price breaks above the moving averages. Meanwhile, on February 12, the downtrend tested the 78.6% Fibonacci retracement level. The retracement suggests that ROSE will fall but reverse at the Fibonacci extension level of 1.272 or $0.27. The price action shows that ROSE reversed at the 1.272 Fibonacci Extension level or $0.27.

ROSE is the biggest loser of the past week. It has the following characteristics. 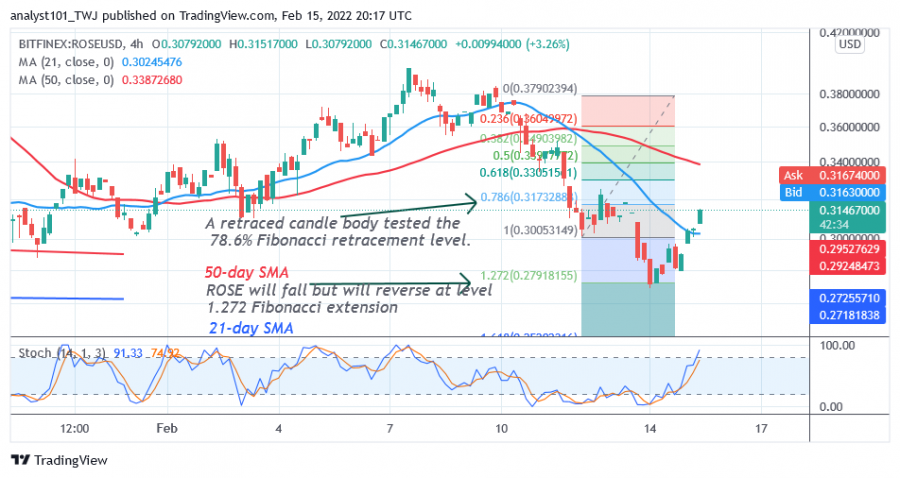 NEAR Protocol (NEAR) is in a downtrend. The cryptocurrency has fallen to the low of $10 as the bulls have bought the dips. Buyers are trying to push the altcoin above the moving averages. In the last price move on February 6, the bulls broke the 21-day moving average, but failed to break the 50-day moving average. A break above the moving averages would signal the resumption of the uptrend. Today, NEAR is below the 20% area of the daily stochastic. This indicates that the altcoin is in the oversold region of the market. In the oversold region, buyers will show up and push NEAR up.

It is the second biggest loser of the past week. It has the following characteristics: 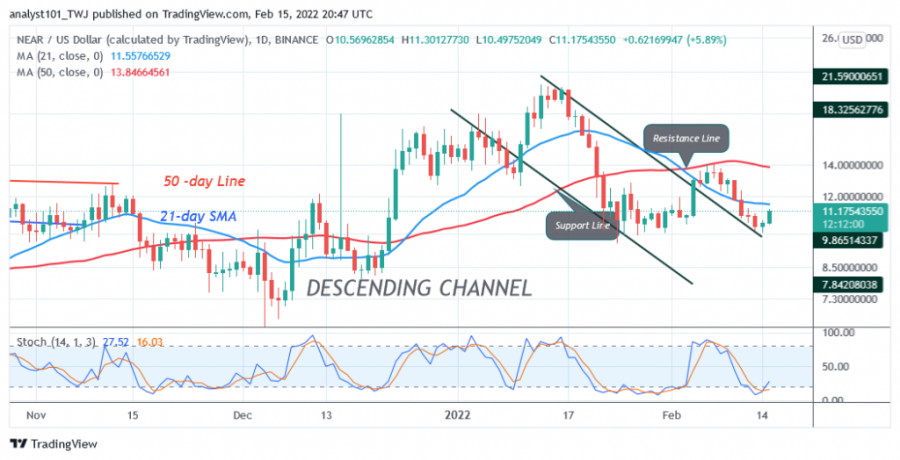 Filecoin (FIL) has been in a downtrend since March 2021. The cryptocurrency reached a peak price of $200 on March 29 after a rally. The altcoin rallied in an overbought region of the market. As a result, the downtrend resumed as the altcoin fell to a low of $16.99. The downtrend has subsided as the altcoin consolidates above the current support. In addition, Filecoin has fallen below the 20% area of the daily stochastic. The market has reached the oversold region. In the oversold region, buyers will emerge and push prices higher. The market is in a bearish momentum. Altcoin is the third biggest loser of the past week. 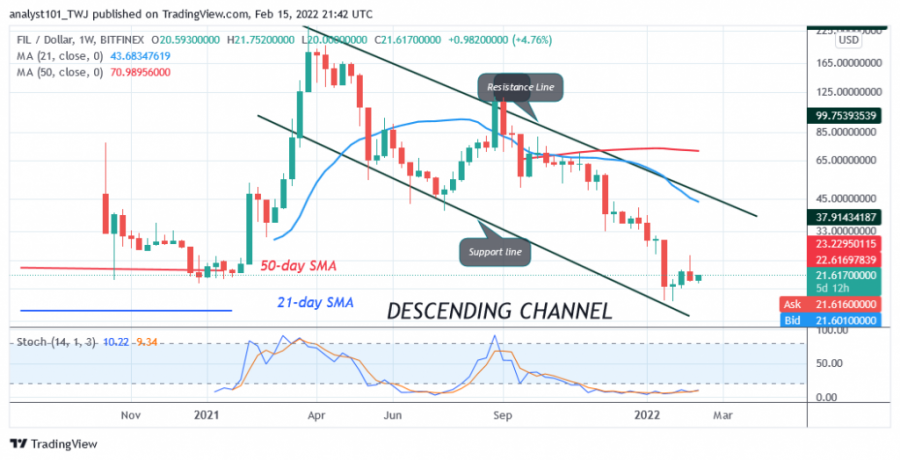 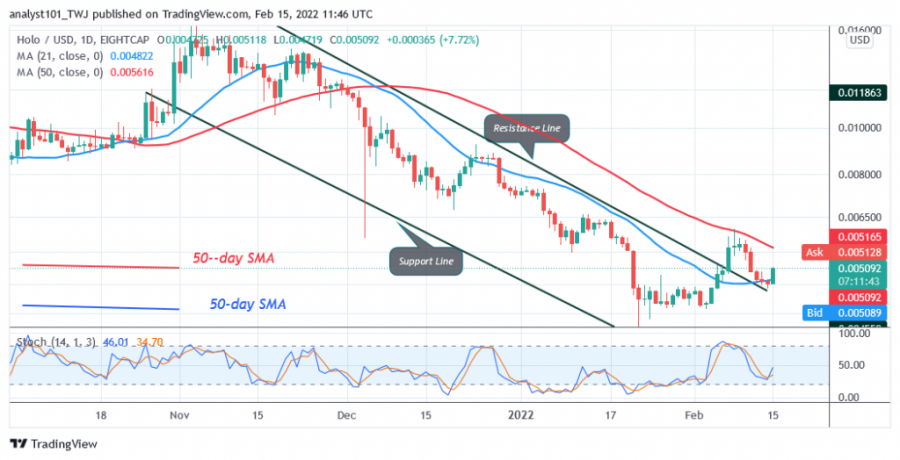 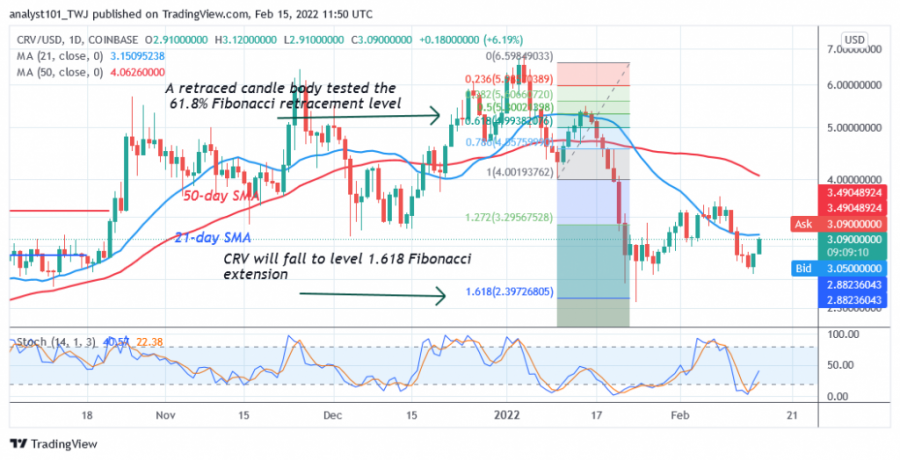 Disclaimer. This analysis and forecast are the personal opinions of the author are not a recommendation to buy or sell cryptocurrency and should not be viewed as an endorsement by CoinIdol. Readers should do their research before investing funds.