Does Wall Street Have any Relation to the Chain of Dips in Bitcoin Price? 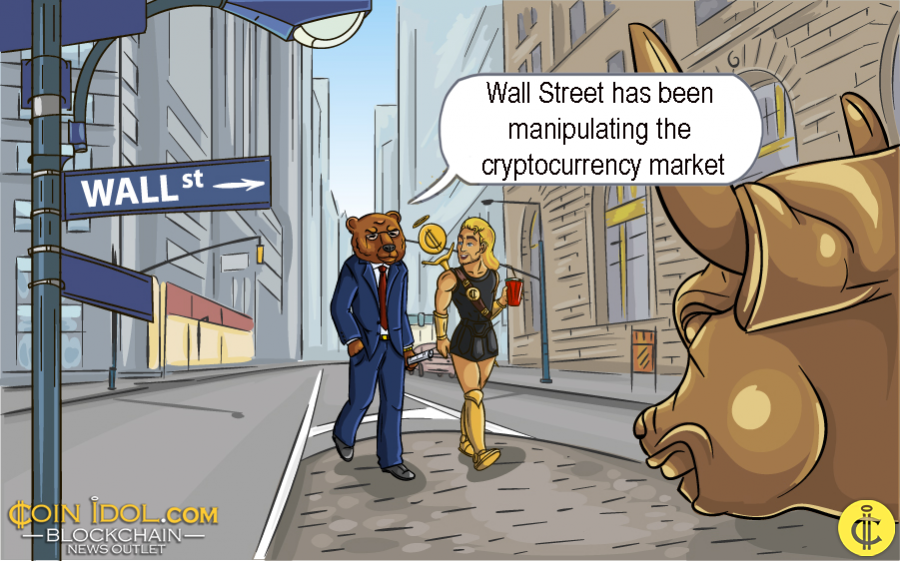 Wall Street has always been the subject of many discussions and theories. It is not a surprise that people are actively arguing over a theory suggesting that Wall Street has been manipulating the cryptocurrency market in order to buy coins for almost nothing.

Now and then the crypto community and social media have left hints that Wall Street could have negatively influenced the prices of major crypto coins, including Bitcoin, Ethereum, and Ripple. The suspicions were raised in the mid-December when the CME Group and CBOE offered Bitcoin Futures for sale. Simultaneously, at that time we observed Bitcoin at $20,000 for the last time. This period is also considered by many experts as the start of the bear market, which we have been experiencing till now.

As the crypto market is still not regulated, the punishment of those who try to manipulate the trends is not devised as well. It means that, unlike traditional financial markets, where such manipulations are legally handled, crypto markets are open battlefields, where the strongest wins.

Some experts support that theory. According to Alena Nariniany, CEO Crypto-A, a marketing agency specializing on providing services for ICO projects and blockchain startups, “the version seems quite logical.”

She shared with Coinidol:

“Frankly, I would very much like this theory to be true. The guys from Wall Street are real sharks who are guided by the principle “Buy cheaper - sell more expensive”. If they have the opportunity to manipulate the market, they will take advantage of it.
But, speaking about the situation on the market, I still tend to think that the market is just overfilled, and officials who are trying to regulate, restrict or prohibit cryptocurrency make no good to the market and situation in general. Last year, the whole world went crazy about cryptocurrencies - millions of newly-minted crypto investors staged a real vanity fair, promoting easy money. People who had never invested before bought Bitcoin, Ethereum and Altcoins ... What happened in the end? The market was oversaturated, reached a peak and the course began to drop ...
Now the market is falling, investors who entered it last year during the insanely growing popularity of cryptocurrency and ICO, panic and leave, trying to save at least something and due to this, the decline continues. As a result, the reputation of cryptocurrencies, which last year were positioned as high-yielding assets, is changing.
However, I am convinced that this stage is a stage of market recovery, and the fact that large banks declare the start of financial operations with cryptocurrency is a good sign.”

Wall Street Does not Play by the Rules

The point is there are no strict guidelines on how crypto should be treated in the United States, and the Securities and Exchange Commission (SEC) has not made a final decision on the matter. On one hand, the institution took measures against ICOs and defined them as securities offerings but, on the other hand, it didn’t work out any rules prohibiting certain people from making public statements, which can have a direct impact on the crypto market.

For the SEC, to issue the guidelines on the operation within the industry would, first of all, mean to recognize Bitcoin and altcoins as assets that are worthy to be regulated. If the country is guided by no regulations, anyone can say whatever wants about this or that virtual coin, including representatives of famous Wall Street firms.