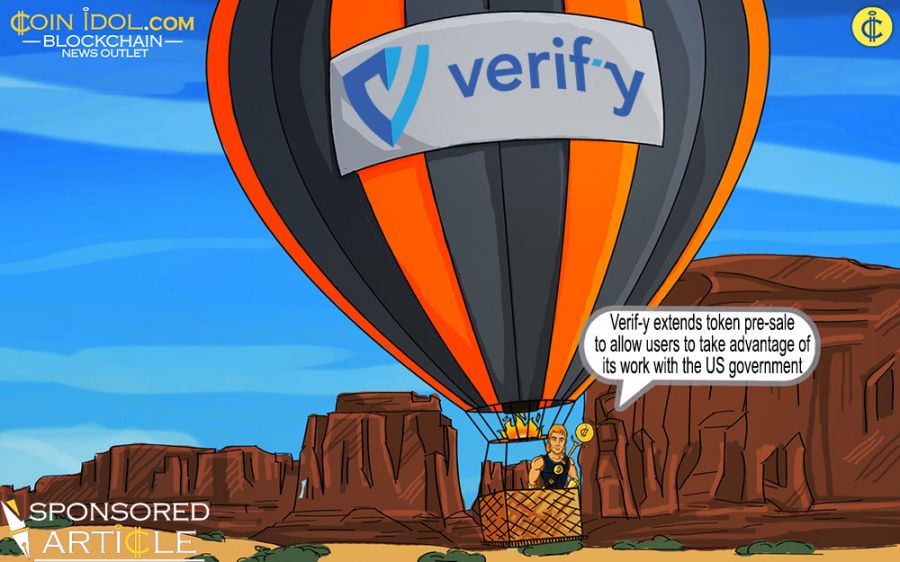 The pre-sale has been extended to 25 October to accommodate growing interest in the company’s institutional and government offerings.

Verif-y, the blockchain-based credential verification and digital identity platform, is delaying its main tokensale in order to allow an extended pre-sale as Verif-y partners with HRworx. HRworx, a veteran owned company, provides employee lifecycle management solutions for many governmental departments including the Department of Homeland Security and U.S. Department of the Interior. By partnering with Verif-y to integrate Verif-y’s platform with its existing solutions, HRworx believes that it can enhance the services it already provides the U.S. government.

Taking out the middleman

The Verif-y platform reduces the overhead involved in verifying credentials and identities to near-zero as the platform provides automated verification of these important records. The strength of the digital identity generated by Verif-y’s process is powerful, given that the identity is generated in an organic manner – comprised of unique identifying data, stored on the blockchain and resulting in a new paradigm for securely storing, accessing and sharing Personally Identifiable Information. Verif-y gives its users the power to own, manage and communicate their digital identities and verified credentials, and gives organizations an interface and layer of trust to both distribute and request PII data. Importantly, with Verif-y, all communication of PII is exclusively governed by the users, something not available until now, cutting out intermediaries and providing advantages to both sides of the process.

‘Our Intelliworx Onboarding solution sets the standard for how onboarding new talent is handled. We’re excited to work with Verif-y, whose technology will revolutionize the hiring and onboarding process, and will provide exciting steps to further modernize HR administrative tasks.’

Confirmation of the market’s appetite for such a solution, and particularly interest from various government departments, has led Verif-y’s team to extend their pre-sale.

‘The Verif-y identity verification platform has broad applications across markets and various implementations; however, human resources, recruiting and on-boarding for the US government is a great place for us to focus many of our early efforts, as these areas are starving for modernization. Partnering with an established leader in the space like HRworx is an easy decision for us, and we’re eager to show off our synergies.’

Verif-y and HRworx are working on several current and future opportunities and we expect the outcomes of such efforts to be announced in the near future.

The Verif-y platform has been available for nearly six months and is being actively used by multiple institutions and many individuals. Data and feedback collected during this initial collaboration will be analyzed by the company’s experienced management team, and will inform forthcoming initiatives.

The Verif-y tokensale will begin on 25 October 2017. The presale is open now. For more information, visit www.Verif-y.io.