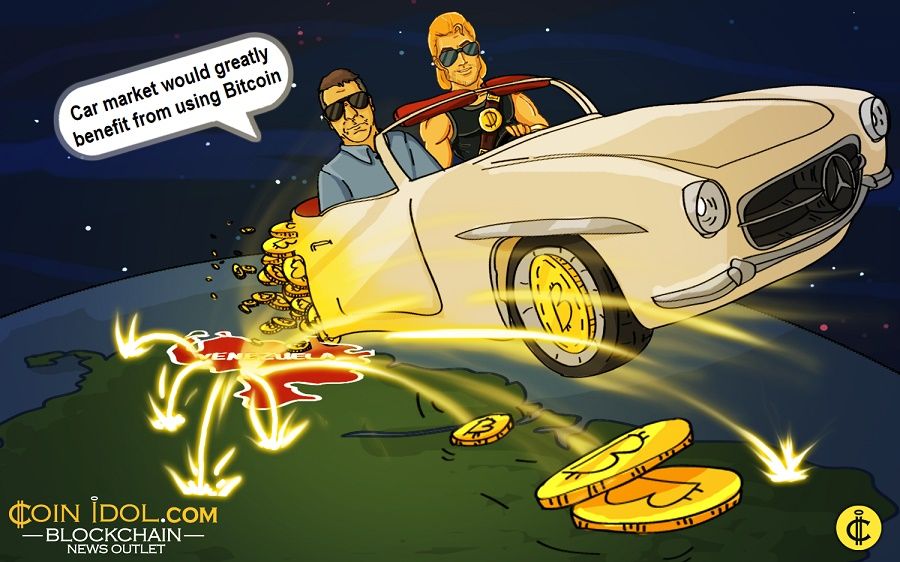 Retailers in countries experiencing currency devaluation and cash scarcity are forced to conquer the markets of other countries, using Bitcoin for selling local goods that are ready for shipping worldwide. A reseller of Mercedes-Benz from Venezuela began this practice too and tells his story to CoinIdol.com News Outlet.

The acceptance and popularity of Bitcoin is rising in cash-deprived Venezuela as a viable alternative. With the Venezuelan currency devalued, the Bitcoin price has increased by 30%. Bitcoin volume is consistently reaching new highs as well. If the devaluation, inflation, and goods shortages get worse, and if people continue to feed the black market, then the price of Bitcoin will continue to skyrocket.

Merchants are finding an alternative way to sell their products whether they be new or used. Such is the case with one private car reseller, Joubert López, who was introduced to Bitcoin in September 2014. Since López began selling his Mercedes-Benz Classic Coupe collection with Bitcoin to rise above currency difficulties, he has become a global trailblazer and leads by example for other car resellers and dealerships.
His goal at the moment is to spread the word about Bitcoin to other Mercedes-Benz owners, buyers, and sellers.

López is not just focusing on selling his cars within European countries. His plan includes going global to reach potential customers by implementing a website on the Internet. “I plan to go online with a website www.BitcoinBenz.com.ve  and thus reach global customers. If it works with my cars, then I could draw in more cars fr om other people and maybe later expand to other classic brands. So far the cars have only been offered to known local buyers.”

As far as advertising, he is only presenting his ads online and wants to advertise on CoinIdol.com since it is a global media website. “Also, a website showing the listed cars and contact information is being developed. The list will be open for anyone fr om anywhere. I really think the used car market and especially the classic collectible deals would greatly benefit from using Bitcoin,” explains López. 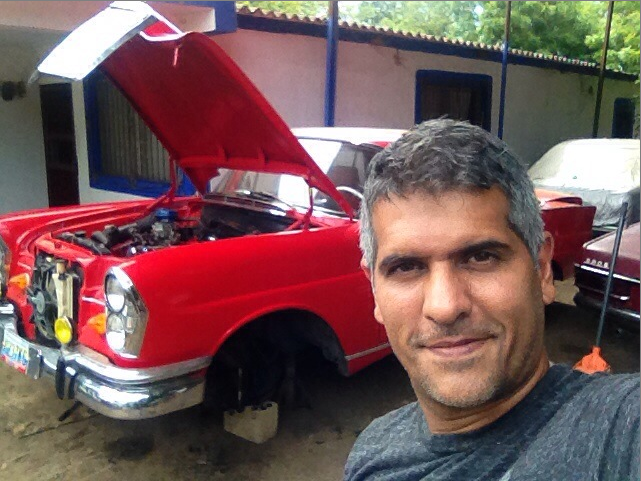 Bitcoin Gaining in Popularity among world car retailers, including Lamborghini and Tesla

Bitcoin is gaining in popularity and usage all over the world and especially in Venezuela wh ere the national currency has been decimated. Plus, since USD is high, trading and purchasing in Bitcoin has been one of the alternatives.

“You can find the local version of eBay (mercadolibre.com.ve) showing lots of ads that receive Bitcoin for their goods. So far it is more about trading and investing more than buying things and paying. But, this is exactly why I believe that I can help spread the word about the use of Bitcoin in the used car market which is 90% of the total car market since production in the local plants is almost zero. Importing is very expensive because of the price for USD here,” clarifies López.

As acceptance of Bitcoin among retailers continues to rise, the number of car dealerships using the cryptocurrency Bitcoin for buying and selling new automotive products is growing worldwide. Cars can be bought with Bitcoin from a Lamborghini to a Tesla electric car and everything in between. The Tesla Model S price in the UK starts from £49,000 which is around 81 Bitcoins. In Newport Beach, California, a Lamborghini can now be bought with Bitcoins. Also, at Carcity in Ottawa, Canada, Bitcoin is accepted for new cars. The incentive to buy and sell used cars with Bitcoins is growing exponentially with many websites showing ads accepting Bitcoin as a purchasing option.

National Currency Devaluation in Venezuela Pushed Bitcoin to the Forefront

The people of Venezuela have explored alternative options due to the national currency devaluation, so this has pushed Bitcoin to the forefront as a cryptocurrency.

Since cash is running out in Venezuela, making Bitcoin a more popular alternative, it creates an environment wh ere cryptocurrencies will grow even more than expected as the value of Bitcoin increases.
López agrees, “Yes cash is running out, but from people’s pockets. Everything is getting wildly expensive and the government disservices the country. We were a very rich nation but now spoiled by crooks. You need to carry lots of money to pay for anything and people are using debit cards very much but that system is also collapsing. There should be more efforts to expand the use of Bitcoin here and I try to help with this.”

Selling Cars in Bitcoin is Quick, Safe, and Transparent

Regarding the whole process of selling cars in Bitcoins, López claims that it has been smooth and relatively problem free as he explains what happened with one of his buyers.

“It’s a very neat process. The buyer was a miner, sent to our wallet right away after looking at the car. He lives in the same area so it was quick. For the legal papers and notary, we just made a deal giving him all rights over the car and presto done!”

Bitcoin as a transaction method is recorded on the blockchain and is very different than using cash or certified check wh ere there is a third party involved like a bank. It puts purchasing and managing power into the hands of the people as buyers, sellers, and negotiators. As a seller of Mercedes-Benz Classic Coupe cars, López has high praise for Bitcoin as its popularity rises worldwide. “It’s quick, transparent, reliable, comfortable, private, disruptive, immediate, lightning fast, modern, safe, convenient, neat, stylish, and more.”