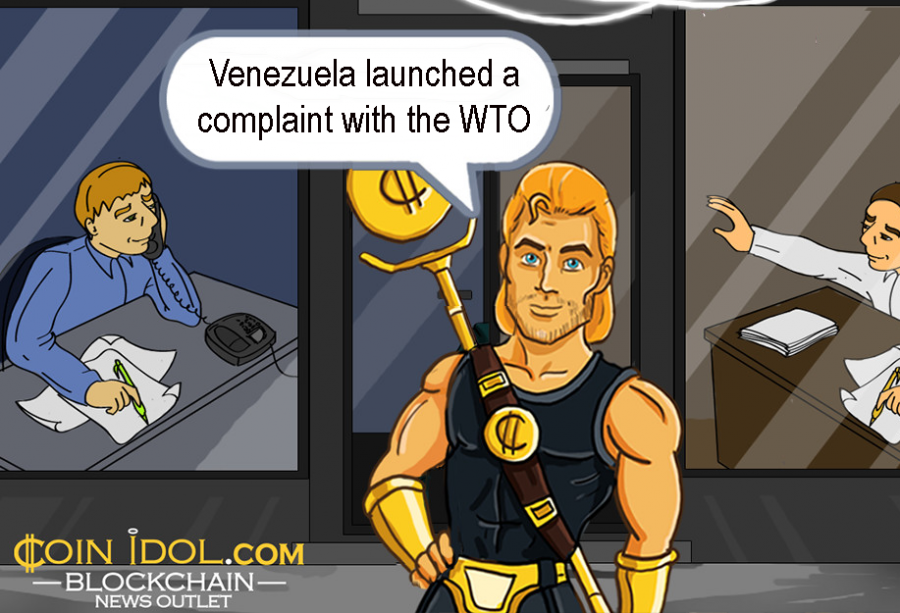 Venezuela officially launched a complaint with the World Trade Organisation (WTO) on Tuesday, January 8, 2019, arguing that the current United States (U.S) sanctions on the nation violate a series of WTO rules and regulations.

The complaint affirms that the squeezing trade-restrictive measures imposed on Venezuela’s national digital currency known as the Petro, are not in conformance or agreement with the WTO’s General Agreement on Trade in Services (GATS) regulation.

Back in March last year, the U.S President Donald Trump, officially signed an executive order banning U.S nationals and all residents from dealing with cryptoassets that are in any way connected to Venezuela. The executive order stated:

"All transactions related to, provision of financing for, and other dealing in, by a U.S person or within the U.S, any cryptocurrency, digital coin, or digital token, that was issued by, for, or on behalf of the Government of Venezuela on or after Tuesday January 9, 2018, are banned."

The order claimed that President Maduro’s issuance of the Venezuelan national crypto was an attempt to bypass other U.S sanctions.

Maduro who assumed office in 2013 & has managed a worsening socio-economic disaster reveals that the digital currency trading will help the country overcome a financial barrier.

The complaint by Venezuela, however, contends that President Trump’s executive order transgresses Article XVIII:1 of GATS, which clearly states that no country which is a member of the WTO shall ever treat financial services & service suppliers of an associate member country less prosperously than other member countries. The complaint argues:

The Petro, from its shambolic debut to its recent forced utilisation, has been extremely contentious. Asamblea Nacional, a team of politicians conflicting with Maduro’s policies, disclosed the national digital currency unconstitutional and questioned the $735 million which was collected during the crypto’s sale. President Maduro tweeted this figure but he hasn’t yet proved it to back the claim.

When it comes to the complaint by Venezuela, the U.S has only 2 months to reply. In case it doesn’t respond, then Venezuela will demand WTO to mediate immediately.

But Washington will not fear any legal kind of escalation, because the WTO permits exceptions to its rules and regulations if there are “crucial security interests.”

Around 2 million Venezuela citizens have fled the country since 2015, because of a lack of basic needs, hyperinflation, and violent crimes. Thousands of Venezuelans have walked to south Florida for refuge and greener pastures.

The government of Venezuela even reached the extent of forcing its own citizens to use Petro when buying national passports, as Coinidol reported in October 2018.