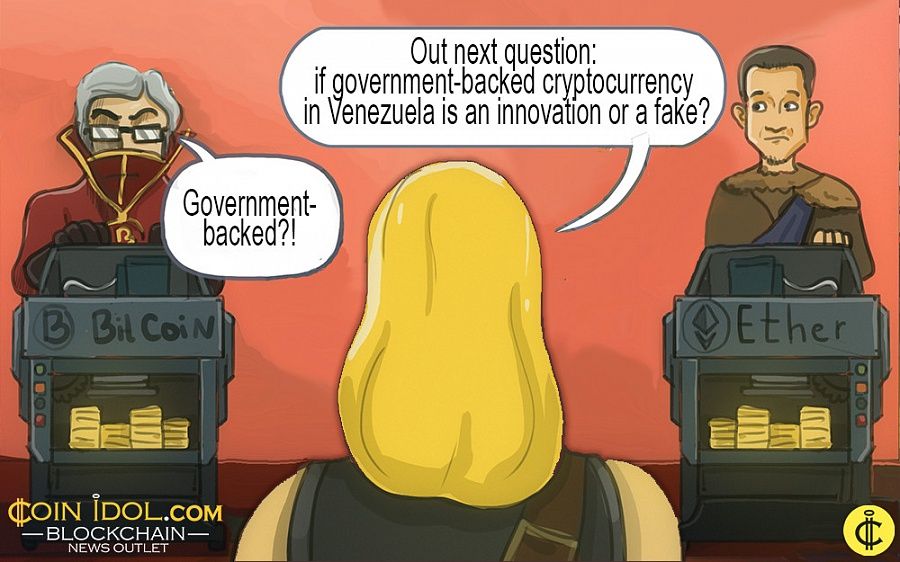 Starting February 20 Venezuela launches its own cryptocurrency called Petro and ICO. President of the country Nicolas Maduro brought the launch of the Petro to public notice in December. Maduro announced that each unit of the Petro currency’s value will be backed by one barrel of the oil-rich nation’s petroleum.

The White Paper on the Petro token says:

“Its launch will spearhead the promotion of an independent, transparent digital economy, open to direct citizen participation, which will serve as a platform for the development of crypto assets and innovation in Venezuela and other emerging countries with great potential”.

According to reports, the Petro token is making great efforts to resist the economic disaster in the country, which it has been experiencing for a while, resulting in hyperinflation. The Venezuelan government claims the new token will allow the country to get access to several kinds of hard currency that Venezuela desperately needs.

What Makes this Virtual Coin Special?

The designers hope the Petro will raise the hard currency value and also act as a payment media for foreign suppliers at the present moment when most of the deals are suspended by U.S. sanctions imposed on the Venezuelan financial market in 2017.

The digital currency is promised to be supported by oil found in one of the country's major natural reserves that makes it critically different from the traditional cryptocurrencies such as Bitcoin or Litecoin because it is backed by a valid product. Nevertheless, even the most famous of the cryptocurrencies have already had a rather loud launching process in 2018 due to various reasons, so there is no guarantee that Petro will be a big success.

Chartists say that the Petro is a desperate step to ensure cash in the terms of the unprecedented economic crisis caused by Maduro's socialist politics. There are food shortages and acute hyperinflation in Venezuela that can evolve to 13,000% soon, implying the collapse of the national currency, as the International Monetary Fund supposes.

It is worth mentioning, that the sanctions, put last year by Washington, prohibit U.S. banks and investors from buying just issued Venezuelan debt, in fact, keeping the country out from taking money abroad to bring in new hard currency or refund current economic burden.

Some analysts think the Petro can possibly become what is known on the cryptocurrency market as a shitcoin, a digital currency that becomes worthless over time or is considered a scam. Lawmaker Jorge Millan claimed recently that the Petro was not a cryptocurrency, but a forward sale of Venezuelan oil.